No matter who you are, you can create an entire story, complete with dialogue, just from this one photo.

And perhaps that what makes it so great. After all, a picture says a thousand words, but a perfectly timed photograph can speak entire novels.

It was only a few months ago when BoredPanda was going through some of the best entries for the LUMIX People’s Choice Award, wondering which photograph was going to snatch the prize. The Natural History Museum  announced which shot was the winner, and it’s no other than the fan-favorite “Station Squabble” by Sam Rowley! Otherwise know as “mouse fight.”

It’s not easy to capture the perfect moment, and some photographers spend their entires lives waiting for something to happen like this right before their very eyes.  For Sam, this moment happened in the London Underground and shows two mice fighting over scraps of food. The photographer had to rely on patience, as he had seen the fights before, so he decided to just lie on the ground and wait.

As you can see from the incredible shot he captured, it was well worth the wait.

“The competition attracts over 48,000 entries from 100 countries, highlighting its enduring appeal,” a Museum spokesperson said. That’s a tough competition to beat! The winners of the main competition (both the grand title as well as category winners) win a cash prize; however, the LUMIX People’s Choice winner does not receive a monetary price. Even so, the media coverage and exposure from such an established contest is enough to attract thousands of entries! 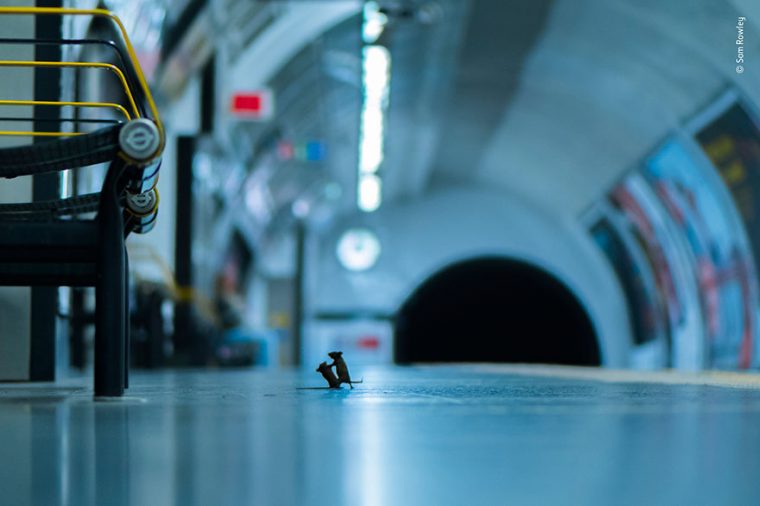 “Sam discovered the best way to photograph the mice inhabiting London’s Underground was to lie on the platform and wait. He only saw them fight over scraps of food dropped by passengers a few times, possibly because it is so abundant. This fight lasted a split second, before one grabbed a crumb and they went their separate ways.”

In regards to the photo award, there were some close calls. Sam had some serious competition from other photographers. Some won most commented on, or honorable mentions, and it must have been difficult to choose a winner. 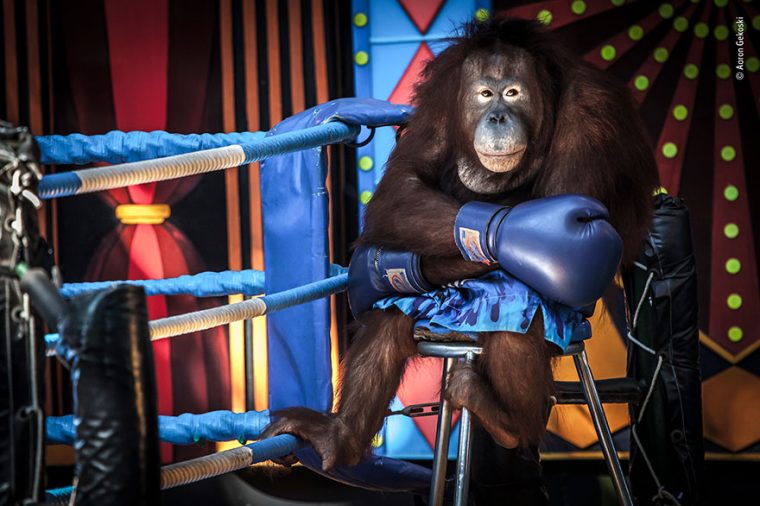 “Orangutans have been used in degrading performances at Safari World, Bangkok – and many other locations – for decades. The shows were temporarily stopped in 2004 due to international pressure, but today the shows continue – twice a day, every day – with hundreds of people paying to watch the orangutans box, dance, play the drums and more.” 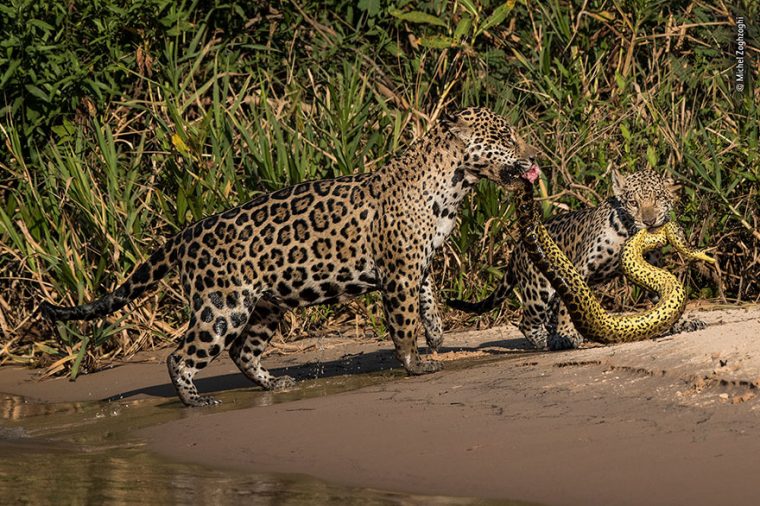 “Michel was in the Pantanal, Brazil photographing jaguars. One afternoon, as he was on the Três Irmãos River, a mother and her cub crossed right in front of his boat. He watched mesmerized as they left the water holding an anaconda with a very similar pattern to their own.”

Now, this next one really breaks our hearts here at MysticalRaven. We have spent time in the bush of South Africa, and we know how often rhino cubs end up as orphans. It’s a tragic tale, and this photo below tells a tale we know all too well. 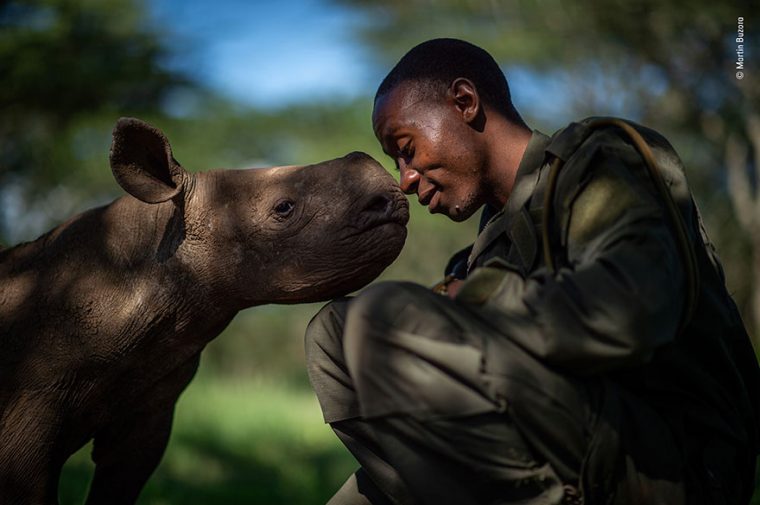 “Elias Mugambi is a ranger at Lewa Wildlife Conservancy in northern Kenya. He often spends weeks away from his family caring for orphaned black rhinos like Kitui here. The young rhinos are in the sanctuary as a result of poaching or because their mothers are blind and cannot care for them safely in the wild.”