This cat might just be the most beautiful in the world, all due to a rare genetic condition called “odd eyes,” or heterochromia.

There are some pretty special felines in the world, and this one is no exception.

Olive is an Oriental Crossbreed cat, white in colour, with an astonishing feature- her eyes. They’re two different colours, on each eye.

Normally, having two different coloured eyes is referred to as heterochromia, but this type that Olive has is special, and it’s called sectoral heterochromia. 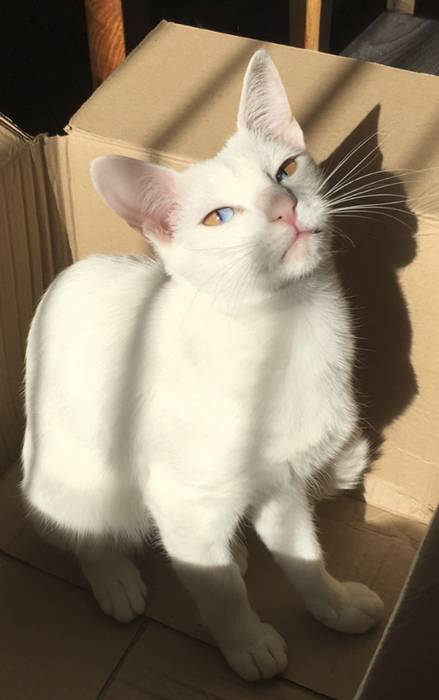 “Complete heterochromia is when a cat has eyes that are two independent colors– one blue eye and one green eye, for instance.

Sectoral heterochromia is when the iris of a single eye contains two colors– so, a single eye may be split between blue and green.” 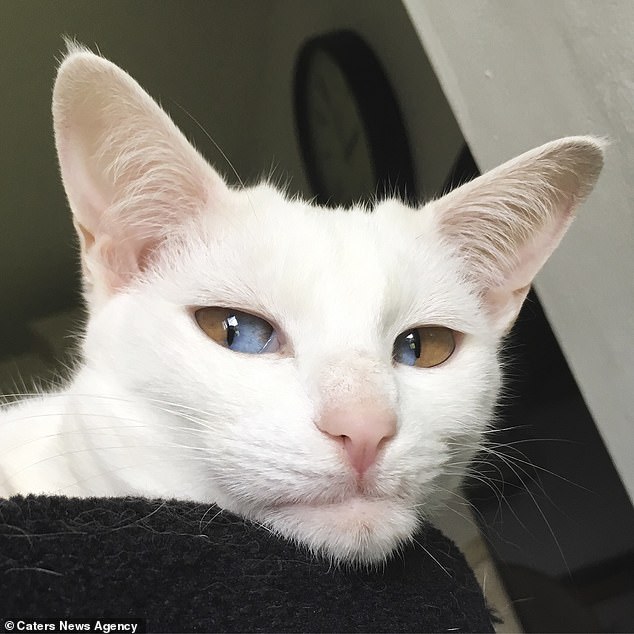 All kittens are born with blue eyes. You won’t begin to see the true color until a kitten is between 7-12 weeks old, when melanin (a pigment) begins to move into the irises. Eye color is determined by the amount of melanin that moves into the iris, and blue eyes are a result of no melanin.

As a kitten matures, sometimes her genes will prevent the melanin from reaching just one of her eyes, so one of her eyes will always be blue. That’s how complete heterochromia happens.

Sectoral heterochromia happens when there’s varying concentrations of melanin spread throughout one iris. Since melanin determines the color, this can result in a single eye of several colors.

While heterochromia is more prevalent in white cats, it is less common in the human population- only about 1% of humans end up with the condition.

The condition is genetic and typically affects white cats because of its connection to low melanin levels. 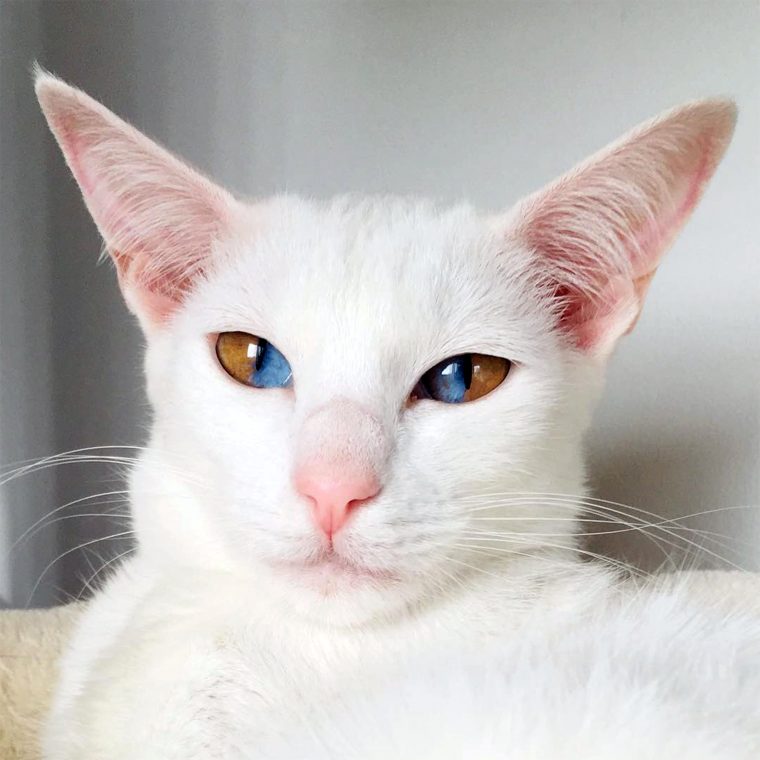 Kim, 50, is Olive’s human owner from Derby. She said she she had no idea how unusual Olive’s eyes would turn out when she bought her as a kitten. 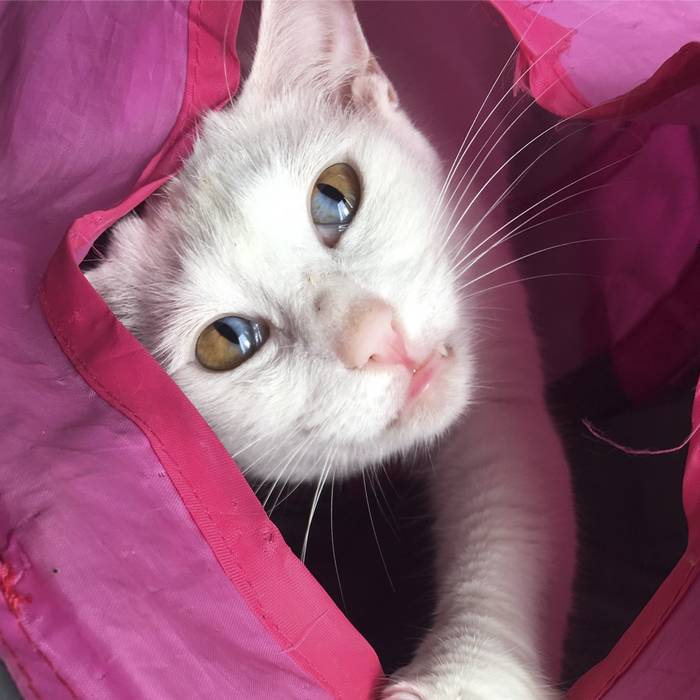 Kim said,” I sad the kittens on a pets sale site. I was looking for another kitty to join the family to make it 4 I wanted a lively kitten to fit in with my others.

“I didn’t chose her for her eyes. It was quite dark and when I picked her the lady lifted her in to the light and said she may have odd looking eyes. I didn’t know how her eyes would turn out.”

Well, we certainly think Olive is a showstopper, don’t you agree?