There are some natural things in this world which are true works of art.

You may not think algae is anything special, or beautiful for that matter, but you’d be wrong. The most exquisite example of this comes from a “living” chandelier concept that has us all smitten.

Lighting is an important component of any space: well-designed lighting creates a mood and brings life to a space. But what if that lighting fixture can also clean your air? 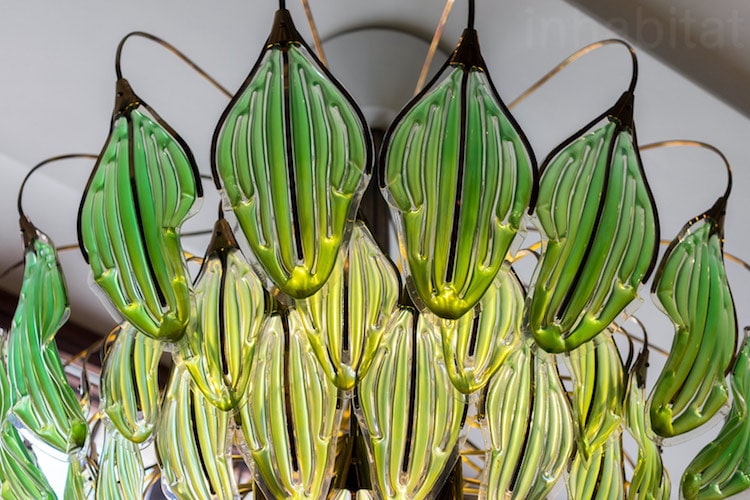 That’s the clever idea behind this living chandelier by London-based designer and engineer Julian Melchiorri, as shown by Inhabitat. Called the Exhale Chandelier, the design consists of custom-made glass ‘leaves’ that are populated with green algae, which absorb carbon dioxide from the air, while simultaneously providing extra oxygen for you to breathe. It’s kind of similar to an air-purifying houseplant, except that it’s integrated into a gorgeously made light piece. 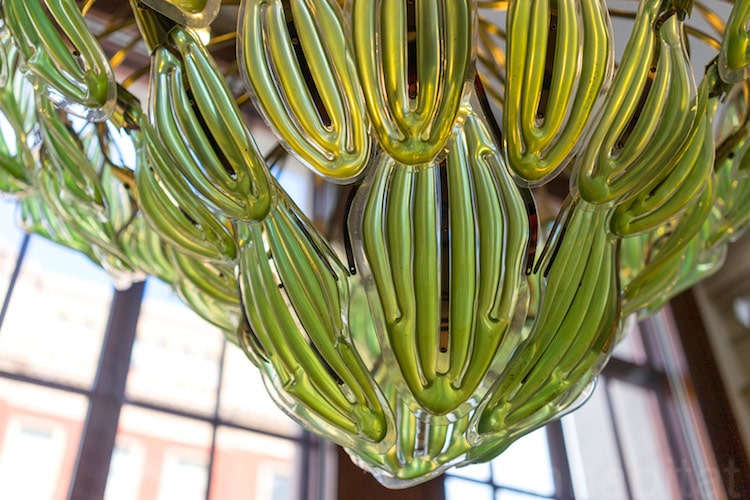 Interestingly, Melchiorri is also a biochemical technology researcher, who has spent years working with various living organisms to develop ‘artificial leaves’ in projects such as this one. 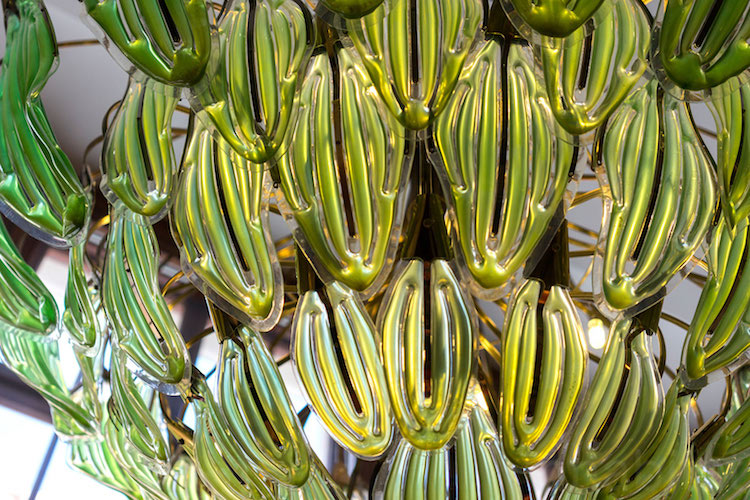 So far, the designer-engineer is exploring how synthetic biology, biomimicry and biomaterials might come together to help solve the sustainability crisis. He writes:

Over the last century, our constantly growing population is burning fossil fuels and destroying plant life, basically forcing a change in the atmosphere and climate, reverse-terraforming our planet. Having this constant issue in mind, I experimented with ways of making materials that can effectively photosynthesize and explored how this can positively impact the world around us. These technologies can revolutionize our urban environment both at a product and architectural scale by purifying the air we breathe, sequestrating carbon dioxide and producing valuable bio-products, only using water and light. 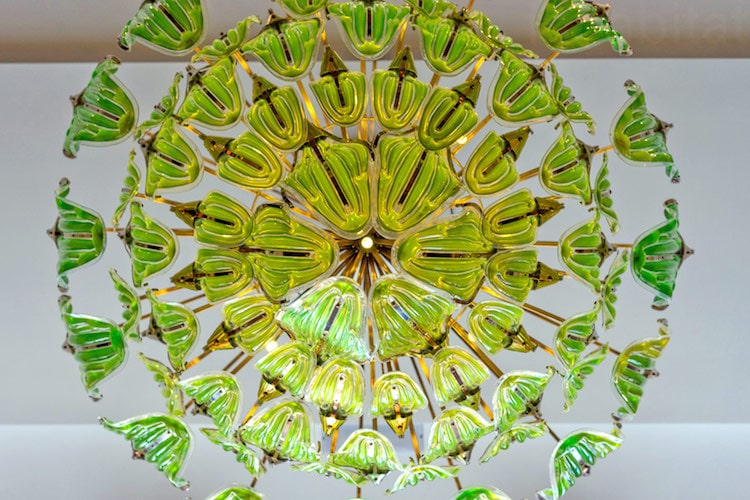 The concept and aim of biomimicry or biomemetics is to take design cues from nature itself, in order to solve everyday problems, as nature has been adapting and solving design problems since — well, forever — in the process called evolution. 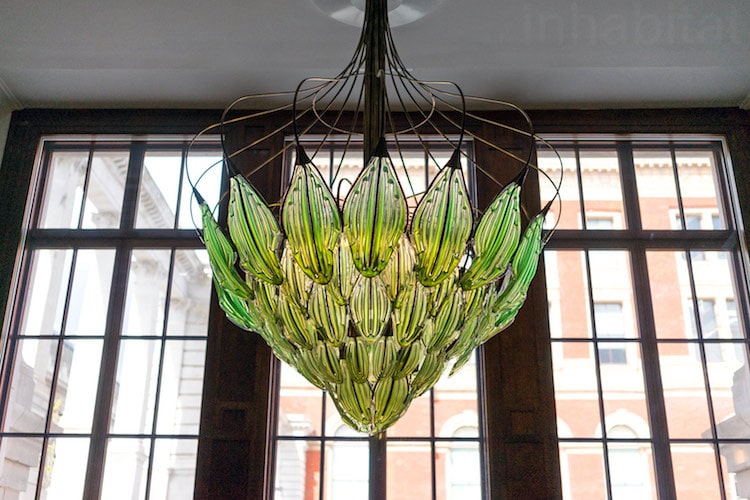 By looking to nature as a reference, and integrating those lessons into our built environments, we could do much to tackle the problem of long-term sustainability, as well as learning to live more harmoniously with our planet. The Exhale Chandelier is currently being exhibited at The V&A Museum for London Design Week. For more, visit Julian Melchiorri.