You’re probably asking yourself, “How can pottery send a message?”

Well, to be honest, I was thinking the same thing when I stumbled across these artistic works by Helen Hauss. After going through her other works, and reading her explanations for creating this project, it all makes sense. And you’ve probably seen Delft pottery before, but not like this. 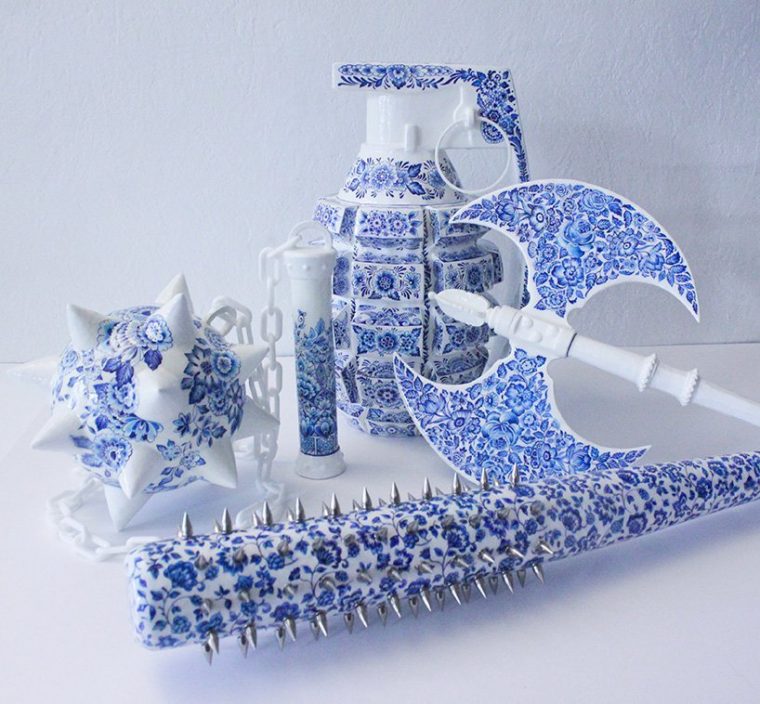 Delft Blue pottery is a general term for Dutch tin-glazed earthenware. Most of it is blue and white pottery, and the city of Delft in the Netherlands was the major center of production, but the term covers wares with other colours, and made elsewhere.

Wikipedia explains, “Delftware is one of the types of tin-glazed earthenware or faience in which a white glaze is applied, usually decorated with metal oxides, in particular the cobalt oxide that gives the usual blue, and can withstand high firing temperatures, allowing it to be applied under the glaze. It also forms part of the worldwide family of blue and white pottery, using variations of the plant-based decoration first developed in 14th-century Chinese porcelain, and in great demand in Europe.

Delftware includes pottery objects of all descriptions such as plates, vases and other ornamental forms and tiles. The start of the style was around 1600, and the most highly regarded period of production is about 1640–1740, but Delftware continues to be produced.” 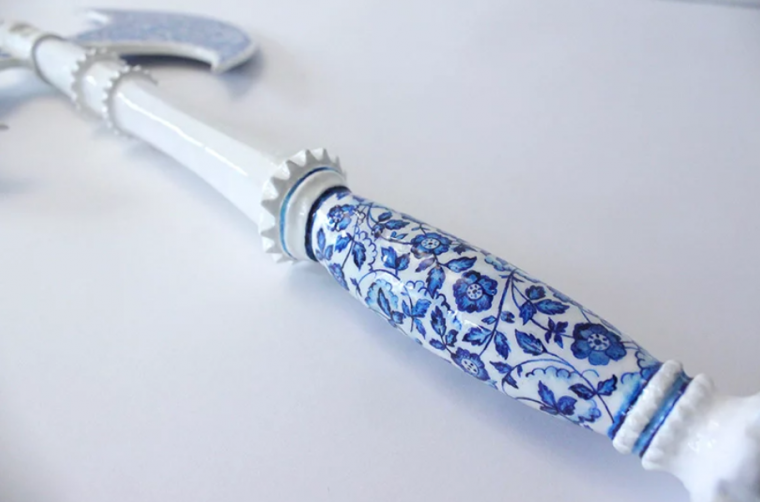 Helena Hauss, an artist in Paris, was inspired by it to create these sculptures that look like weapons, which are both brutal and lovely. 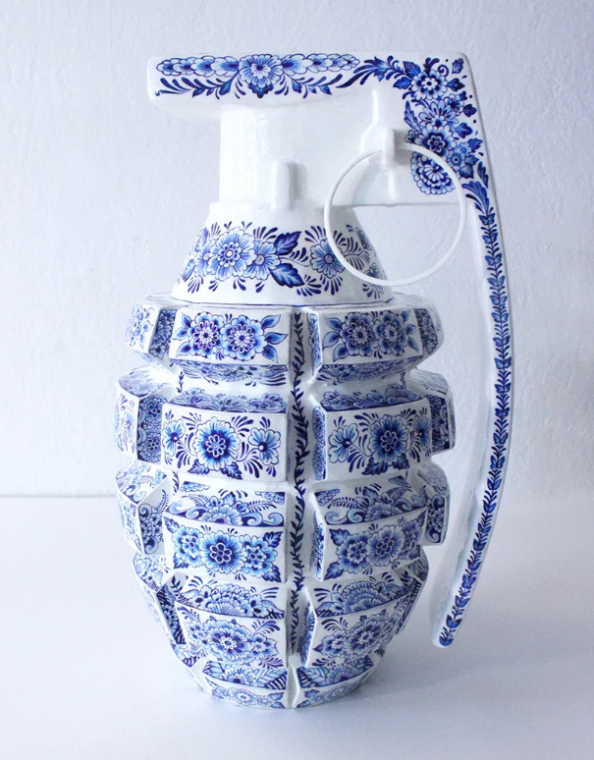 For the ongoing series ‘hell hath no fury, the Paris-based artist — who typical works with ballpoint pen — designed, cast and sculpted the collection of weapons herself as a representation of “the inner strength and fury that comes with being a woman, in contrast to an appearance of delicacy we’re too often branded with.” 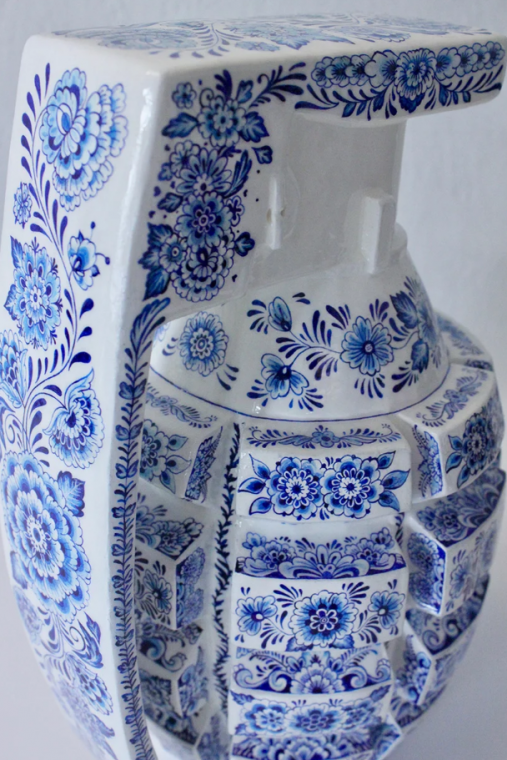 Hauss comments, on the inspiration behind the project:

“Too often portrayed as fragile and delicate, this project is an expression of the contrasting subtleties that come with femininity.”

“It’s about inner strength, fury and empowerment – as a way to say: contrary to what you might think; we’re not made of glass, porcelain or crystal, we’re not gonna break, we’re wearing full metal jackets, and we’re ready to fight back.” 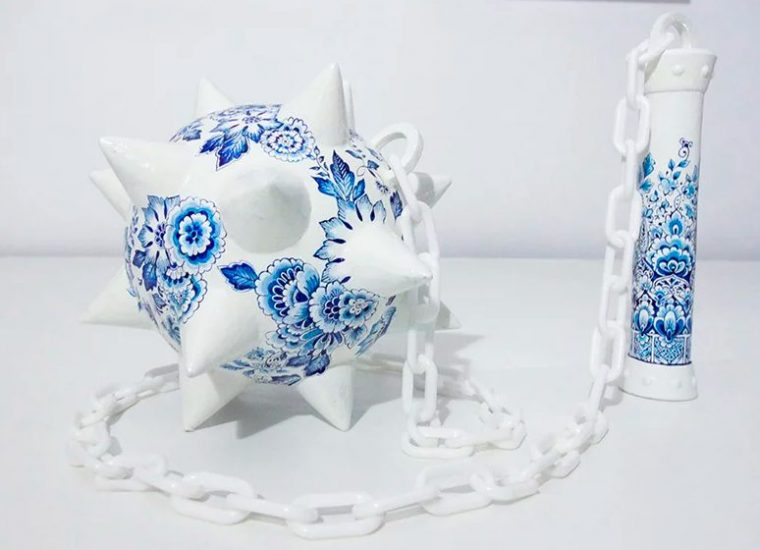 What do you think about these beautiful works of art? Be sure to let us know in the comments, and share with your friends.