This heat wave is one for the books, and you might be wondering how to cool down in a cost-effective way.

Air conditioners may be contributing to global warming, but in blazing hot countries like India, they’re simply a necessity during the summer.

Ant Studio, a design company based in New Delhi, has built a boundary-pushing structure that cools the air without using a single watt of electricity – and looks like a modern art installation at the same time.

Pairing up with Deki Electronics, also based in India’s capital, the Ant Studio team used a circular metal frame to bind hundreds of terracotta clay tubes, creating the Beehive. When soaked, the terracotta tubes absorb the water, and evaporate cool breezes as warm air pushes through them. It’s low maintenance, economical (due to the low cost and high availability of clay), and kind to the environment. “As an architect, I wanted to find a solution that is ecological and artistic, and at the same time evolves traditional craft methods,” Monish Siripurapu, founder of Ant Studio, told Arch Daily.

Feasible, functional, and fashionable, the Beehive is truly cutting-edge. Would you have one installed in your home? Scroll down to see it for yourself, and tell us the comments at the end. 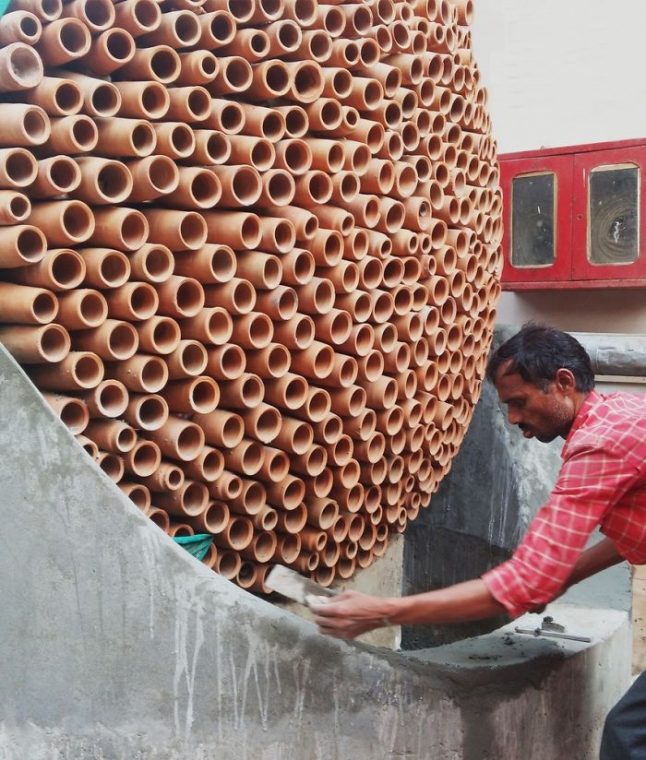 This idea came about because the factory of Deki Electronics was producing too much heat, along with the temperatures in India, it was having a negative impact on the employees and the community. Here is what Deki Electronics explains in their website about this creation: 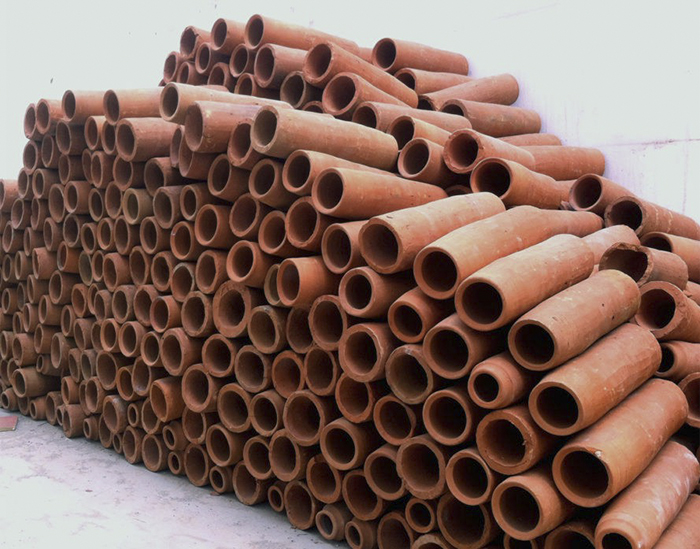 “In India, heat waves are prevalent during summer season and stepping out in the sun would mean getting sun burnt in most parts of the country. The heat is so intense that it is normal to touch 40 degrees Celsius. This makes it difficult for people to survive the sweltering heat. If the heat from the sun is intolerable, imagine on the hottest month of the year getting baked from the heat radiating from the genset at the factory of Deki Electronics in Noida.” 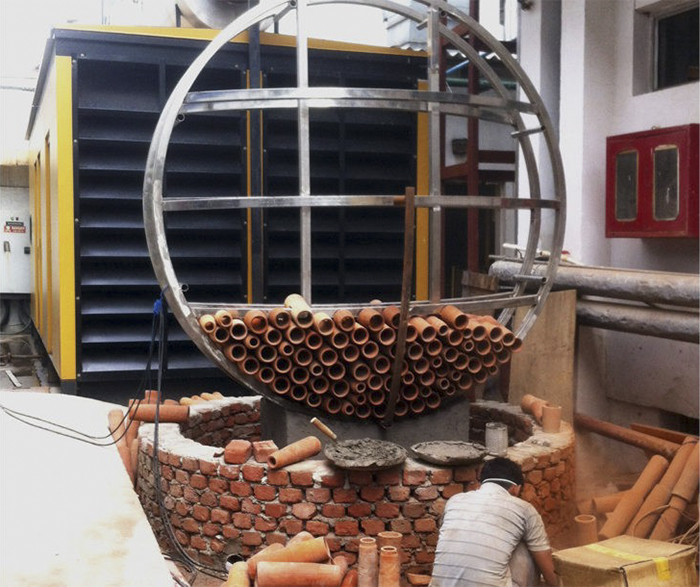 “This is the ply of the workers working in the factories where an enormous amount of heat is released from the machine. Moreover, the genset was placed at the entrance of the factory, which is on the driveway causing a major exposure of heat to the workers. Everyone crossing this area on a regular day got affected by the continuous outflow of heat flow. The radiator of the DG set released copious amounts of hot air at high velocities towards the employees working/passing by in the driveway of the factory.” 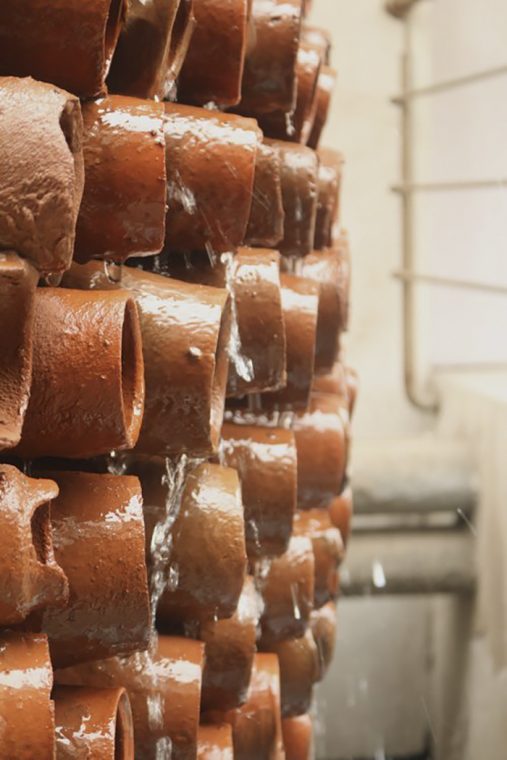 ” Not only do sweltering employees lose enthusiasm and productivity, excessive heat can also take a toll on their health and wellbeing. Therefore, there was a dire need to come up with an economical solution to ease the burden of workers who find themselves in strenuous situations many times a day due to the excessive heat produced.” 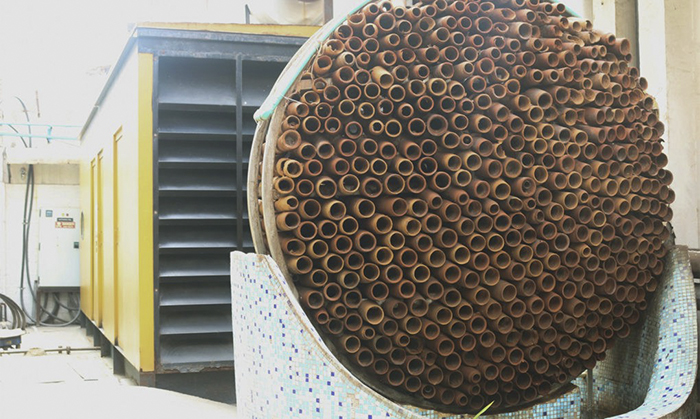 “The Egyptians fanned the porous jar of water to get cool air. The Romans on the similar concept, hung wet thick material on the doors of their houses or tents. Others, who were wealthy, constructed an artificial channel conveying water along the walls of their houses to reduce the temperature under extreme hot weather. These ideas from the past were analyzed and later assimilated in modern design form to create an energy efficient bee hive. Earthen cones, which is a sustainable resource to cool air was used.” 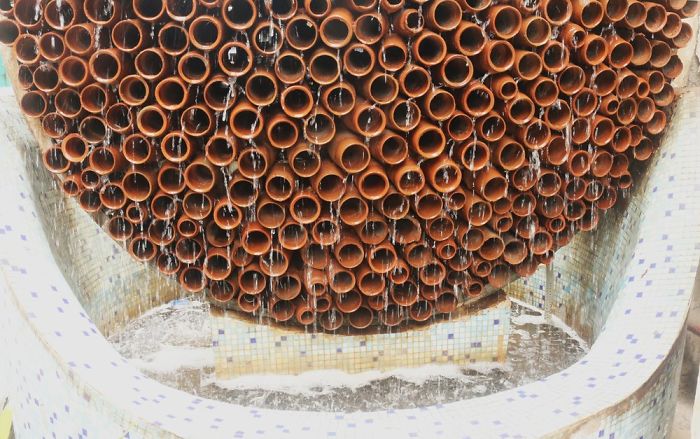 “The team at Ant Studio used an old method to provide an effective solution. Evaporative Cooling is a technique that cools the surroundings by reducing the temperature using water and local materials. It is an ancient technique, tracing back to the Egyptian period. The eco-friendly cooling system worked on the ancient method of cooling, which is evaporative cooling. This process cools the air by reducing its temperature.” 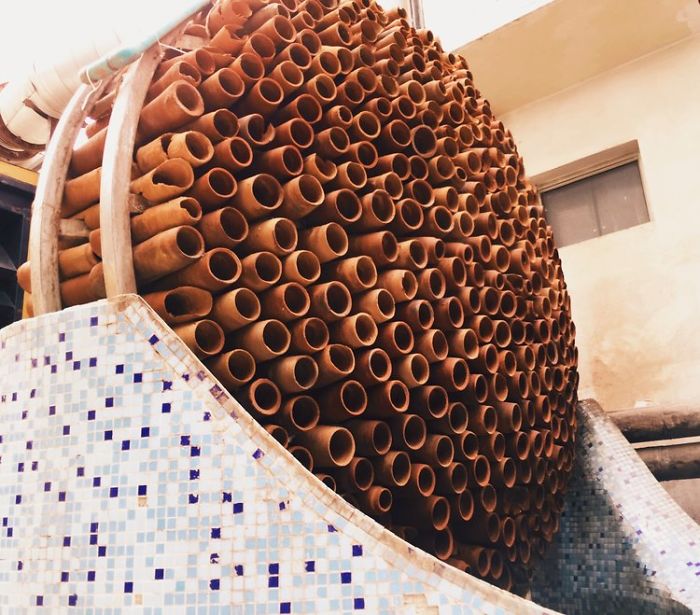 So what do you think? For more information, check out the Beehive by Deki.