Each one of the 5 designs was inspired by Japan’s most famous Samurai warriors.

Over the years, fans of the samurai armor aesthetic have found new accessories to show off their love beyond collecting an expensive ornamental suit with samurai armor for cats and dogs and even samurai armor style book bags.

Tadayasu, a manufacturer specializing in crafting traditional samurai armor–such as those displayed in homes to pray for the growing strength of children–has released high quality samurai “bottle helmets” based off of some of Japan’s most famous warriors.

The concept behind applying the Tadayasu’s traditional crafting of Japanese armor to bottle tops is one one of protection for special bottles you are saving for special occasions. The maker writes on their website that, “the kabuto helmet, a symbol of Japan’s traditional armor craftsmanship, is exquisitely reproduced. Thoughts are turned to feudal warlords…your favorite bottle becomes a “samurai,” and protects your thoughts and feelings.”

Tadayasu’s recently opened English language online shop provides a closer look at each helmet, as well as an informative profile of each renowned samurai. Each helmet is priced at $300 and comes with stands to use in place of bottles and special packaging. 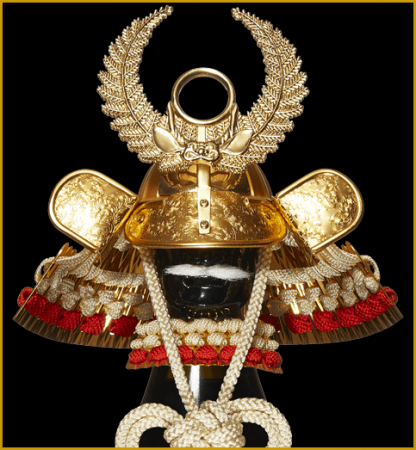 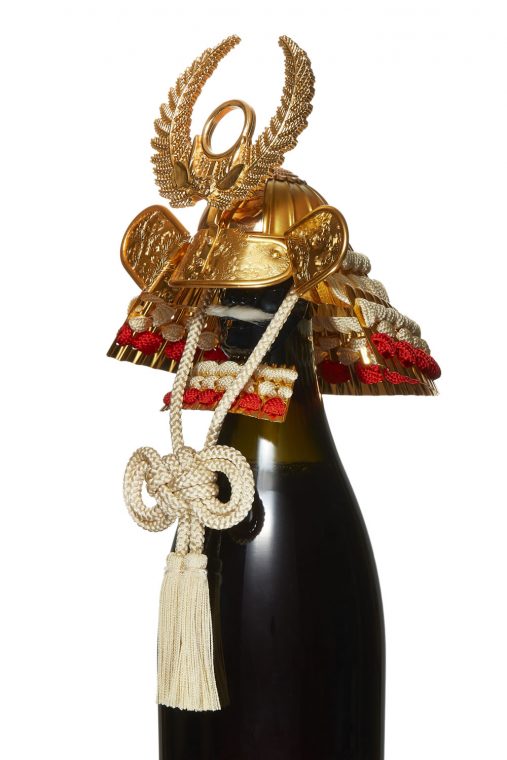 Lord Tokugawa Ieyasu, the first shogun, ended the period of war and built the foundation of the 300-year reign of the Tokugawa Shogunate. Your thoughts will turn to a true leader who successfully brought about a peaceful world. 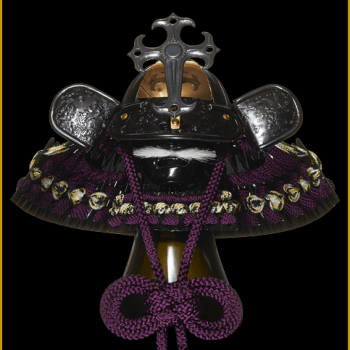 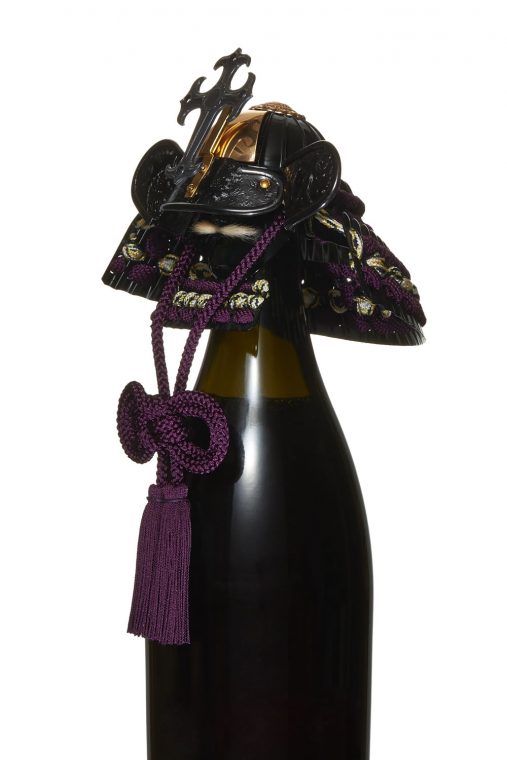 Lord Oda Nobunaga spent half of his life striving to unify Japan. Known as the “Conqueror of the Warring States,” Nobunaga was the first true leader who combined bravery with a proactive embrace of western culture. 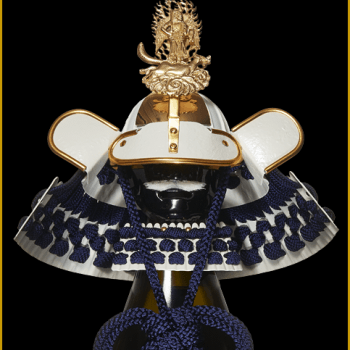 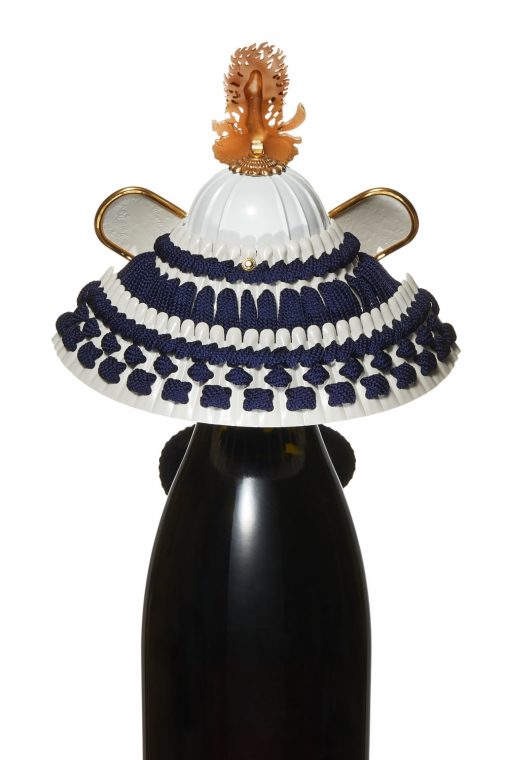 The warlord Uesugi Kenshin was blessed with both bravery and a talent for leading his troops. You will gain the subtle sense of the great warlord who is said to have prayed to the god Izuna Gongen depicted on his crest before battle, for victory for his entire army and for the peace of his fallen soldiers. 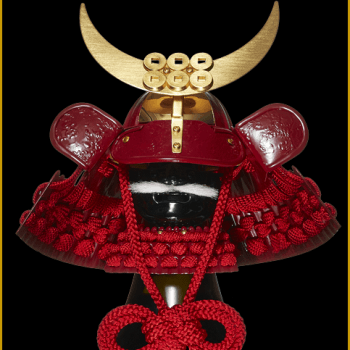 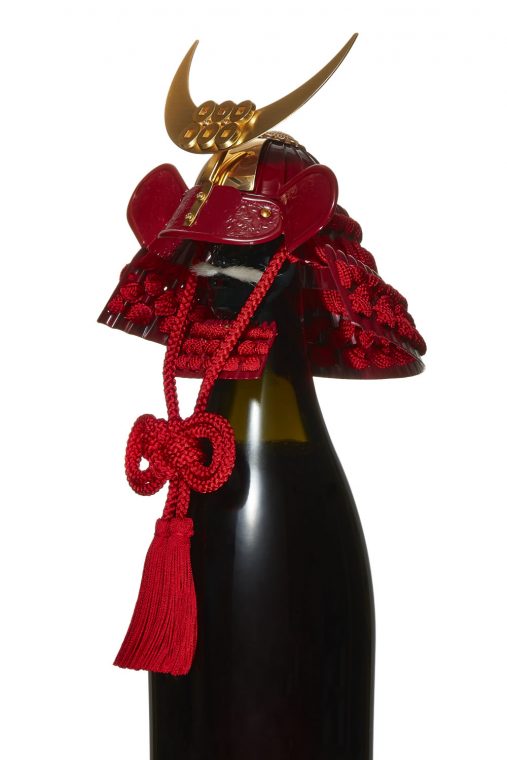 Lord Sanada Yukimura was a hero of the Warring States Period. Tales of Lord Yukimura’s intimidating red armor, said to have included red thread on the armor’s scales, have been passed down through the generations as a symbol of his bravery. 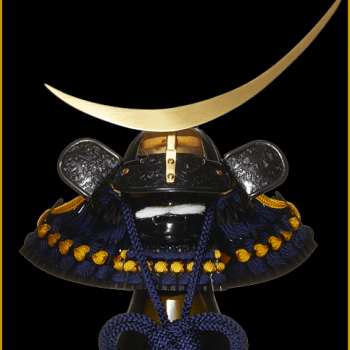 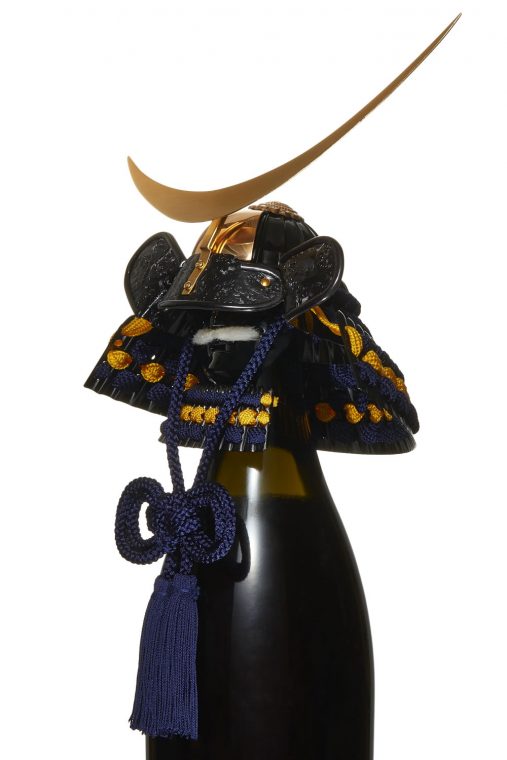 Lord Date Masamune was a feudal lord of the Warring States Period who boasted the largest forces in Japan’s Tohoku Region. Like a symbol of his ambition, the famed brilliant gold crescent moon crest of this product is highly impressive.

You can watch all of the intricate and detailed hard work that goes into the company’s Samurai armor in the video below: