If you’re like me, then you pretty much love anything that has to do with animals. Even flip-flops that are shaped like kitty cats will have you saying “I want.”

And as luck would have it, one Japanese company has made such an invention. We would like to say they are purr-fect. Sorry…Puns are also loved here.

It is a pretty well-known fact that when it comes to Japanese brands, they are the ones to create the most unique and extraordinary products.

We have already covered the magnificent ocean tea bags that look like real creatures are swimming in your cup so it seems that Japanese brands really like taking something ordinary and traditional and giving it a unique twist. So, it’s time to reshape the most ordinary thing you could think of – flip-flops. 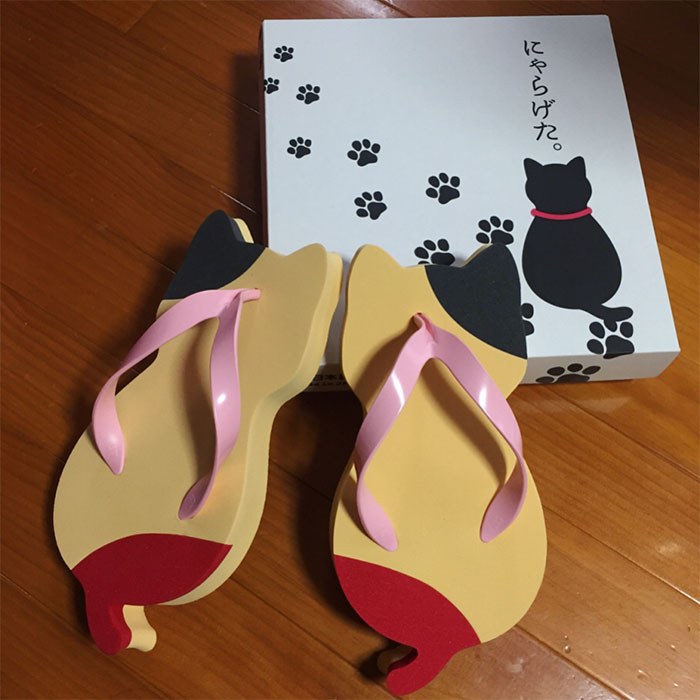 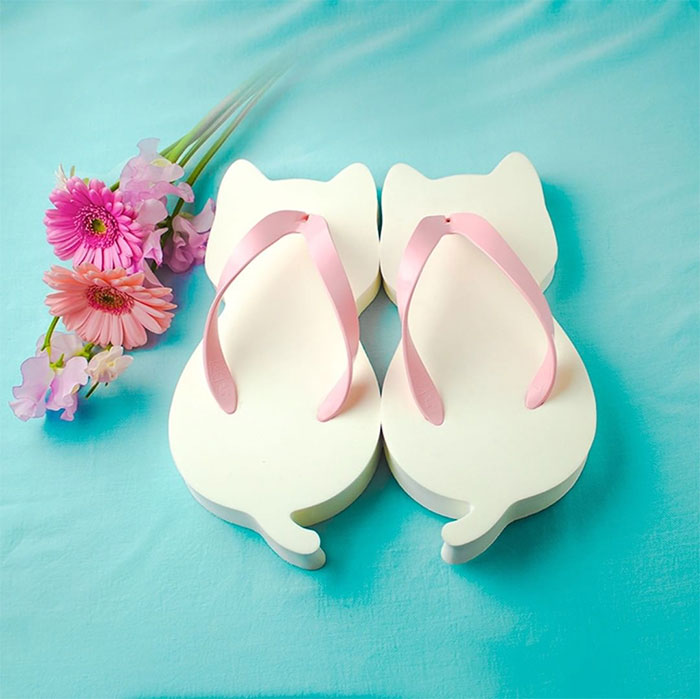 These cat-shaped sandals are a modern twist to the traditional Japanese footwear called Geta which looks like a mixture of clogs and flip-flops. 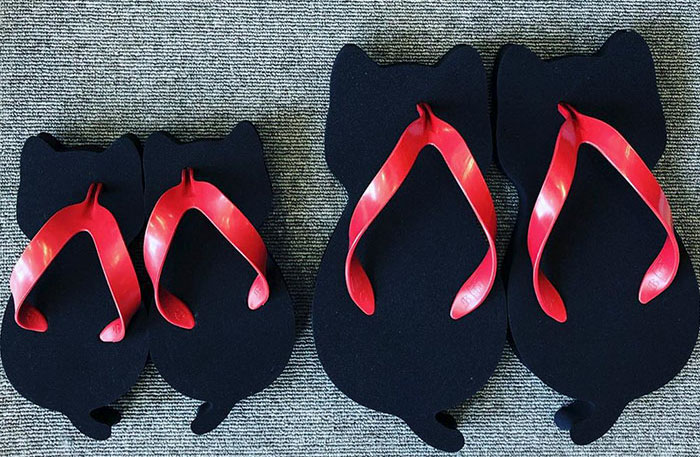 The name of the company is also a word-play

The name is Nyara Geta which is a combination of three words – Nya which translates to meow from Japanese, Nara – that stands for the city where the slippers are made at and geta, as mentioned before, stands for the traditional Japanese footwear.

Adding a modern twist to traditional Japanese sandals, these slippers are made from a soft material called EVA instead of traditional wooden material. Needless to say, these sandals will definitely be more comfortable on your feet throughout the warm summer days. 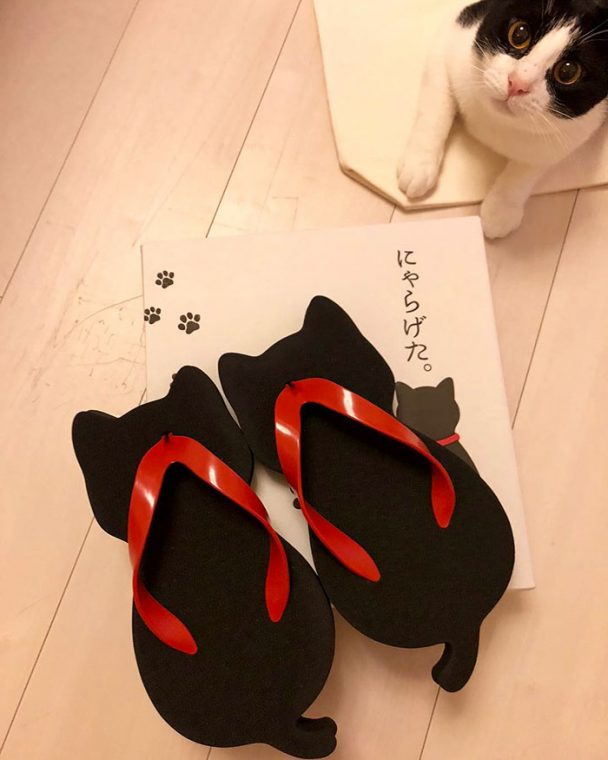 There are now 9 different designs of these sandals and they are usually paired with a summer kimono for a finished look.

There are several styles and colour combinations to choose from, and the website alone is worth checking out for its graphics. They are too adorable.

Even if you’re not a huge fan of these sandals, they are a pretty cool novelty item. I would like to order a pair but I think my dogs may devour them while I sleep.