It might be time to clamber into the loft to retrieve your old Disney favourites – they could end up funding your first house deposit, a year of travelling or a new car.

Because old classics like The Little Mermaid and Aladdin are being flogged on eBay for upwards of £14,000 ($17,500). This is not a drill. Bet you’re glad you didn’t let your mum sell them at a car boot sale like I did. 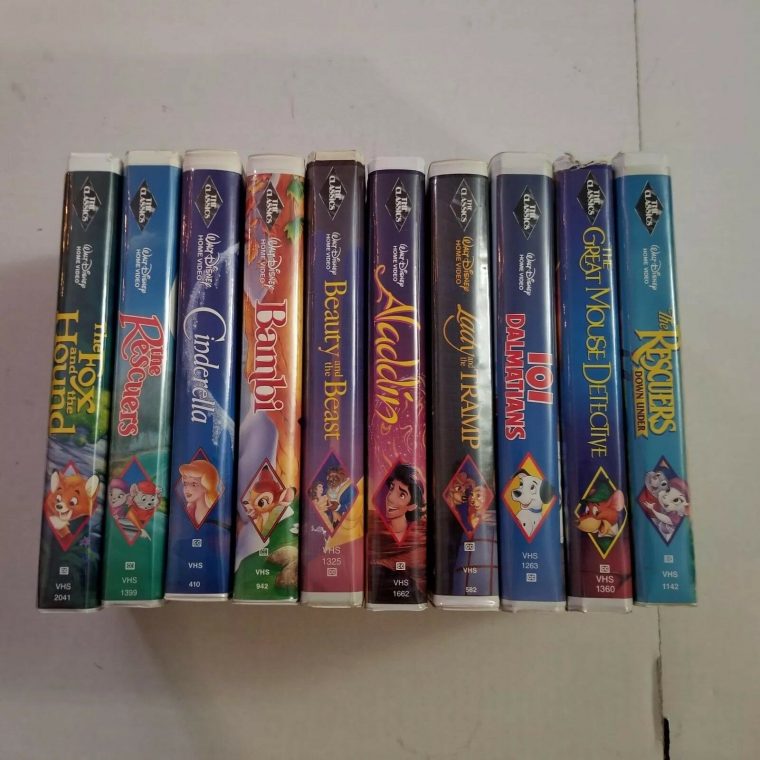 What’s more, there are some collections on the auction site for less than a tenner, meaning it’s well worth spending some pennies on them to make your money back – with a cheeky bonus for good measure.

One seller is flogging 10 ‘Rare Black Diamond Disney’ films which include some of our childhood favourites like Cinderella, Bambi, Aladdin and 101 Dalmatians.

The description of the collection (very honestly) explains that the cases are ‘decent with some minor cracking and yellow from age’. It adds: “Pre owned with signs of use but overall a great set.”

The seller claims to have a rare ‘first issue’ label and a cover that has now been discontinued… and we all know that with discontinuation comes value. 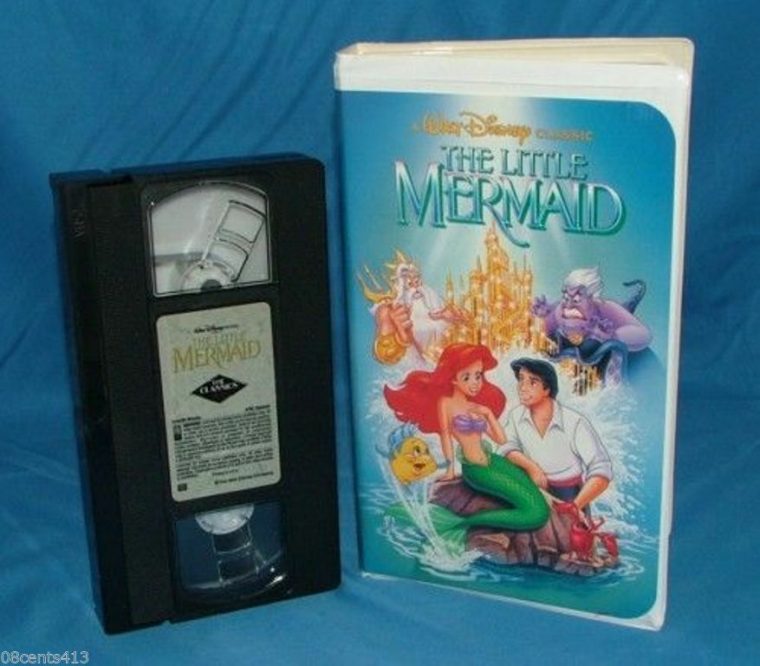 This The Little Mermaid tape could set you back nearly £8,000.

Both the collection of 10 films and The Little Mermaid are said to be ‘Black Diamond’ tapes, which means that they were released between 1984 and 1993.

If you want to figure out whether yours are worth this extortionate fee, you can check whether they have the special edition ‘Classics’ logo. This can be found in the upper spine of the case, which will also have a black diamond (funnily enough) around the outside.

So maybe the ones for a tenner that I’ve just bought are actually worth just that. 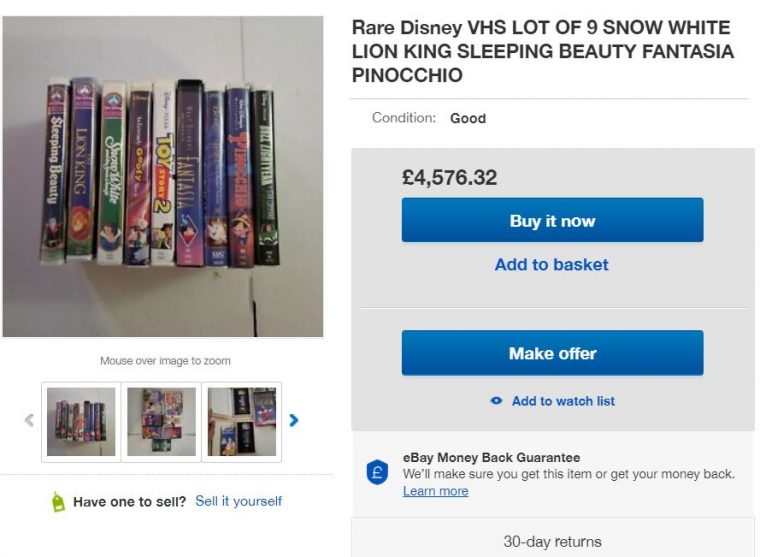 They claim to be ‘rare’ still but this set features Sleeping Beauty, Lion King, Toy Story 2 and Pinocchio.

Anyway, if someone bought a set of Disney films from a blonde woman at a car boot sale five years ago, her daughter really needs them back.