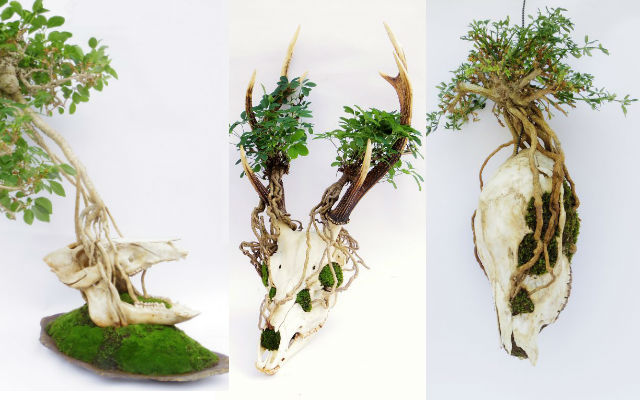 As an unfortunate result of depopulation and a decrease in hunting in the countryside, sometimes increasing numbers of animals such as wild boar and deer in Japan can be deemed dangerous to natural forest areas as well as farming. While these animals often end up being culled, only 10% of their remains are properly utilized outside of consumption. Tokyo Bonsai Lifestyle aims to make sure that remains are not discarded in waste with a project that thematically emphasizes life emerging from death called the SKULL BONSAI series.

The result is an artistic series that walks the border between beauty and macabre, reminiscent of a True Detective crime scene while managing to preserve endurance and quiet grace of a bonsai tree. Here are the skull and bonsai combinations, along with their thematic messages via Tokyo Bonsai Lifestyle

This piece uses a female deer skull and yellow ume (plum). The golden yellow plum (a sign of oncoming Spring) emerging from the remains of the deer head is said to symbolize the “baton touch” of life, passed from the dying to the living. 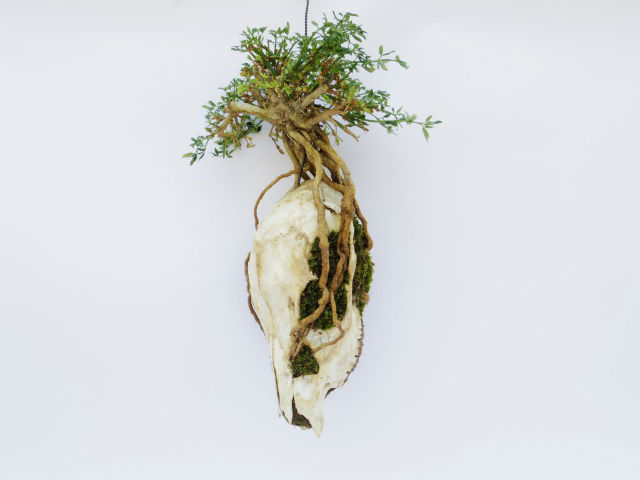 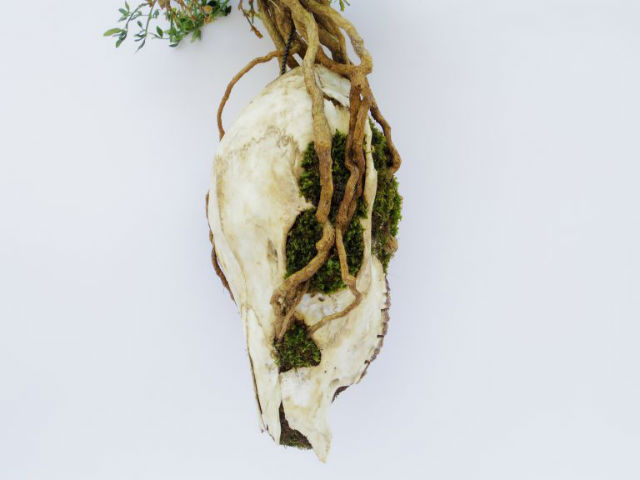 “Shrieking” features Forsythia bonsai bursting out of the skull of a boar, arranged in a position where the skull appears to be wailing out with a fierce cry. Conceptually, “Shrieking” is supposed to reflect overcoming the fear of death and the importance of living strongly. 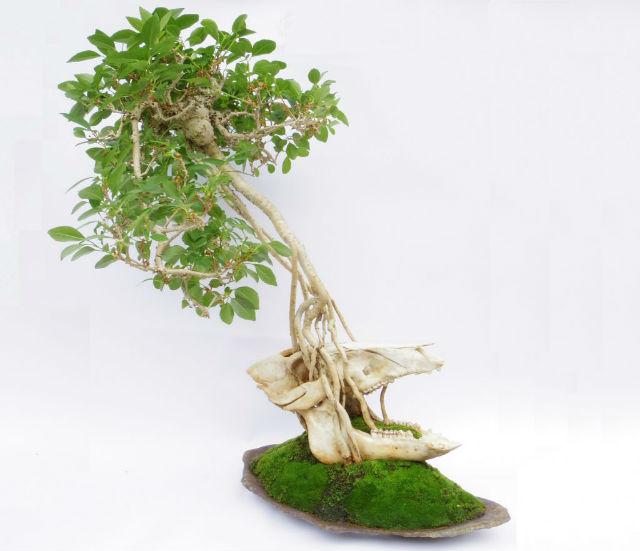 The female deer skull and aloe bonsai combination is inspired by William Golding’s novel, Lord of the Flies. The piece is modeled after “Lord of the Flies” pig head offering to the novel’s mythical beast, and is supposed to represent a being revered as regal and holy to the forest such as a deer, but also a lurking natural darkness in the hearts of human beings. 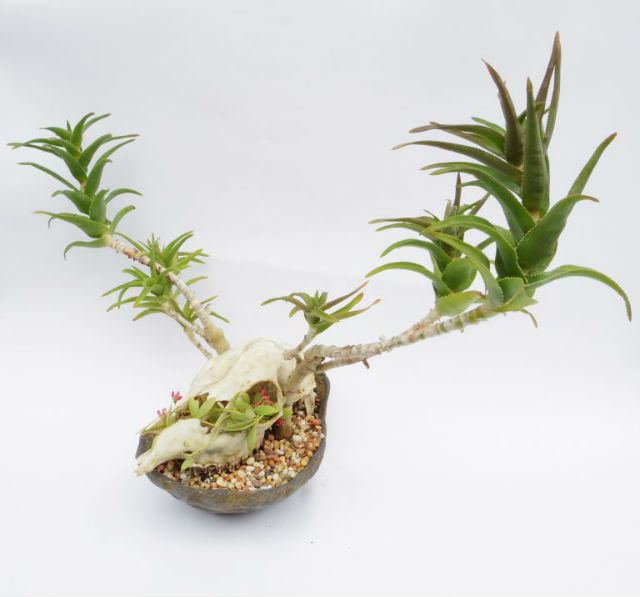 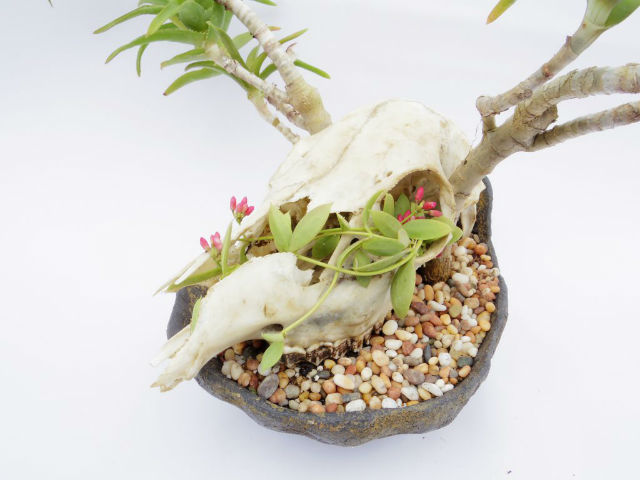 SKULL BONSAI is just one series of impressive bonsai trees produced by Tokyo Bonsai Lifestyle. They also have lineups of gorgeous bonsai that feature everything from fantastical miniature buildings upon clifftops and Buddhist imagery.

This Buddha forest signifies overcoming our worries and finding peace.

We all have a Warrior within.

Have you ever seen anything so lovely?

For more information about their various fascinating types of original bonsai trees, check out Tokyo Bonsai Lifestyle at their homepage and Instagram.