If you’ve ever wanted to escape to your own fairy tale hideaway, you may not have to venture farther than your own backyard.

It’s not just you: These cabins are irresistibly charming. 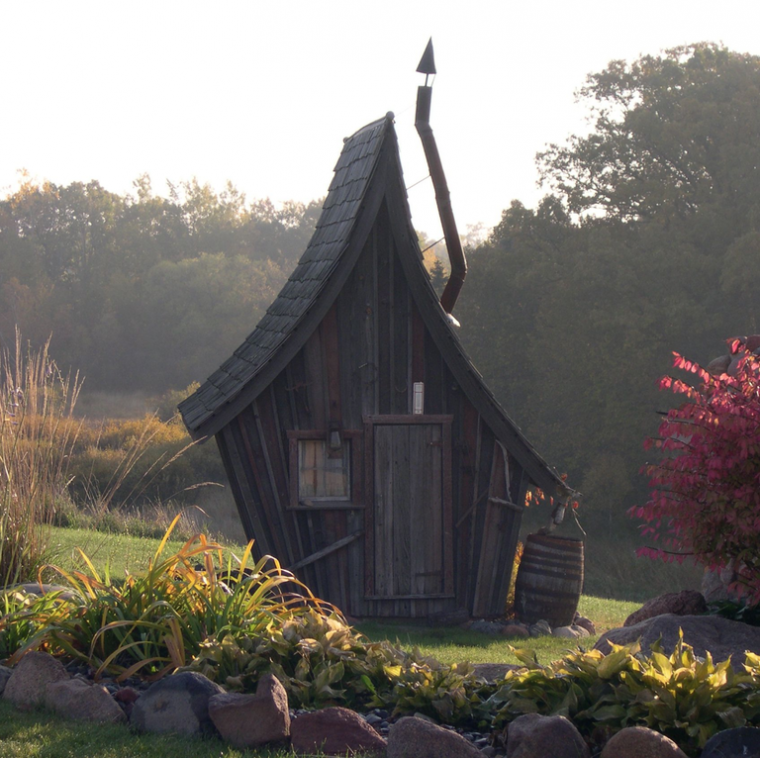 “When I built the first one, I had to hide it,” says Dan Pauly, the creator of the Rustic Way, a Minnesota company specializing in whimsical structures that look straight out of a fairy tale.

People would constantly knock on his door wanting to see inside it, and he received tons of requests to build more. So he had to move the cabin to his backyard to shield it from people who’d fallen under its spell. 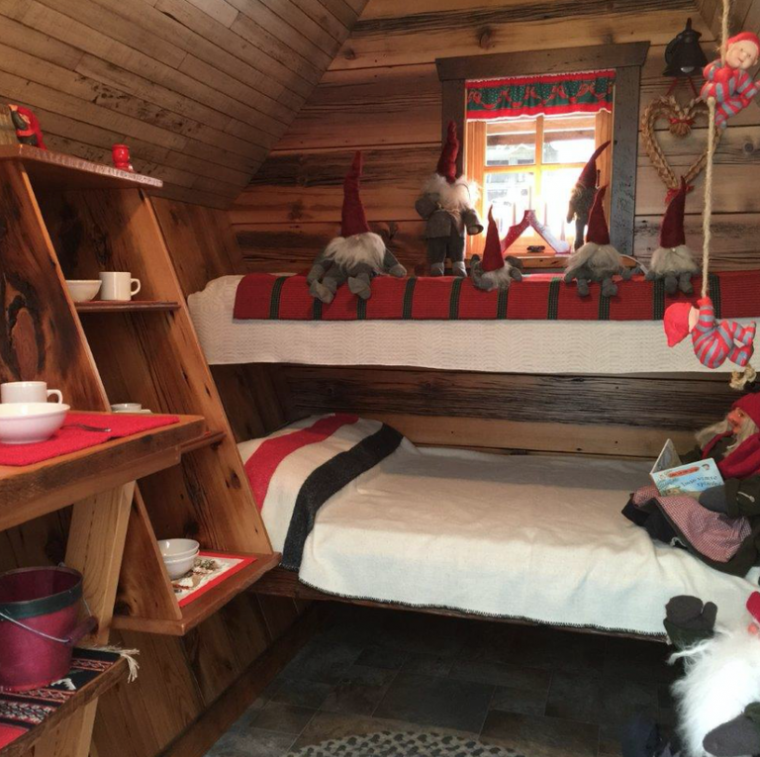 Eventually, though, the fascination turned into fodder for a special kind of construction company, and the Rustic Way was born.

A fourth-generation craftsman, Pauly was inspired to build the cabin as a hobby after years working in construction. “I got bored making everything all straight and square, and using the same color of lumber,” he tells House Beautiful. “I wanted to break all the rules.” 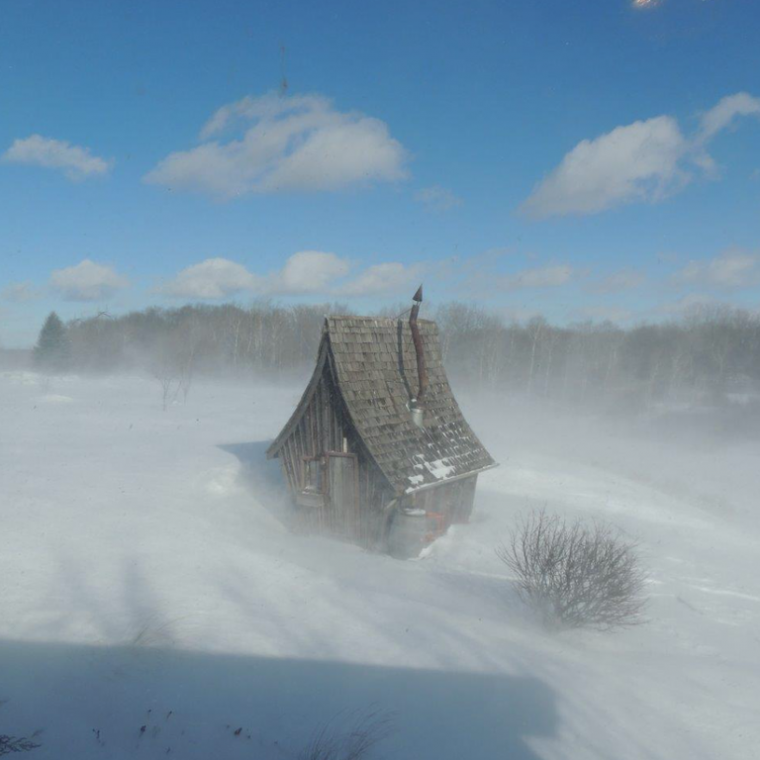 And that he did, as is evident in the quirky curves and bends of his creations—or how the chimneys and some of the window panes are set adorably askew.

Even better, these cabins aren’t just empty pretty shells. They can actually become anything you want: a sauna, a guest cottage, a playhouse, or even a retro-cool bathhouse. 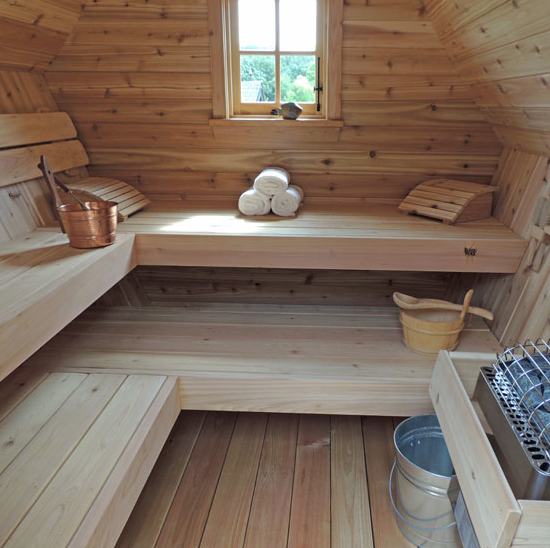 And each one is unique, not just in the way it’s customized on the inside, but because Pauly uses only reclaimed lumber for the exterior. “Every wood is different,” he explains. “One piece could be 340 years old, and it’s got a patina on it from the original varnish, from the sun, from age.

The woods are all different colors and shapes. I feel like a painter playing around, mixing them up and putting them together in interesting ways.” 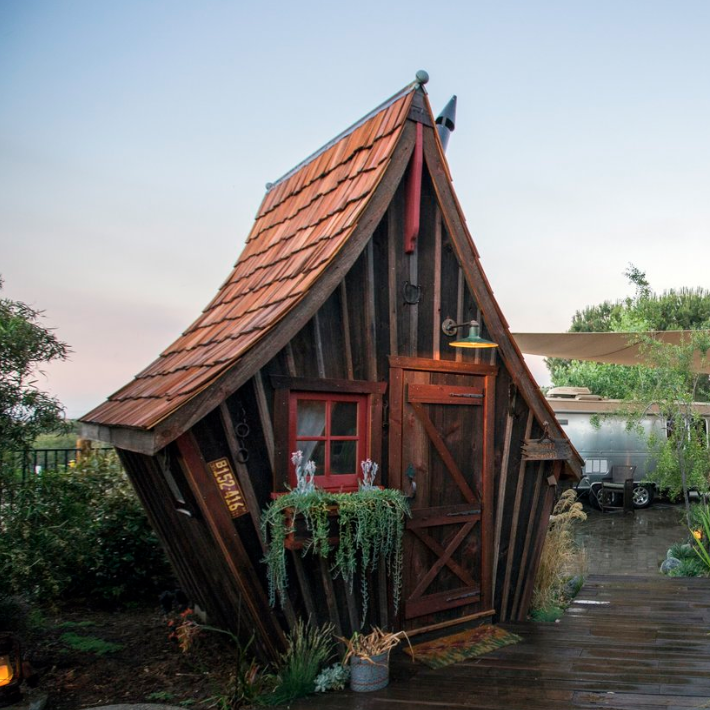 Pauly tries to keep track of the wood’s sources, so you can know if there’s a particularly intriguing piece of history built into your cabin.

“It’s not like I can go to Home Depot and get this wood. It’s one-of-a-kind.” And for those who love the idea of building their own, just know these designs are copyrighted, although Pauly is looking for apprentices to pass on the legacy.

So if you’ve ever wanted to escape to your own fairy tale hideaway, you may not have to venture farther than your own backyard.