If there’s one thing humans are good at, it’s visually processing information- and that’s exactly how this subconscious test works.

I’m sure you have heard of the Rorschach inkblot test by now.

The Rorschach is what psychologists call a projective test. The basic idea of this is that when a person is shown an ambiguous, meaningless image (ie an inkblot) the mind will work hard at imposing meaning on the image. That meaning is generated by the mind.

By asking the person to tell you what they see in the inkblot, they are actually telling you about themselves, and how they project meaning on to the real world.

In many ways, this test is similar to the one you will be taking today.

All you have to do is look at the image below and let your mind relax. What is the very first thing you noticed, or the first picture you saw jump out at you?

Read your answer below and be sure to let us know in the comments if this was accurate for you!

What Do You See First? 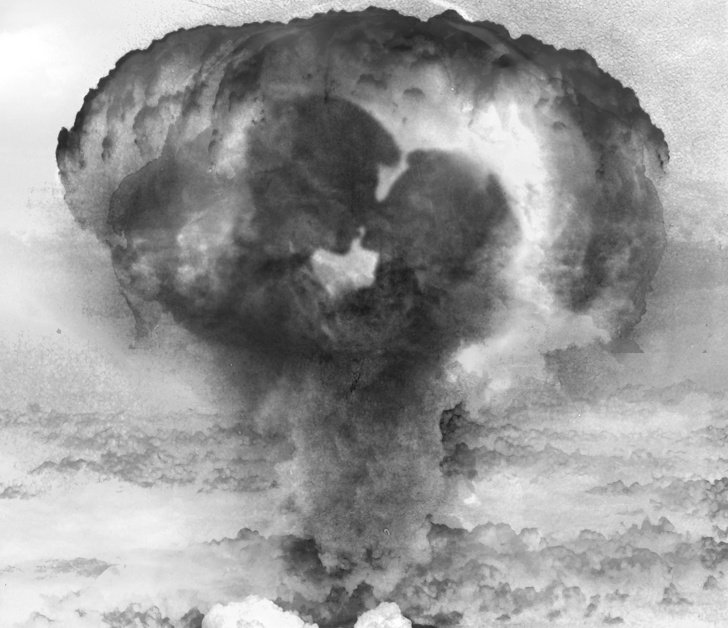 Once you have let your answer, scroll down to read your results.

If you saw the COUPLE first:

You worry a lot, are quite introspective, and always prepare yourself for the worst.

You definitely overthink things quite a lot, which means you are often worrying about things that aren’t important, or aren’t even an issue at all. You’ll create nonexistent situations and conversations in your head that you later realise are actually quite silly and totally unnecessary.

You understand yourself well, and you’re also a person who tempers their own ambitions. You hate being disappointed, so would rather prepare yourself for failure than go all out believing you’re going to achieve something, only to have your dreams crushed.

If you saw the EXPLOSION first:

You have a great need for other people to like and admire you, and you have a tendency to be critical of yourself.

You have a great deal of unused capacity which you have not turned to your advantage. While you have some personality weaknesses, you are generally able to compensate for them. Disciplined and self-controlled outside, you tend to be worrisome and insecure inside. At times you have serious doubts as to whether you have made the right decision or done the right thing.

You prefer a certain amount of change and variety and become dissatisfied when hemmed in by restrictions and limitations. You pride yourself as an independent thinker and do not accept others’ statements without satisfactory proof. You have found it unwise to be too frank in revealing yourself to others.

If you enjoyed this test and found it to be accurate, be sure to share with your friends and find out what they think too.