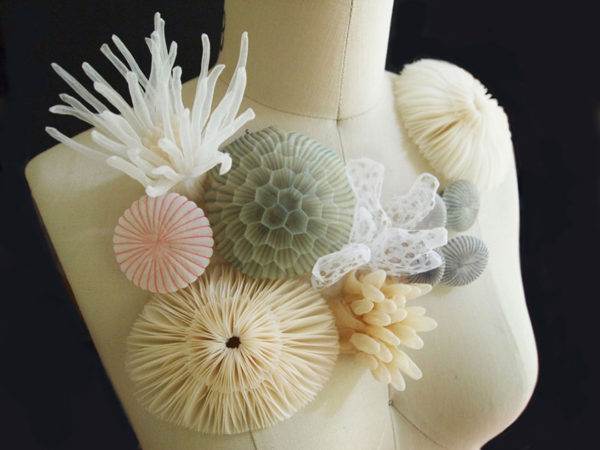 You could be forgiven for thinking that the things in these pictures are a species of sea creature, or perhaps a type of organism found on another planet entirely. But despite their otherworldly appearance, they are in fact items of delicate jewelry created by Japanese artist Mariko Kusumoto.

Based in Massachusetts, Kusumoto makes her ethereal wearables by heating translucent fabric until it holds the shape she wants. The fundamental simplicity of the process creates a stunning contrast with her often intricate designs in order to produce a beautiful paradox that is both majestic and captivating.

“My work reflects various, observable phenomena that stimulate my mind and senses; they can be natural or man-made,” says Kusumoto. “I ‘reorganize’ them into a new presentation that can be described as surreal, amusing, graceful, or unexpected.” As you can see from the pictures below, they can also be described as awesome. Thanks to BoredPanda for this post  | Featured image source