Would you like your own shiny magic orb? Now you can make one at home with these simple steps:

Aluminum foil looks pretty boring. It is used for packaging, insulation, cooking… and making really shiny balls that appear to have no real purpose, apparently. That’s right, thanks to a Japanese jeweler, the whole country became obsessed with refining these metal leaves, and we aren’t sure how to react.

According to Twitter user @puchuco709, they took a whole 16-metre (52-feet) long roll of aluminium foil and showed the process for producing the shiny orb.

People instantly fell in love with this low-budget DIY project, flooding Japanese social media with their very own versions. Can you think of a use for it? Let us know in the comments!

We found a creative blogger by the name of Seamster on Instructables.com who shows us how he made this happen:

Seamster says, “I took an elementary approach to this and just used mallets, hammers, and some aluminum polish. For the time and effort, I was pleased with the results. There was no sanding involved whatsoever – only pounding, tapping, and polishing by hand.” 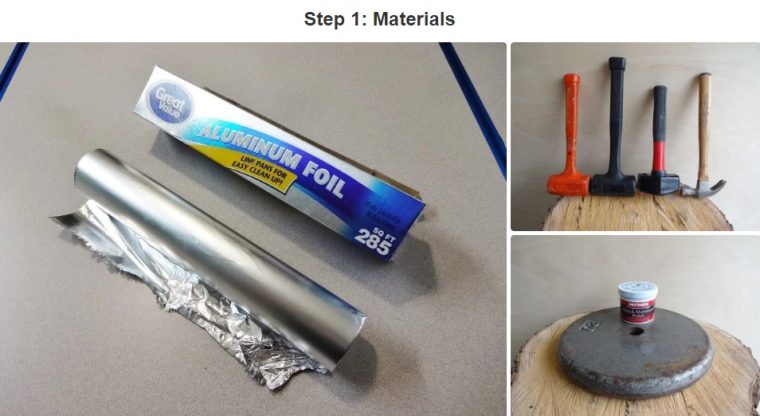 To begin, you’ll need a roll of standard aluminium foil, various mallets and hammers to see which works best for you, any brand of aluminium polish, lots of rags, and an extremely hard surface to work on. Seamster used a 20lb barbell and a tree stump.

Ideally, you want to try and compact the foil into ball shape as you work with it. Try not to cut yourself on the edges, as I have done in the past. You think a papercut is bad, try a foilcut.

Working with gloves would be a great idea. Not just for safety, but for mess as well. 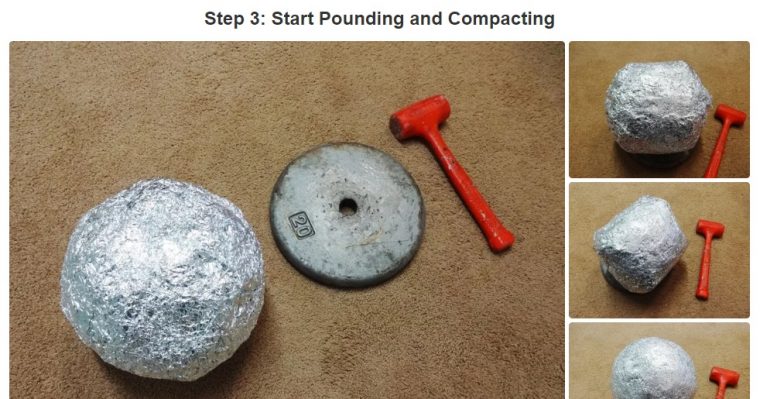 Seamster says, “I started pounding on the aluminum foil ball with small dead-blow mallet on top of the 20 lb weight. You just need to do this on a hard surface, like a sturdy table for hard floor (doing this directly on carpet won’t work very well).

I worked around the circumference of the ball making small blows to pack the aluminum foil tighter, until it was in a sort of marshmallow shape.

Then I rotated the shape and worked around the foil turning it into a kind of roundish pillow shape. The peaks of this pillow shape were then pounded in until it was back to ball shape, albeit smaller than before.”

You can see why the gloves are important.

Seamster advises, “The main thing is to not pound too hard and to avoid making overly deep indentations as you go.

Each blow should be enough to compact the foil a little bit, but you don’t want to deform the material so much that you end up with an unfixably non-round shape.

At some point the ball will be compacting less and less noticeably, so it becomes a more random process of continually examining status and knocking down high points. It’s a slow sculpting process, and a bit of a workout.”

“Cracks will begin to appear in the ball as you continue to compact it. You just keep pounding around the ball uniformly, and the cracks will appear smaller and smaller.”

“When you’re nearing the end, you’ll notice the foil not really compacting any more. Earlier on, each blow would make a hollow thud as the ball absorbed the blow and compacted a little.

But toward the end each pound will ring more solid, and the ball will bounce as the strike transfers cleanly through it.

I switched to a smaller hammer and began using it to tap out all the high spots and small irregularities. As I did this, the ball became more and more shiny.” 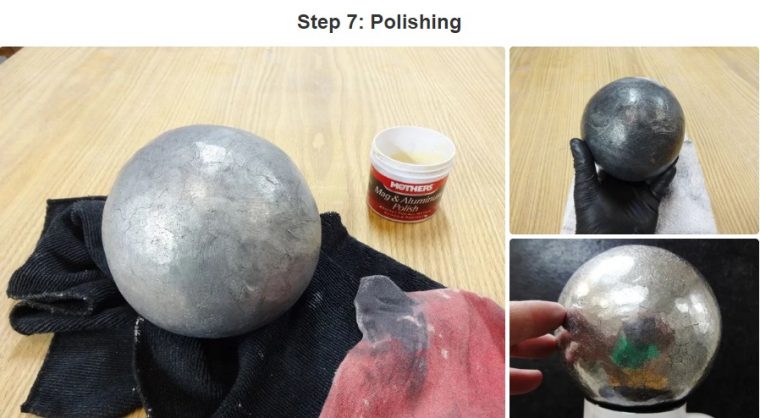 While some people in their videos used sandpaper to make their versions a bit more perfect, Seamster chose to bypass that method and go straight to polishing.

“As you buff, initially the surfaces will appear dull and grey, but as you continue to buff (and switch to cleaner rags) you’ll see the surface appear increasingly shinier. I repeated this process 4 or 5 times.” 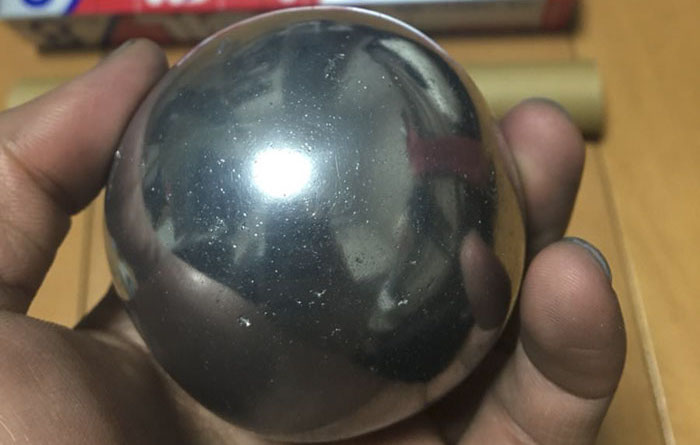 When all is said and done, you should have a perfect shiny orb.

For the full video on how to do this, watch below: