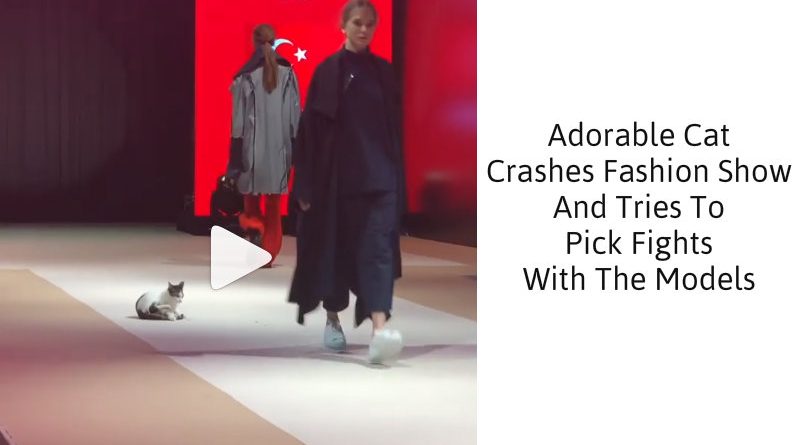 At first, the feline was seen sitting on the stage and cleaning itself by licking its fur when, suddenly, it started to grab passing by models by their legs.

A homeless white cat climbed onto the catwalk during the Esmod International Fashion Show held this week in Istanbul and distracted the audience from observing the fashionable clothing being presented by models.

In addition, the public started filming the animal and the show’s attendees were heard laughing during the event. A video was eventually uploaded on Instagram.

Well, they do call it a catwalk, after all.

But that did little to diminish the surprise when, smack-dab in the middle of a recent fashion show in Turkey, an actual kitty decided to take the stage — stealing both the spotlight and everyone’s heart. By force. 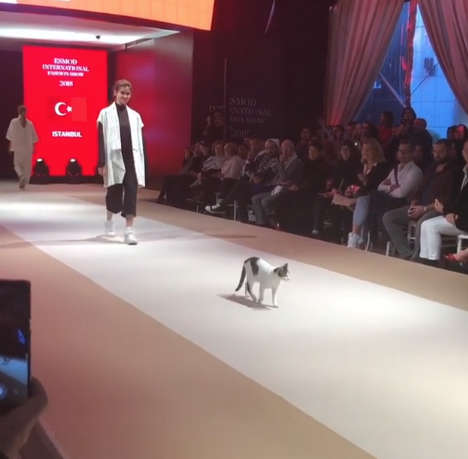 Folks in the fashion industry may be notoriously hard to impress, but those in attendance at the Esmod International Fashion Show, held this week in Istanbul, didn’t see this one coming. It seems the random cat’s arrival on the runway captured the crowd’s attention more than the clothes on display.

“Everybody was in shock,” fashion designer Göksen Hakkı Ali told The Dodo.

It’s unclear where the cat had come from, but her motives were pretty obvious — she wanted the full attention and admiration of the audience. And judging from her adorable little attacks on the models passing by, those weren’t things she was willing to share.

Here’s video of the runway cat in action:

Sure, the rambunctious kitty may need to tone down her cattiness on stage, but she’s definitely got the runway strut down pat. When asked if the aspiring model feline could have a future in the fashion industry, Hakkı Ali admitted that it can’t be ruled out.

Talent like that is certainly hard to pass up.

“Perhaps one reason we are fascinated by cats is because such a small animal can contain so much independence, dignity, and freedom of spirit. Unlike the dog, the cat’s personality is never bet on a human’s. He demands acceptance on his own terms.” – Lloyd Alexander

Written by BY STEPHEN MESSENGER for TheDodo