This stunning creation intertwines kinetic art, technology, and design to bring us a breathtaking meditative masterpiece. It’s called Sisyphus, and it is a table unlike any other.

If you’re familiar with Greek mythology, then you may recall the story of Sisyphus, and how he was punished by having to roll a boulder up a mountain for all of eternity. Don’t worry, there won’t be any boulder-rolling for you. This version of Sisyphus is a kinetic sculpture. Essentially, a metal ball is rolled through sand, creating and erasing hypnotic patterns which some say “evokes a meditative feeling.” 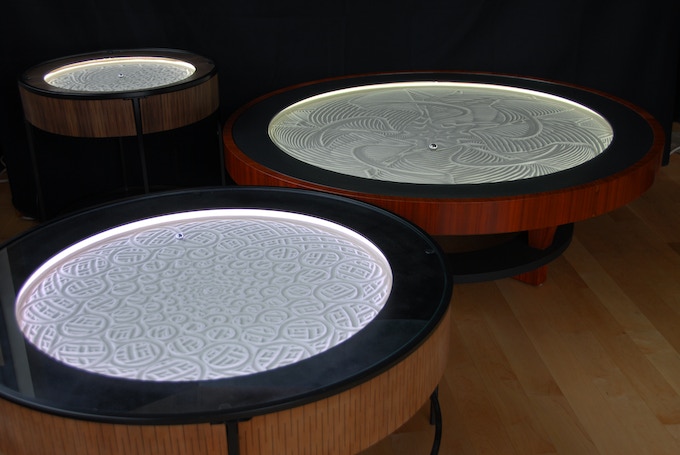 Bruce Shapiro is the man behind the design, which is rapidly gaining interest on Kickstarter. Shapiro says this about his artistic tables:

Over time I have come to view Sisyphus as more than a kinetic art piece: it is an instrument. As a musical instrument plays songs, Sisyphus plays paths. My goal with this Kickstarter is to get Sisyphus into people’s homes for them to enjoy as both furniture and art, but also, to inspire a community of composers to write “music” for it. 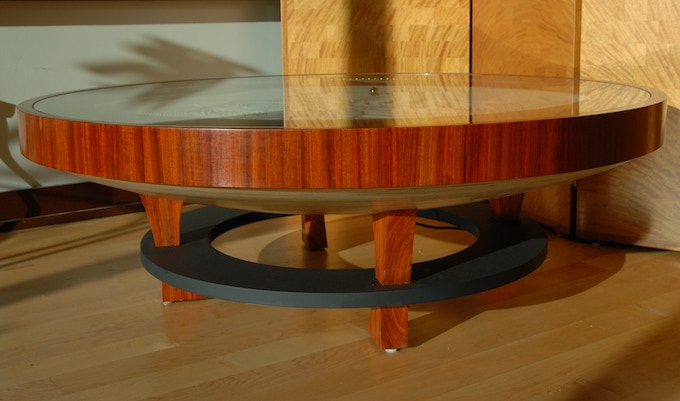 So how does this table work?  There is a thin layer of sand under the table’s glass top. Underneath the table is a two-motor robot that directs a magnet, which pulls a steel ball through the sand, creating remarkable patterns. A Raspberry Pi computer controls the motor, which plays a series of path files, similarly to how an mp3 file is played on a music player. There isn’t an on/off switch on Sisyphus. All you do is plug it in and it “automatically calibrates itself, loads a default playlist of paths, and begins playing.”

You can control how fast or slow the designs are created, choose favourite paths, and even lighting within the table just by using a mobile app or by connecting Sisyphus to WiFi via internet browser. 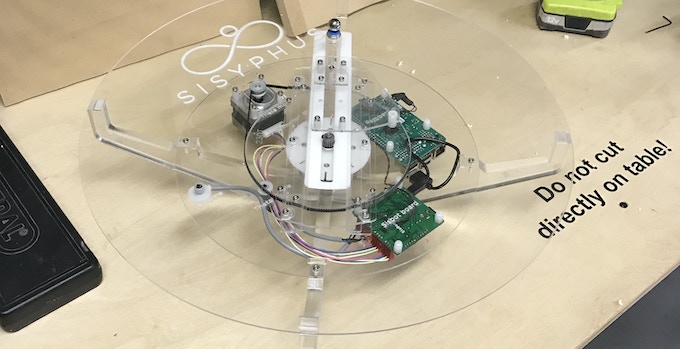 We have featured a few interesting tables on our website before, like the one that looked as if you could stare into the depths of the ocean or the starry sky, and the one that appeared as though beautifully carved animals were emerging from water, but none of them have made me feel as I do about Sisyphhus. 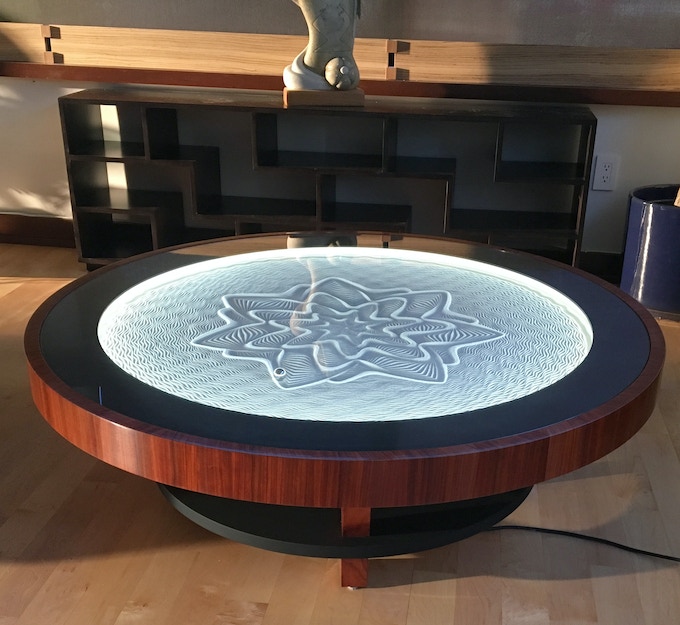 For more information, watch the captivating video below and visit Shapiro’s Kickstarter campaign to purchase these incredible creations. Prices range from $645 to $7,500, and they seem to have sold out of most of them already. Looks like people enjoy meditative artwork- who would’ve guessed?