One passionate photographer with a love for wildlife has captured scenes of majestic black timber wolves like no one has ever seen before.

“My name is Conrad Tan. I currently reside in Northern California in the San Francisco Bay Area. Photography was a late starting hobby for me. But unlike all other hobbies from my younger days, this one seems to have stuck. What began from a desire to look at a wallpaper I created myself has become an obsession of sorts.”

Conrad goes on to describe his work  by saying, “I am consumed with creating the perfect photograph, whatever that may be. I tend to struggle with every image I create because I believe I can always make it better. I guess that is what keeps me coming back. There are so many disciplines in this hobby I’ve yet to try. I also love to help other photographers if I can. I think it is important to give back to the hobby that’s given me so much happiness.”

This photographer has truly captured the essence of the beautiful and mysterious creature. 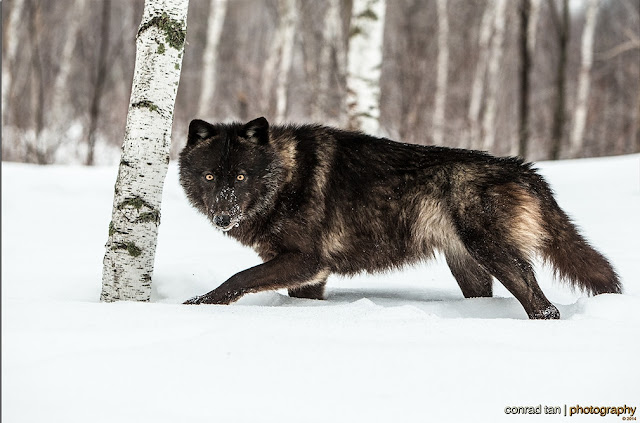 Minnesota is home to 13 national wildlife refuges, each with a distinct set of attractions for birders and wildlife-watchers. The 13 wildlife refuges in Minnesota are among 550 refuges nationwide covering 150 million acres. 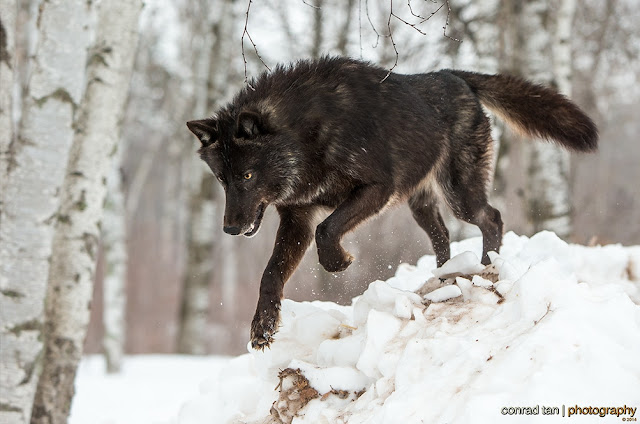 Across the nation, the refuges are home to more than 700 species of birds, 220 species of mammals, 250 reptile and amphibian species and more than 200 fish species. 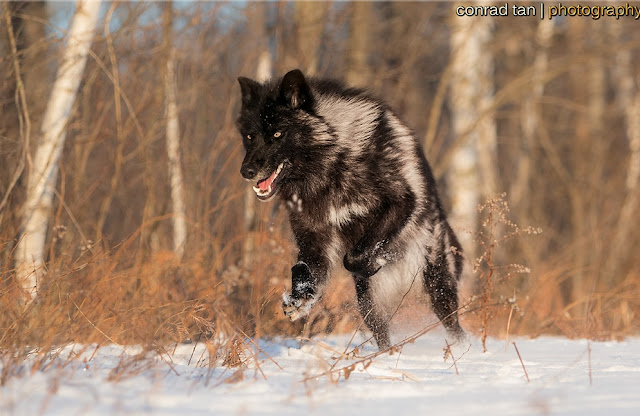 Packs of wolves don’t like to stay in one place. They are known to travel as far as 12 miles (20 kilometers) per day. 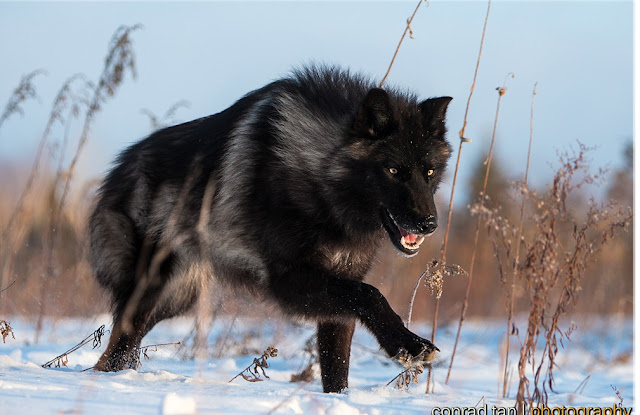 Wolves have friends. Wolves howl to communicate with other members of the pack. Researchers have found that they howl more to pack members that they spend the more time with. 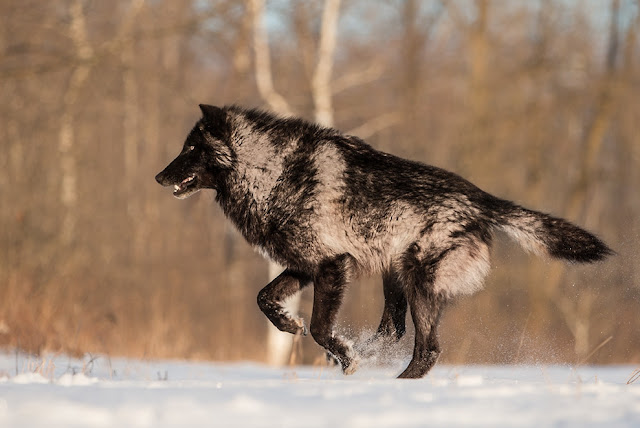 There are many names for gray wolves. Besides timber wolf, they are also called common wolf, tundra wolf, Mexican wolf and plains wolf. 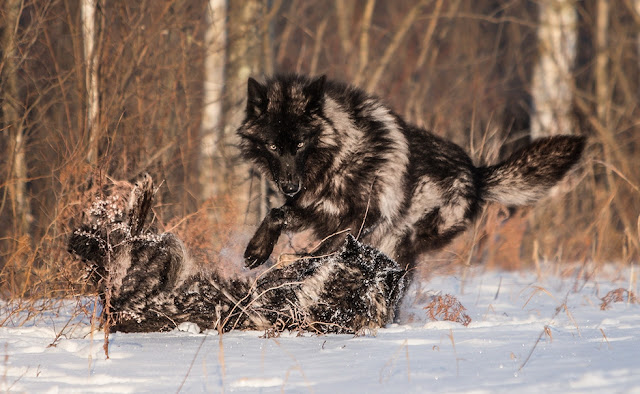 Wolves are very similar to dogs in behavior. They love to play, chew on bones but will growl or snarl when threatened. 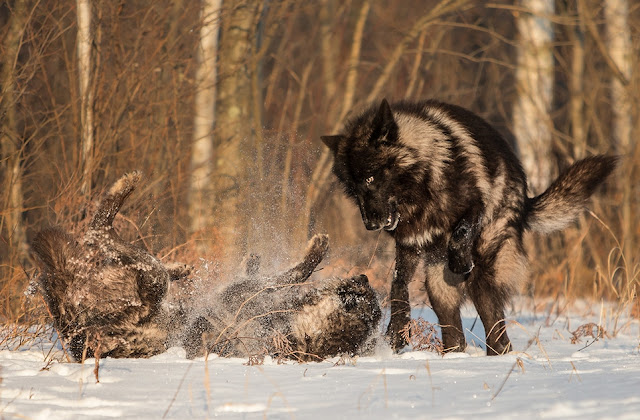 Timber wolves in the wild are usually found in packs of five to 12 animals. There is one alpha male and one alpha female in the pack. 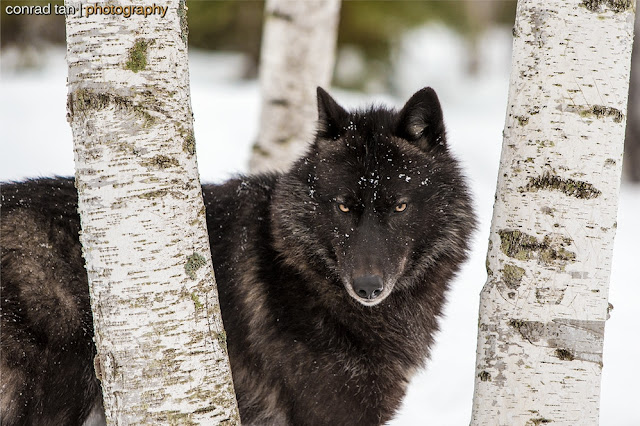 A hierarchy of dominant and subordinate animals within the pack helps them to function as a unit. Only one female in the pack breeds each year to the alpha male. 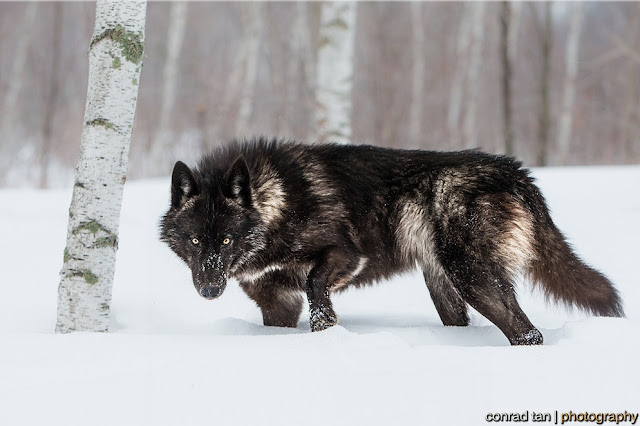 The pack communicates with one another by using body language, facial expressions, scents and vocalizations such as howling. 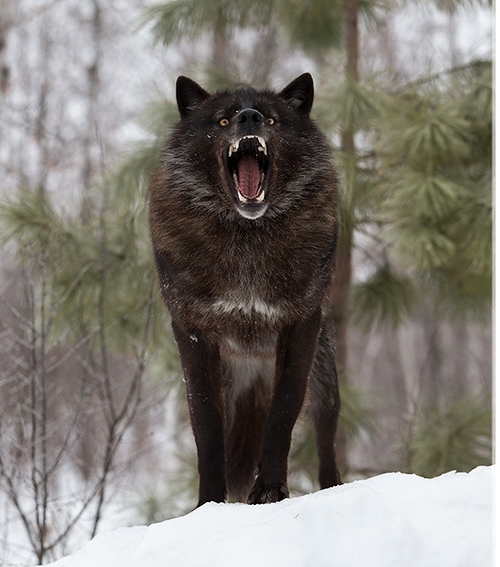 The rules of the pack are very important to them, as instinct tells them their survival depends on it. Subordinate members look to the alpha male and alpha female for direction. 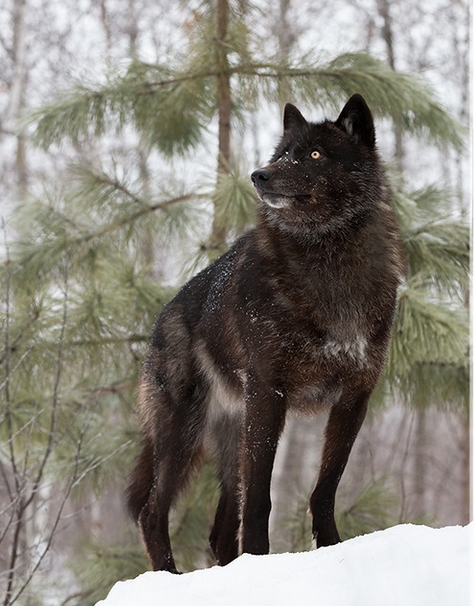 Their diet consists of bison, moose, elk, caribou, deer, rabbit, hare, beaver, mice and other rodents, and fish along with other animals. 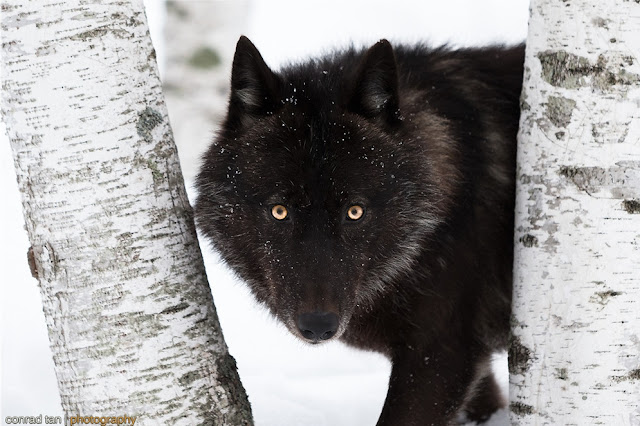 Check out more of Conrad Tan’s incredible photographs by visiting his website HERE.