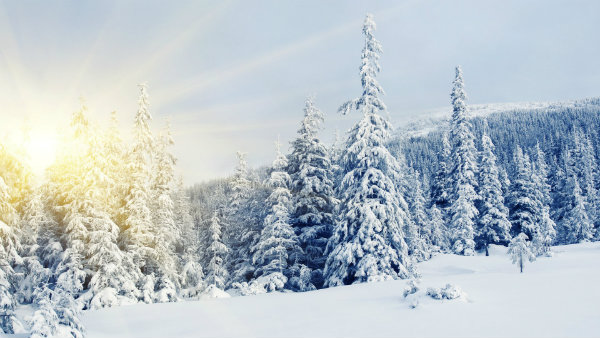 As some of you may know, my life includes traveling. I get to go to places I have never been before, and see things I have never really expected to see. One of those places I hadn’t planned on visiting was Washington D.C. but it was one of the most beautiful and emotional experiences I have ever had.

For the first time in my travels, it was neither the architecture, the monuments, or the history that touched my soul- it was the people. Not to say that Washington D.C. doesn’t have incredible sights and history, but that’s not what really got to me this time.

My trip to D.C. started off poorly. The plane I was on had fuel issues, and we were delayed over 2 hours which made me miss my connecting flight. After getting another flight, I discovered that my luggage would not be joining me. Normally, this would not have bothered me, but I was arriving from the scorching summer of South Africa and heading into a freezing winter- wearing leggings, a tank-top, and slip-on shoes. Feeling devastated and exhausted, I started crying. I felt hopeless. My luggage with my warm clothes, toiletries, and shoes was probably not going to arrive during my two day stay. And I had an appointment with the South African Embassy. Panic mode engaged.

I started thinking of all the ways this trip could get worse, “what if I don’t find a place to buy inexpensive and warm clothes that fit me?” “what if my luggage is lost forever?” “what if I have to go to my appointment dressed in smelly clothes?” The list of unfortunate possibilities grew and grew until something happened. I chose to make it stop.

Sometimes things spiral out of control. Sometimes we have no ability to change the things that have happened to us. But we can change what happens next.

So this is where my bout of bad luck, if you will, takes a turn for the better. I told myself that things could be worse- hey, I am alive in a beautiful place I have never been and I am on the path to follow my dreams. Some missing clothes and cold weather were not going to ruin my time there. I had a car take me from the airport to the hotel, and I told the driver about my dilemma. He took me by a few different clothing places until we found one that was near my hotel, and one that I could afford. They even had my size clothes, and shoes. I was set.

Walking back to the hotel, I ran into a pharmacy to get the essentials (soap, conditioner, wide-tooth comb etc.) and noticed a homeless man sitting outside the front door. A man who had much less than I. A man who was clearly very cold. A man who was smiling. I bought the things I went in for, and gave the man $1.00 on my way out. But something in my mind was telling me that surely I could do more.

I walked back to the hotel with warm clothes in hand, and items to make myself more comfortable and clean. Things that people buy every single day without realizing how much of a gift it is to be able to have them. Hmmm…. Maybe there was something to that.

I spent the evening planning my route to the embassy for the next morning, and decided I was going to make a stop outside that pharmacy once more.

I had a peaceful rest and awoke to wonderful news. My luggage had been found and was waiting for me downstairs!!  I was so pleased to have my overstuffed rucksack with me once more and headed out to got to my appointment. First stop, the man I saw the day before.

I bought a hot cup of coffee and a bagel for my new friend, and decided to sit with him for a bit.  As he took that first bite of the bagel, happiness washed over him and he looked me in the eyes and asked, “Why are you doing this?” My response came as natural as breathing, “You are my brother.” I learned the man’s name to be Harold, and he told me about his life currently. Harry, as he preferred to be called, was a gas-station attendant  for 20 years. He made a meager wage, and lived paycheck-to-paycheck. One night when Harry was working alone, he was robbed at gunpoint. The till was emptied as well as the safe, and the robber left with a few hundred dollars. Though Harry made it through this with his life, he was fired from his job. With no family to speak of, no friends to help, and no job to pay his weekly rent, things started going south. In the course of 3 weeks, he found himself on the streets. That was 9 years ago. Throughout those 9 years, Harry has watched countless people walk by completely oblivious to his plight. He understands that most people see him as an eyesore, but he also knows something that a lot of us forget… For a good amount of the people in this country, homelessness is one or two missed paychecks away. And once you are out there, it is nearly impossible to regain your footing.

Harry and I spoke for a few minutes longer, and I left him with some mittens I bought the day before. I gave him a big hug and told him that he was loved, even if he questions or doubts it, he was loved.

I continued on my walk towards the embassy to hand in my paperwork. It was very cold, and very windy. I couldn’t feel my hands and my face felt like it was being pricked with 100 frozen needles. But I made it to my appointment and did what I was there to do. With a huge smile on my (now defrosted) face, I was ready to see what the rest of the day would bring my way.

I decided that I was going to see what was going on in Dupont Circle, since I’ve heard that is a happening place to be. After about 30 minutes of carrying and uncomfortably heavy and awkward-fitting rucksack in the frigid weather, I was looking for someplace to grab a coffee. I turned a corner and discovered exactly what I was looking for- a much-needed warm beverage.

Outside the establishment, I noticed an older man sitting with a guitar case and a tattered blanket. I felt something inside me again- that gentle nudging to show love. The coffee could wait.

I introduced myself, and learned my new friend’s name to be Robin. It turns out that Robin is pretty famous around the Circle and has been there for many years. As he lit up the remains of  scavenged cigarette, he asked me what I was doing, and where I was headed. “You know, I’m not quite sure. I think I’m just going where I’m needed.” The answer gave him a chuckle and he told me that “we’re all needed somewhere.” True words.

I sat with Robin for about an hour and watched as people passed by. He shared stories about his time serving in the military, his love of art and music, and his unfortunate struggle with alcoholism. We even discussed the works of Tesla, which was brought about because of Robin’s conversations with the local pigeons. He found the “pigeon similarity” to be amusing. “Everybody needs a friend,” he said, “Even geniuses. Even me.”

I figured we could both use a coffee at this point, so I went in the shop and got us each a piping hot cup of joe. I also picked up some yogurt and fruit for Robin, and asked the clerk for a slice of bread. You know, for the pigeons. We sat together for about 15 minutes in silence, enjoying the warm beverage in our hands and feeding the happy birds before Robin turned to me and said something.

“You’re not like everyone else. I’m not invisible to you.” With tears starting to well up in his eyes, he said, “Thank you.”

I gave him a hug and reminded him that there is good in the world, and he was loved. We said our farewells and I wished him well.

I continued walking aimlessly throughout Dupont Circle and the neighboring areas for the next 4 hours. During that time, I encountered several homeless people and I spent time with all of them. I gave them water, food, and listened to their stories. There was something they all shared in common, and it made me uncomfortable and sad. They were all exceptionally grateful for something that should come naturally- compassion and love. Every single person I took the time to sit with, every single person I looked in the eye and refused to disregard, every single person I shared a part of my soul with- they all had the same response. They wept. Tears filled their eyes as they showed their gratitude for something so foreign in their daily lives.

We have become so incredibly desensitized to the suffering of others because of how common it is. Or we ignore it because confronting the issues makes us uncomfortable. We rush through our busy lives to make deadlines and meetings, but miss life in the process. For some people, it is easier to bury their heads in the sand and pretend that nothing is amiss, but for me, it is easier to acknowledge people as human beings and show them kindness instead of neglect.

Will my actions or vibrations change anything for those people? I don’t know. But I hope so.

And sometimes hope is all someone has.