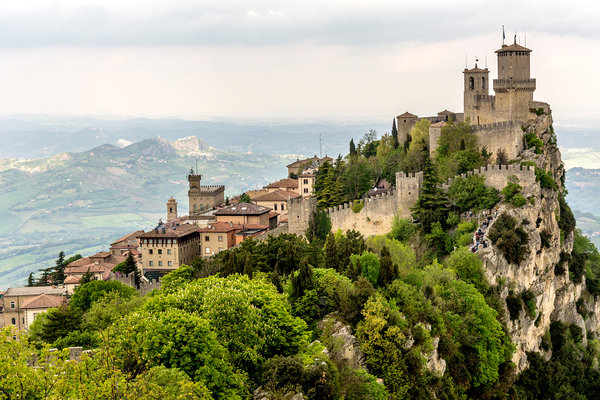 Have you ever wanted to own your own castle – or perhaps an Italian monastery? Here’s your chance. As part of Italy’s Strategist Tourist Plan, the country is giving away 103 historic sites – including old houses, farmhouses, inns, monasteries and even ancient castles. However, only those who intend to renovate and transform the structures into tourist hotspots (such as restaurants and spas) will be granted a plot of historic property.

The State Property Agency and Ministry of Cultural Heritage are responsible for spearheading the project, which aims to relieve some of the strain on the country’s most popular and overcrowded areas. In effect, lesser-explored destinations will receive an influx of tourists and local economies will benefit.

State property agency employee Roberto Reggi told The Local: “The project will promote and support the development of the slow tourism sector. The goal is for private and public buildings which are no longer used to be transformed into facilities for pilgrims, hikers, tourists, and cyclists.”

In total, 103 historic sites are available across the country. Many are located near the famous Appian Way – the Roman road that connects Venice with Brindisi on the southern coast. After the initial properties are claimed and foreigners begin exploring more destinations aside from Venice, 200 more sites will be included in the project over the next two years.

This isn’t the first time Italy has relied on the public to restore its historic sites. The “Lighthouse Project,” for instance, has resulted in the Italian government auctioning off approximately 30 historic lighthouses to investors over the past two years. The requirement has been the same: transform the ordinary structures into hotels and tourist facilities. Additionally, the country raised €502 million for its “Kill Public Debt Plan” by putting 50 of its most prized sites up for action in 2013.

Full details of the project can be found (in Italian) on the State Property Agency’s website.