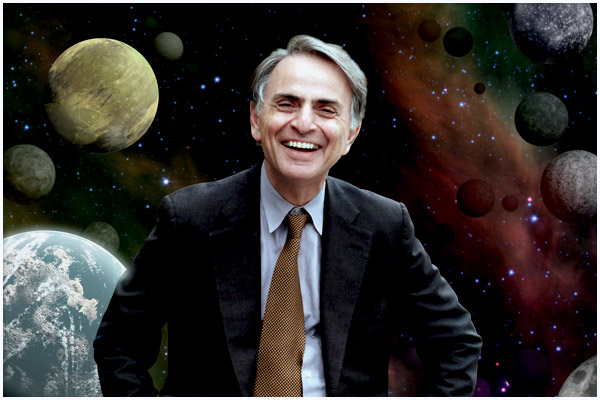 Somewhere, something incredible is waiting to be known. – Carl Sagan

Wernquist created this stunning short film for us to get a glimpse of what it will look like when we one day venture out into the galaxy. With awesome scenes and the beautiful voice of Carl Sagan, this is a must watch for anyone curious about our future.

Wanderers is a vision of humanity’s expansion into the Solar System, based on scientific ideas and concepts of what our future in space might look like, if it ever happens. The locations depicted in the film are digital recreations of actual places in the Solar System, built from real photos and map data where available.

Without any apparent story, other than what you may fill in by yourself, the idea with the film is primarily to show a glimpse of the fantastic and beautiful nature that surrounds us on our neighboring worlds – and above all, how it might appear to us if we were there.

For all its material advantages, the sedentary life has left us edgy, unfulfilled. Even after 400 generations in villages and cities, we haven’t forgotten. The open road still softly calls, like a nearly forgotten song of childhood. We invest far-off places with a certain romance. This appeal, I suspect, has been meticulously crafted by natural selection as an essential element in our survival. Long summers, mild winters, rich harvests, plentiful game—none of them lasts forever. It is beyond our powers to predict the future. Catastrophic events have a way of sneaking up on us, of catching us unaware. Your own life, or your band’s, or even your species’ might be owed to a restless few—drawn, by a craving they can hardly articulate or understand, to undiscovered lands and new worlds.

Silently, they orbit the Sun, waiting.