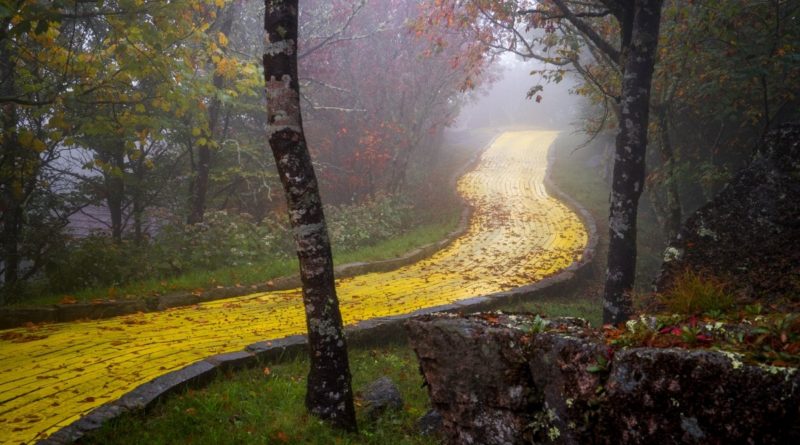 Written as a novel by L. Frank Baum in 1900, the Wizard of Oz became an acclaimed Technicolor film in 1939.

The success of that film led to the exploration of prequels and sequels desperately seeking the fame and recognition that the orignal musical film garnered. Perhaps the boldest iteration was the recreation of the Land of Oz as a theme park in North Carolina’s Beech Mountains.

The park was a tremendous attraction for Wizard of Oz lovers, but it closed just ten years after it opened, after project developers fell into bankruptcy. It has since become a grim artifact where nature is aggressively reclaiming Oz. Photographer Johnny Joo visited the site and photographed the ruins, full of wild roots and thick fog. His eerie portaits capture a magical place that has gradually become the perfect setting for your worst nightmares.

Check out Joo’s photos below:

This article originally appeared on The Creators Project Mexico.