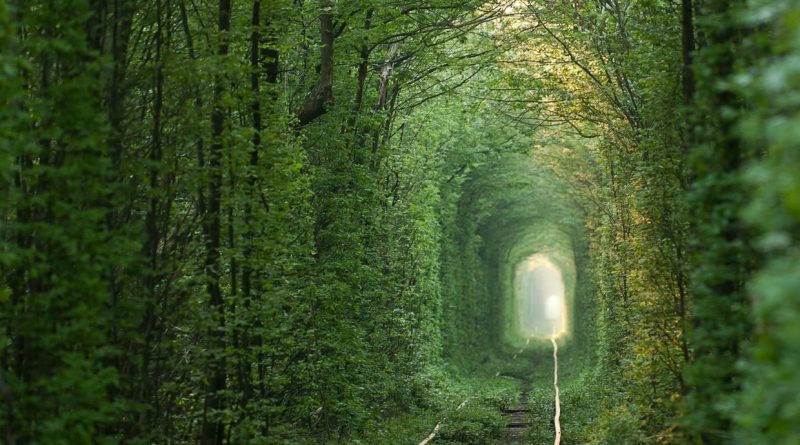 Featured image: The Tunnel of Love is just one of many incredible places on earth (Alexander Ishchenko)

Our world is full of spectacular places – places we can hardly believe exist. These manmade and natural destinations are best known for their awe-inspiring qualities, with characteristics that defy even our wildest imagination. From the driest place on earth, to a pink-colored lake, they are proof of the beauty (and often the inexplicable weirdness) of our earth. Here are nine such places that are considered some of the most fascinating in the world.

WHERE: Peru and Chile
WHAT: The Atacama desert is a 600-mile long plateau on the Pacific coast that stretches from southern Peru to northern Chile. Fifty times drier than Death Valley, the Atacama desert has been verified as the driest place on earth, with an average rainfall of just one millimeter per year.
FASCINATING FACT: Soil samples taken from Mars have been found to be surprisingly similar to those taken from the Atacama desert. As a result, NASA frequently uses the location to test rover vehicles and instruments prior to embarking on missions to the red planet. 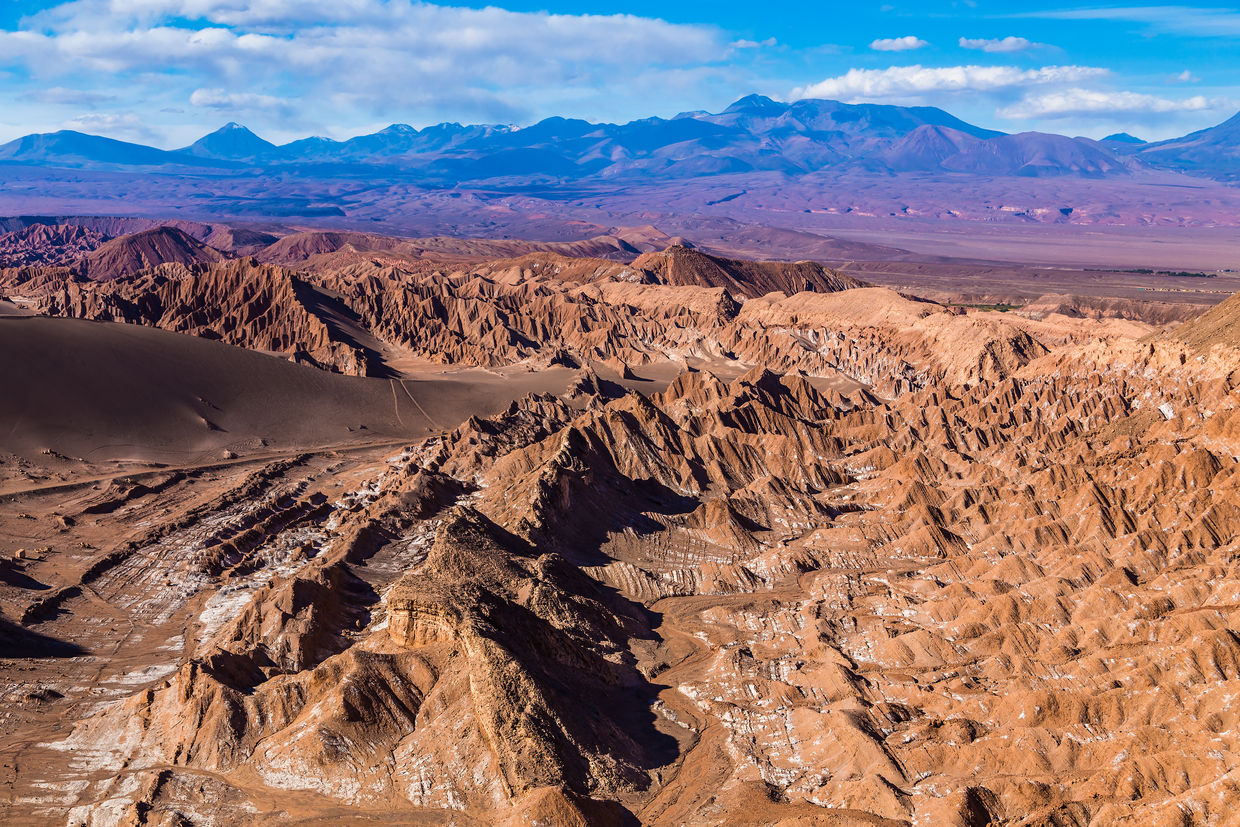 The Atacama Desert resembles Mars in many ways (Filipe Frazao)

WHERE: Bolivia
WHAT: Measuring a whopping 4,086 square miles, Bolivia’s Salar de Uyuni is the world’s largest salt flat. Though it’s estimated that the flats contain 11 billions tons of salt, the flats are more commonly mined for lithium – in fact, about 70% of the world’s lithium reserves are held in the flats.
FASCINATING FACT: During the wet season, the flats are covered by a shallow layer of water. This creates a stunning reflective effect that makes it appear as though those standing on the flats are walking on water. 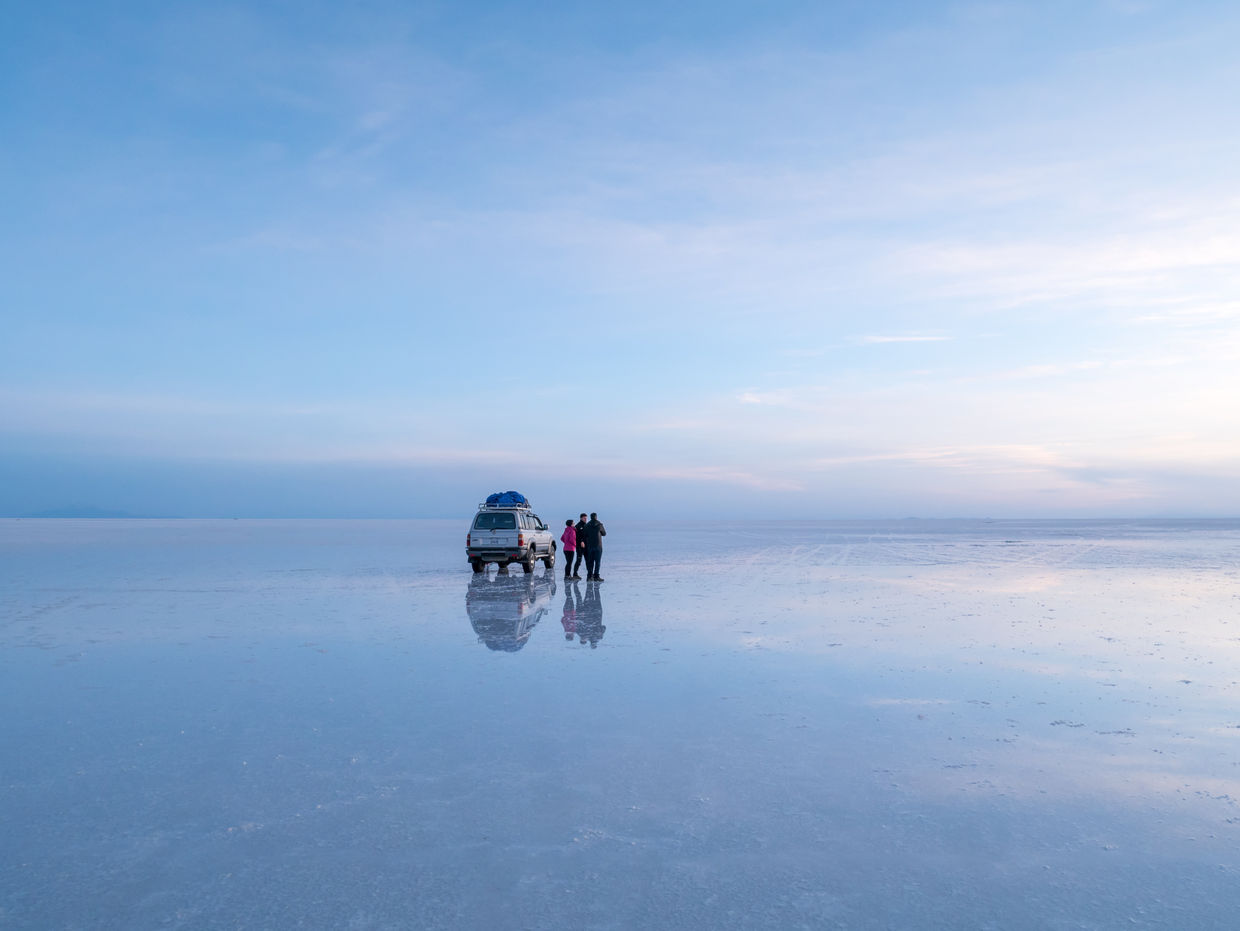 WHERE: Kleven, Ukraine
WHAT: The Tunnel of Love is a 1.8-mile long rail route near the town of Kleven, Ukraine. This fairytale-like setting is a popular destination for lovers, since legend has it that if they make a wish in the tunnel and truly love each other, their wish will be granted.
FASCINATING FACT: The tunnel was carved out by the passing train that delivers wood to a factory three times a day. Over many years, the train molded the treeline into the amazing green corridor it is today. 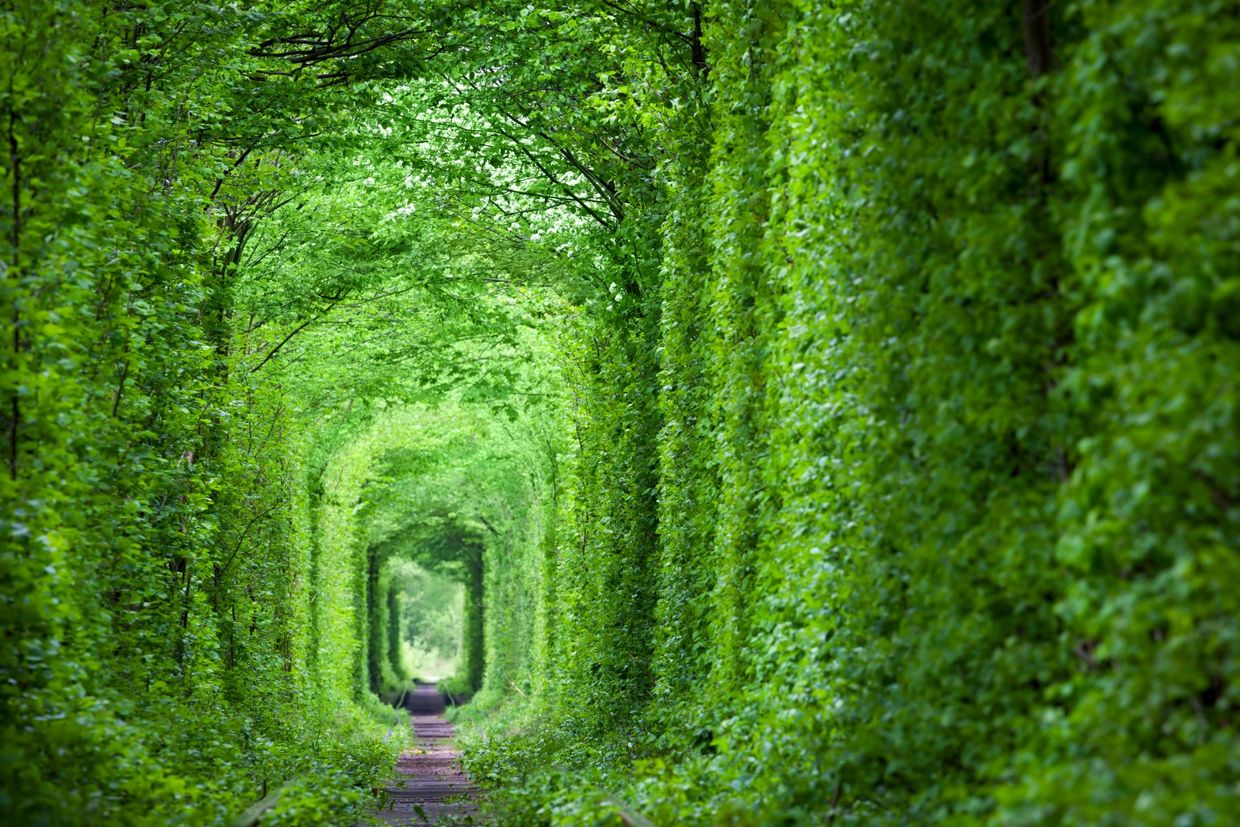 WHERE: Juneau, Alaska
WHAT: These ice caves are situated inside the Mendenhall Glacier, a 12-mile long glacier in the Mendenhall Valley just 12 miles from Juneau. The caves can only be accessed by those willing to kayak to and then ice climb over the glacier, however those who want to check out the caves better hurry. Due to the constant melting of the glacier, the caves have already shrunk to one-third their original size.
FASCINATING FACT: The brilliant turquoise-covered caves were carved out over thousands of years by a waterfall that flows and drips over the edge of the glacier.

WHERE: Chihuahua, Mexico
WHAT: Best known for its extraordinary selenite crystals, the Naica mine is still operational and mined for lead, silver and zinc. The crystals are some of the largest natural crystals ever discovered, reaching four feet in diameter and 50 feet in length. The magma within the cave where the crystals are located makes it unbearably hot and humid, so the cave remains largely untouched.
FASCINATING FACT: Despite the Naica Mine having been worked for centuries, the Cave of the Crystals remained undiscovered until the year 2000, when two miners pursuing traces of silver broke into the extensive subterranean chamber. 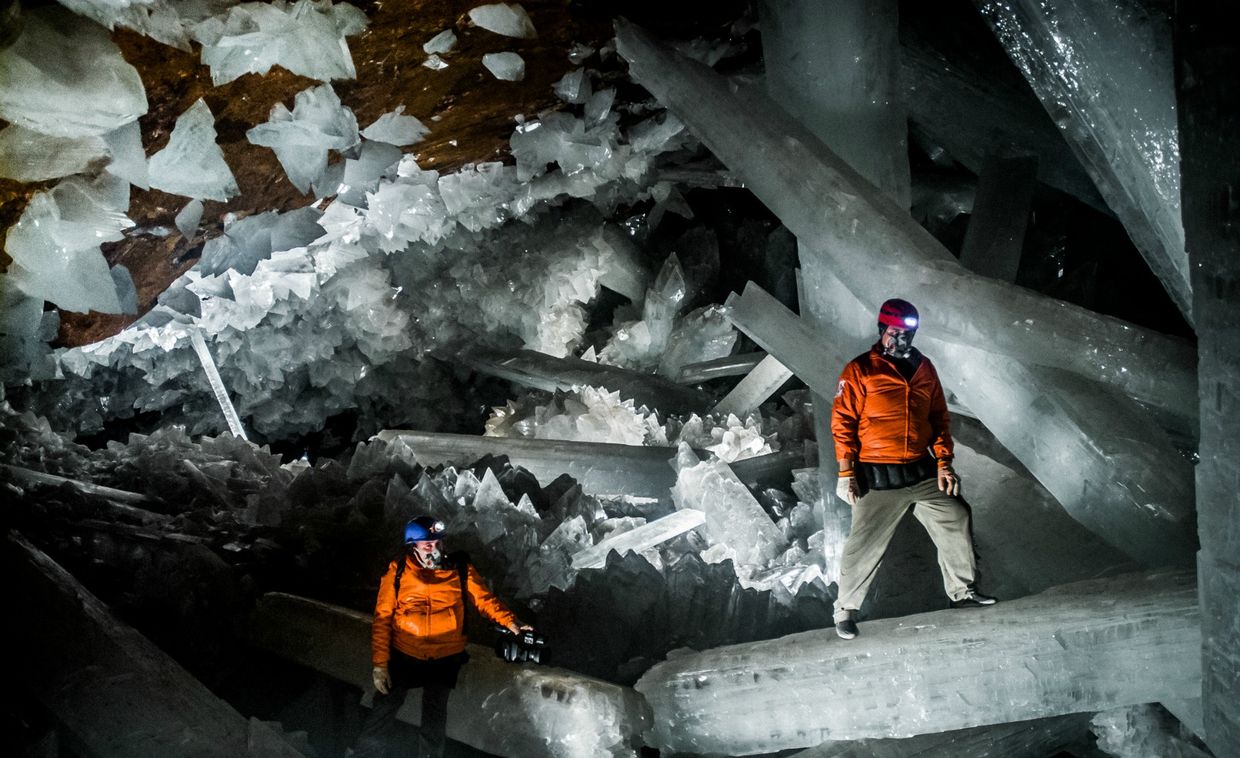 The Cave of Crytals is largely undiscovered due to the extreme conditions inside the cave (naica.com)

WHERE: Arizona, USA
WHAT: Antelope canyon is a slot canyon known for its smooth, wavy walls of sandstone, caused mainly by flash flooding and rain. The canyon has two parts, an upper section called ‘the Crack,’ that is is easily accessible and relatively flat, and a lower section called ‘the Corkscrew,’ that can only be accessed by stairs.
FASCINATING FACT: Before European discovery, Antelope Canyon was the home to numerous pronghorn antelopes, hence the name. The native Navajo people call the Upper Canyon ‘Tsé bighánílíní’, meaning ‘the place where water runs through rocks,’ and the Lower Canyon ‘Hasdestwazí’, which means ‘spiral rock arches’. 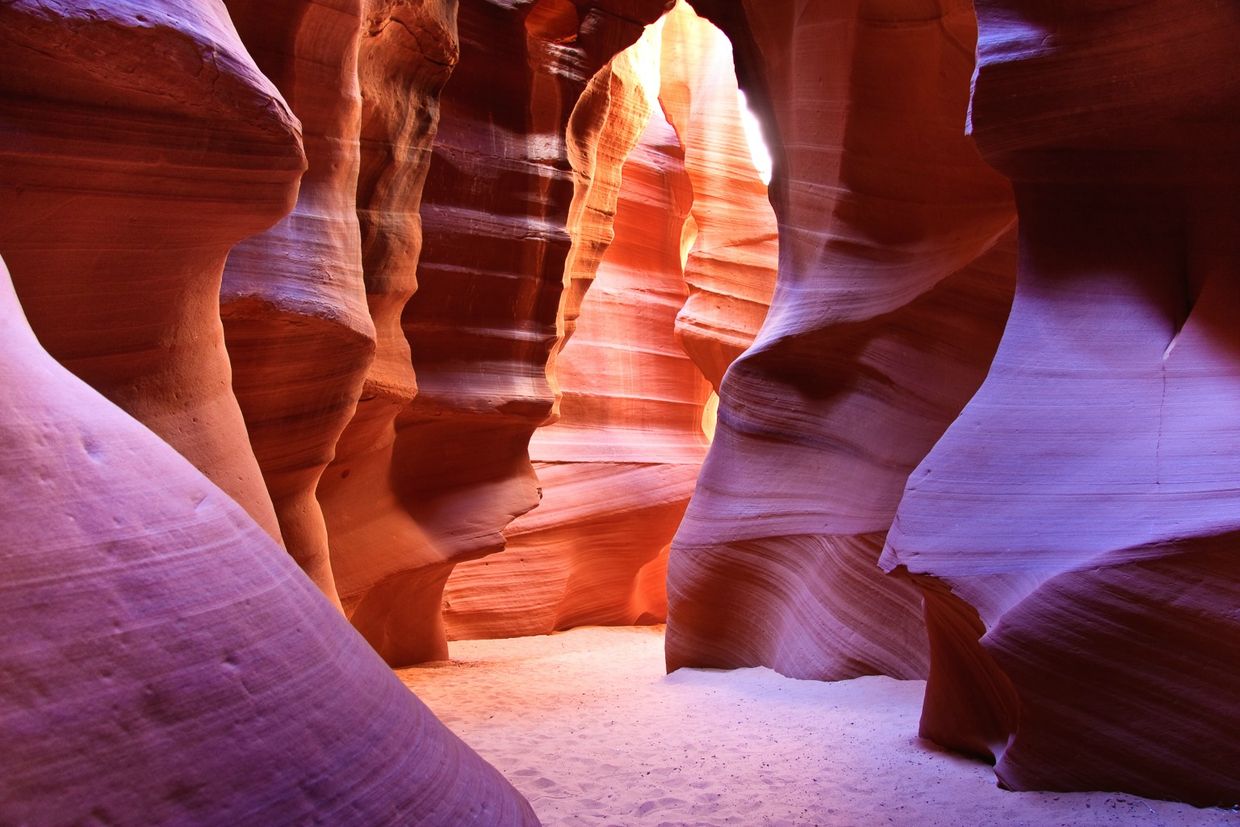 WHERE: Middle Island, Australia
WHAT: Lake Hillier is a lake located in the Recherche Archipelago, on Middle Island, south of Western Australia. The lake’s famously pink color can be seen as a bubblegum pink from the air and transparent pink from land.
FASCINATING FACT: The cause of the pink color of Lake Hillier is uncertain, even though it has been investigated. It’s believed to be caused by the high salt content, the pigments in the water’s algae, the pigments of bacteria in the salt crusts, or a combination of the three. 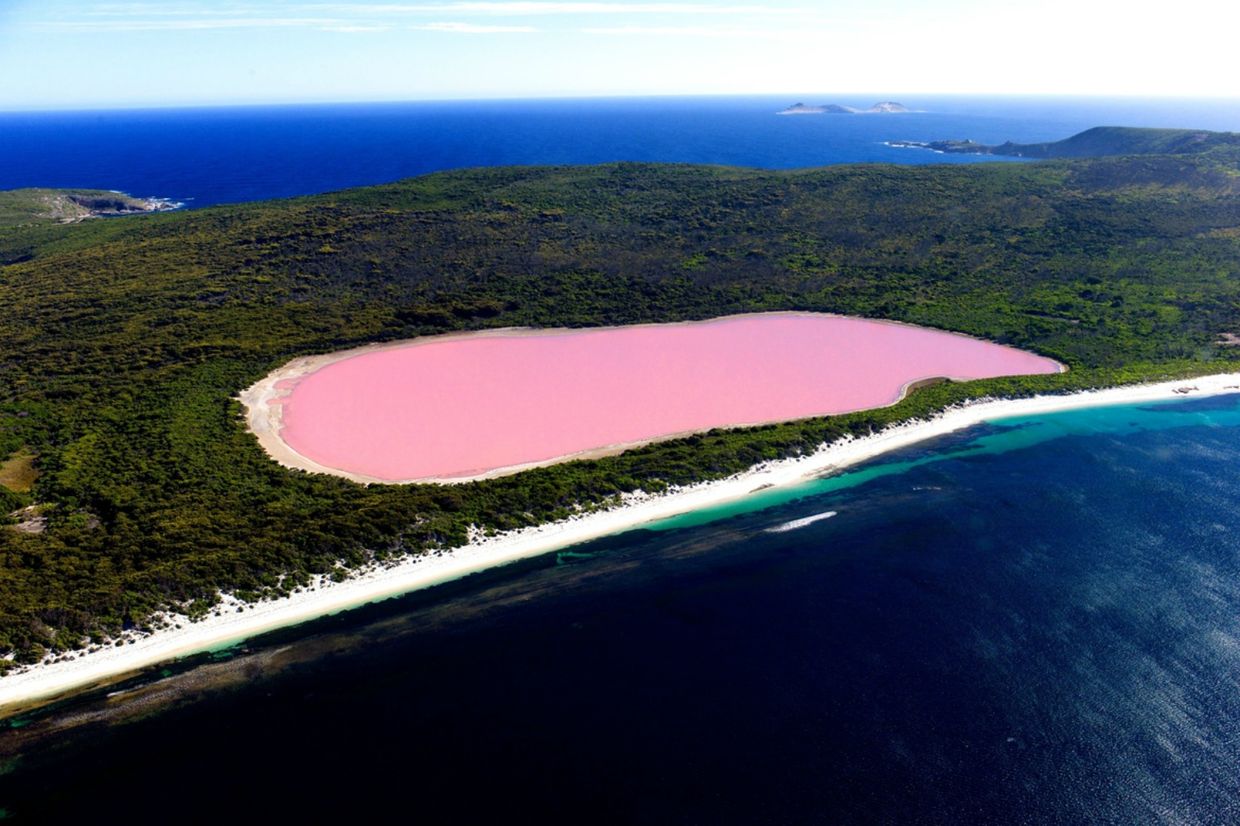 WHERE: Brazil, Guyana, and Venezuela
WHAT: Mount Roraima is the highest of the Pakaraima mountain chain in South America and one of the world’s most extraordinary natural geological formations. The 31-square kilometer summit area of Mount Roraima is defined by 1,300 foot tall cliffs on all sides and includes the borders of Brazil, Venezuela, and Guyana.
FASCINATING FACT: The tabletop mountains of the Pakaraima’s are considered some of the oldest geological formations on Earth, dating back over two billion years. 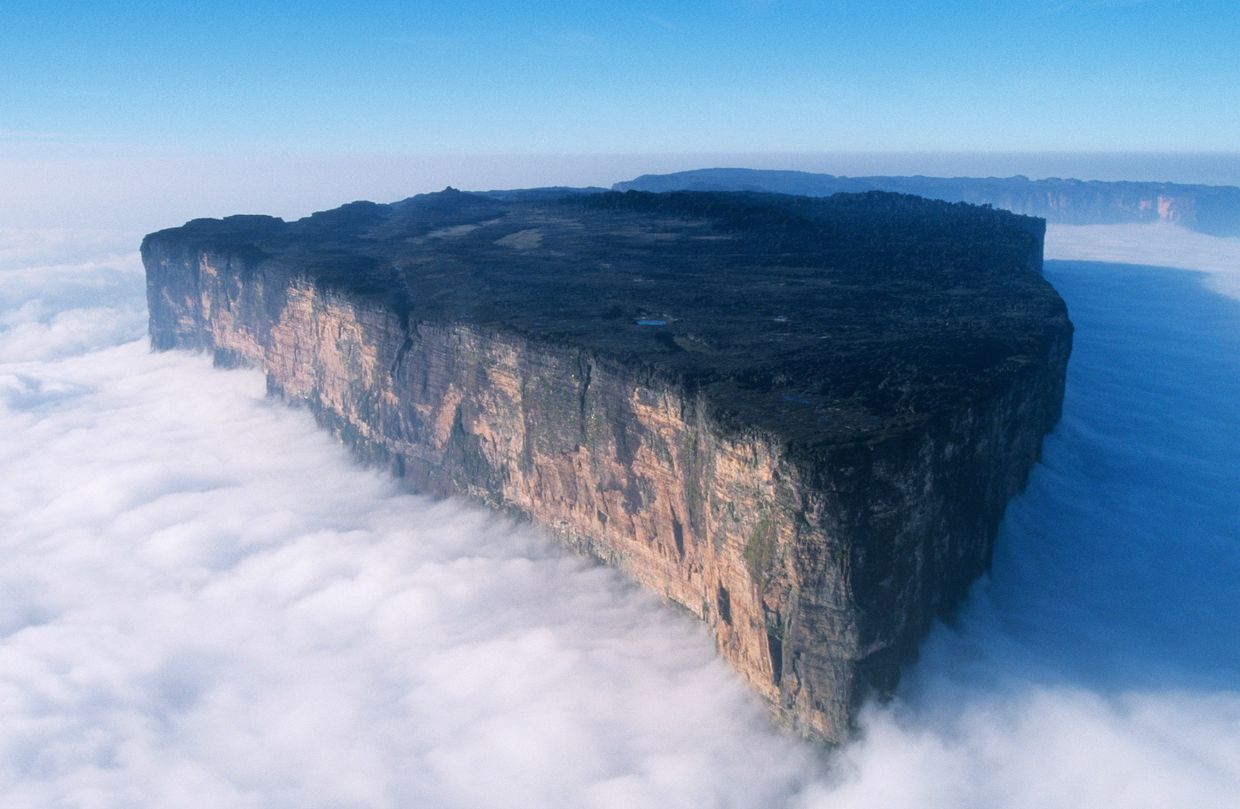 WHERE: Odda, Norway
WHAT: Known as the ‘Troll’s Tongue,’ this piece of rock juts horizontally out of a mountain about 2,300 feet above the north side of the lake Ringedalsvatne in the municipality of Odda in Norway.
FASCINATING FACT: The cliff was formed during the ice age, approximately 10,000 years ago, when the edges of the glacier reached the cliff. The water from the glacier froze in the crevices of the mountain and eventually broke off large, angular blocks, which were later carried away with the glacier. 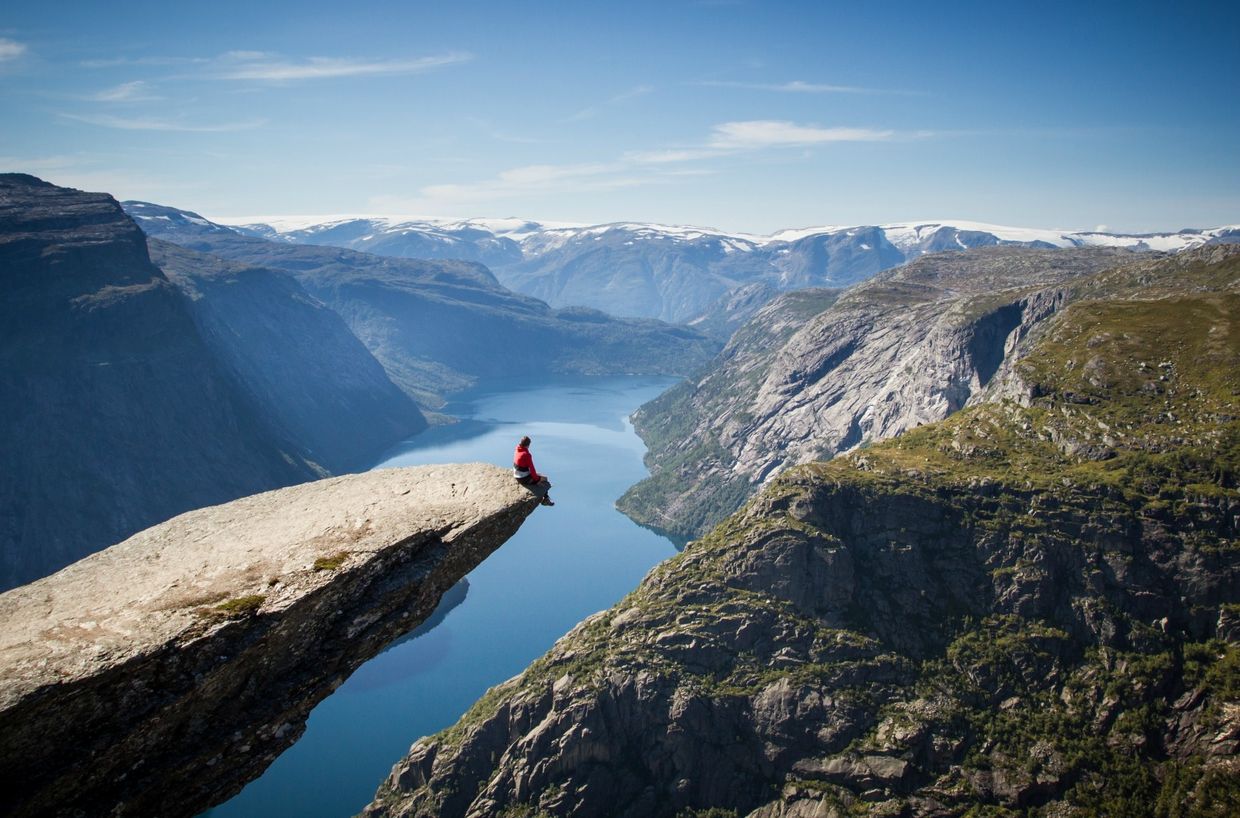 Standing over 2,000 feet above a lake, the Trolltunga Cliff is not for the faint of heart (Alex Emanuel Koch)