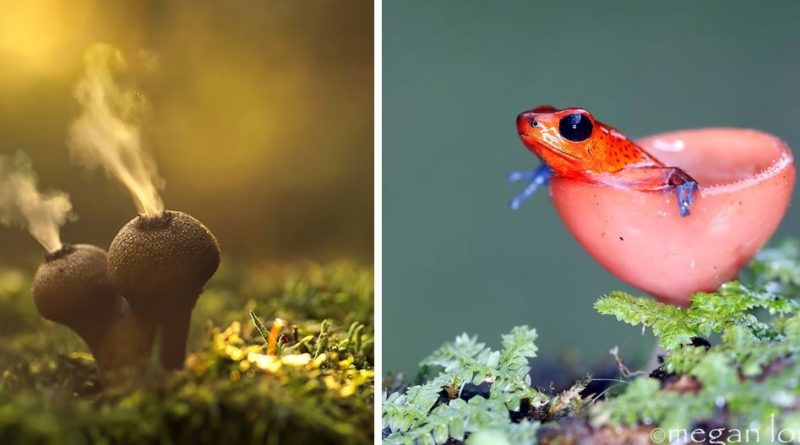 These mushrooms are absolutely incredible- Alice would be jealous.

There are literally thousands of different species of mushrooms, some are edible and some are 100% poisonous. Being able to decipher the tasty from the deadly takes a whole lot of mushroom research! While mushrooms might be sold alongside the veggies in the produce isle, mushrooms are not a vegetable nor are they a fruit. Mushrooms are a fungus.

Here are some of the most incredible mushroom photographs showing the vast diversity in this often ignored species of life.

*I would suggest that ALL of these are toxic*

This type of mushroom really comes to life in the dark with its bioluminescent qualities. Found in Brazil, Australia, Polynesia, Java, Sri Lanka, Japan, subtropical Asia, and Taiwan.

Also known as the wrinkled peach, this mushroom can be a variety of sizes, colors, and shapes due to variations caused by light received during development.

This mushroom species includes a vast number of different looking mushrooms, most of which can be found in wood chip beds, sand-based soil, and dry grasslands.

Due to its appearance this fungi has earned names like strawberries and cream, and the bleeding tooth fungus. It’s the young and moist mushrooms that secrete these unique pigments known for their anticoagulant properties.

This species of mushroom starts off with a round egg-like appearance before sprouting its intricate detailing.

Also known as the flutter bird’s nest, this type of mushroom is popular in temperate regions.