There’s a massive treasure hunt underway in the United States, and $10 million in total is up for grabs.

This is not a drill: The Blackbeard Treasure is currently setting up a massive treasure hunt all around the United States, with a total loot that exceeds $10 million in cash.

Each treasure chest will contain $1 million in cash, a location beacon, and a hidden camera pointed at the location of the chest. Every two weeks, participants will be given new clues until the treasures are found. According to the official rules of the “game,” you will need to bring along a shovel, a flashlight and a compass on your quest. When each chest is found, winners will remove the key taped to the chest, open it, and receive their winnings. A phone number will be provided for winners to call to officially claim the treasure.

“With The Blackbeard Treasure hunt, our goal is to get people excited about getting outside, either by themselves or with friends and family, in order to have the adventure of a lifetime,” said Justin Cohen, managing director of The Blackbeard Treasure. “And in the process of having the time of your life, you may just unearth a fortune.”

Treasure hunters will have to download a digital map, clues, and riddles to lead them to the treasure chests. A limited number of maps can be purchased on The Blackbeard Treasure website for $49.99, and it all kicked off only a couple of days ago, so now is the perfect time to get started on the adventure.

Additionally, starting November 21st, The Blackbeard Treasure will be following and filming select treasure hunters on their journey in search of the hidden treasures. They will be featured on an upcoming reality show, titled The Hunt for Blackbeard’s Treasure. The company is currently in negotiations with three networks in regards to airing the show.

Now, if you don’t know the history of the actual Blackbeard Treasure, here’s a quick recap: Edward Teach, better known as Blackbeard, was one of the most famous pirates in history. He terrorized the Caribbean for years before his eventual death in 1718. Three hundred years later, his massive, hidden fortune is still lost.

Weeks before his death, Blackbeard knew his time was coming to an end. The Spanish and British were hot on his tail and, if he hadn’t already, he wouldn’t have had the time to consolidate all of his Caribbean treasures. He went down with his ship, Queen Anne’s Revenge, off the coast of Ocracoke Island. 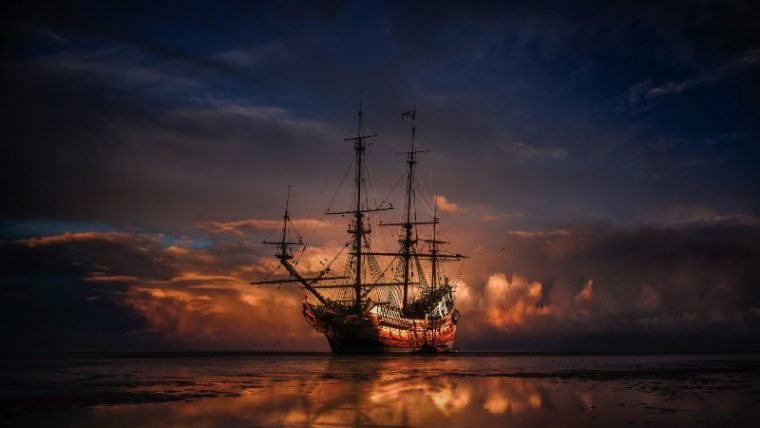 Many ships have been discovered off the shore, but none have identified as Queen Anne’s Revenge. Although Blackbeard’s ship was boarded, no Englishman was recorded as becoming extremely wealthy after the raid there’s little reason to believe that there was a large sum of money on his ship.

As far as anyone knows, it’s still out there somewhere…