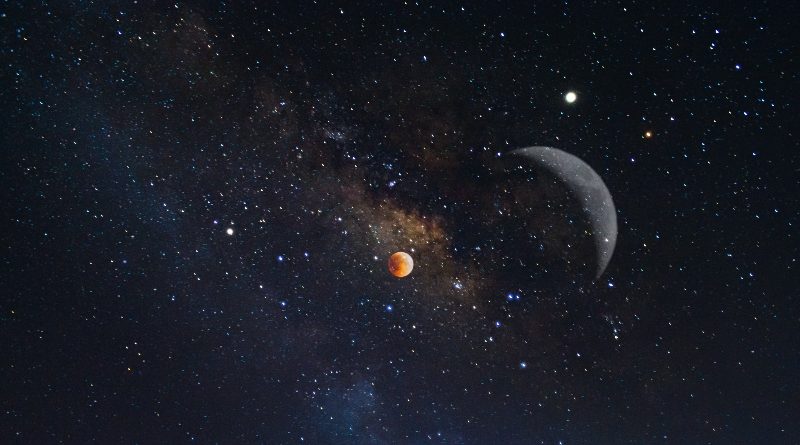 It’s not every day that you see something as beautiful as this.

Set your alarm and wake up early this Sunday, July 19. About 45 minutes before sunrise, you’ll be able to see five planets and the crescent moon without using a telescope. Mercury, Venus, Mars, Jupiter and Saturn, and the moon, all will be visible.

Everyone is talking about comet NEOWISE, which will also be visible this week, and won’t reappear in our lifetime. 6,800 years, to be exact.

Besides NEOWISE, we have this incredible celestial line-up of planets and a crescent moon.

Four of the five planets will appear like extremely bright stars. Venus will be visible low in the east-northeast, Mars in the south-southeast, and Jupiter and Saturn in the west-southwest, the Griffith Observatory said.

Mercury is the toughest to spot, and the use of binoculars will help bring it into focus. It will be located to the right of the moon, in the east-northeast, and appear like a small, red dot.

“Step outside early in the morning, at least an hour before sunrise,” Hunt said. “Find the four bright planets — Venus, Mars, Saturn and Jupiter. They look like overly bright stars. Brilliant Venus is low in the east-northeast. Mars is the lone ‘star’ in the southeast, and Jupiter and Saturn are the stars in the southwest. To your eyes, they won’t look like the photos made by spacecraft, just overly bright stars.”

Mercury might be the toughest to spot. Hunt advises trying for Mercury about 45 minutes before sunrise, using binoculars.

On his website, Hunt offers tips for finding each planet. Venus, he says, will “blaze in the eastern sky.” The thin crescent moon will be very low in the east-northeast part of the sky, and will only be about 1 percent illuminated. Mercury will be to the right of the moon, Mars will be about halfway up in the sky in the south-southeast, Jupiter will be just above the horizon in the southwest, and Saturn will be to the upper left of Jupiter.

This planetary gathering won’t happen with the moon again before June 2022.

Comet Neowise should also be visible that night. The comet, discovered in March, is appearing brighter as it approaches the sun. At the moment, it is brighter than Halley’s Comet was in 1986.