The most beautiful and breathtaking comet we will ever see in our lifetime is in our skies this week.

You’ve probably seen a few of the images masterful photographers have captured of comet NEOWISE, but nothing compares to seeing this majestic light show with your own eyes. And for a short while this week, you can do exactly that.

According to NASA, this comet won’t be back for 6,800 years, so you really don’t want to miss this truly ‘once-in-a-lifetime’ event.

Comet NEOWISE can now be seen just after sunset for observers in the Northern Hemisphere, according to NASA. (Sorry, Southern Hemisphere skywatchers, it’s not visible there.) The comet made its closest approach to the sun July 3 but was only visible before dawn until now.

The comet is heading past Earth and will be near enough to allow people to spot it, with its closest approach expected on 23 July.

Even at its closest distance, it will still be around 64 million miles, or 103 million kilometres, away.

Such a distance is around 400 times further than the moon, but it should still be visible even without using binoculars or a telescope to spot it.

The comet will continue to be visible throughout the entire month of July, giving stargazers plenty of opportunity to catch a glimpse.

There are a few comet-observing tips to keep in mind, according to Joe Masiero, deputy principal investigator of NEOWISE.

First, you’re going to want to try and get away from city lights and set up in a location with a clear, unobstructed view of the northwest horizon.

Then, find out what time your local sunset is. (A tool like the Farmer’s Almanac or TimeandDate.com can help.) You’ll want to wait until 45 minutes after sunset before hunting the comet.

“What you want to do is go out right around the time that the first stars start to show up. You’re not going to be able to see it before that,” Masiero said. “It’s probably about as bright as some of the stars in the Big Dipper.”

To the unaided eye, Comet NEOWISE will look like a fuzzy star with a bit of a tail, according to a NASA guide. But binoculars or a small telescope offer a much better view.

Here are some of the photos of NEOWISE that might take your breath away. 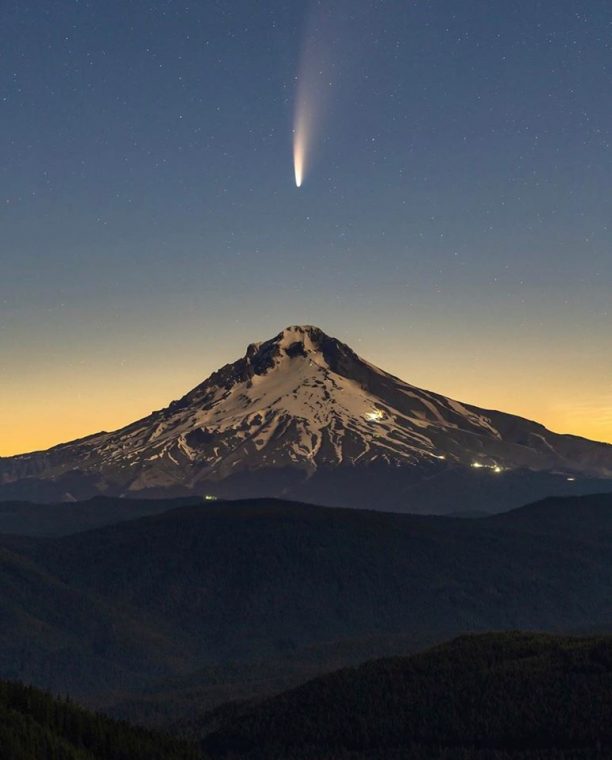 The Sky page on Facebook shared this mesmerizing photo taken by Alessandra Masi: 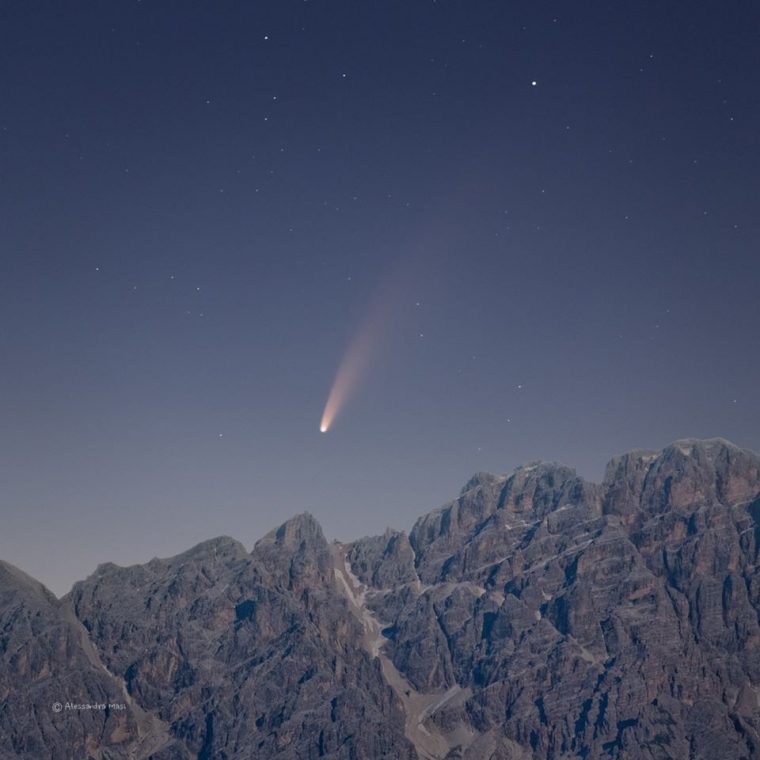 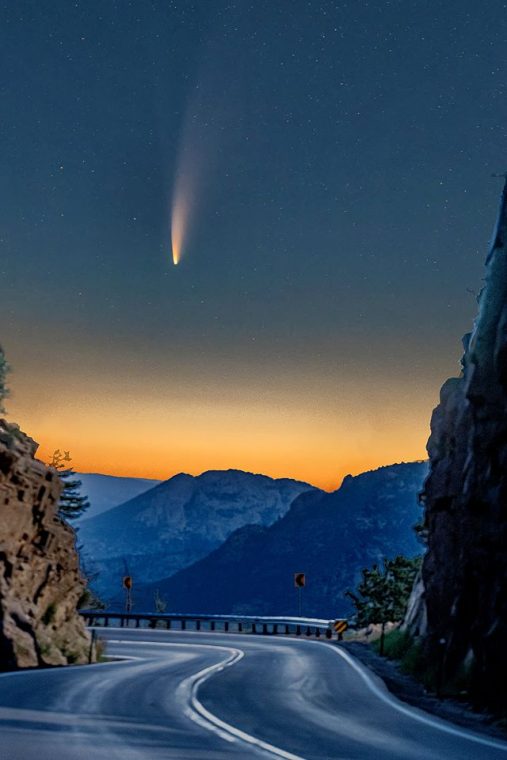 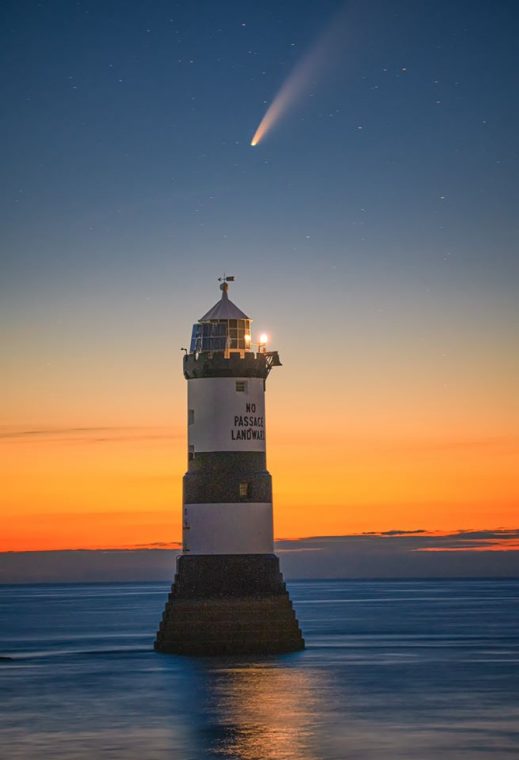 Fantastic photograph of Comet NEOWISE by photographer and specialist Mack Murdoc who captured her from Los Angeles with his camera: 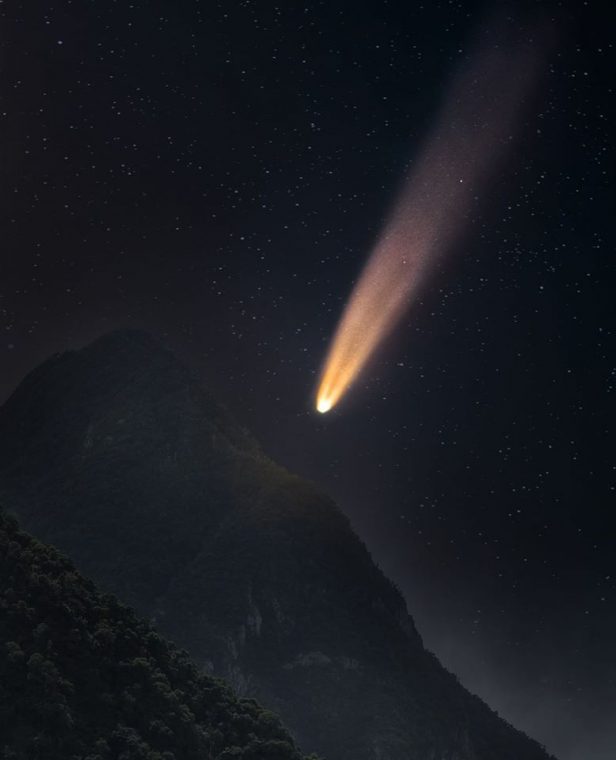 Remember, you don’t want to miss this celestial sighting, so make sure to take a moment to look up at the sky this evening.