It’s not everyday you see something that warms your heart like this.

Exploring the world is something everyone should be able to do. People who are restricted to being in wheelchairs used to struggle to get to places that others could access with ease. But now, there’s hope for those who have been finding it difficult to go where their friends go.

It’s called “Not A Wheelchair,” and to be fair, it is more of an electric quad bike than anything else.

BoredPanda tells us where the inspiration came from, with a little info on the people who designed it.

“Cambry has been restricted to the pavement for most of her adult life. She’s paralyzed and gets around in a wheelchair. So, trying to help her go more places, her then-boyfriend Zack Nelson spliced together two electric bikes with a seat in the center. And it worked. Cambry said she experienced a whole new level of freedom with it. Not only could she overcome — or should I say, overdrive — obstacles that seemed impossible before, she could do miles without her shoulders getting sore.

Fast forward a year, Cambry and Zack are married and they’re starting to mass-produce the vehicle they call ‘Not a Wheelchair’. Throughout that time, the couple built upon the original design, making it a reliable off-roader.” 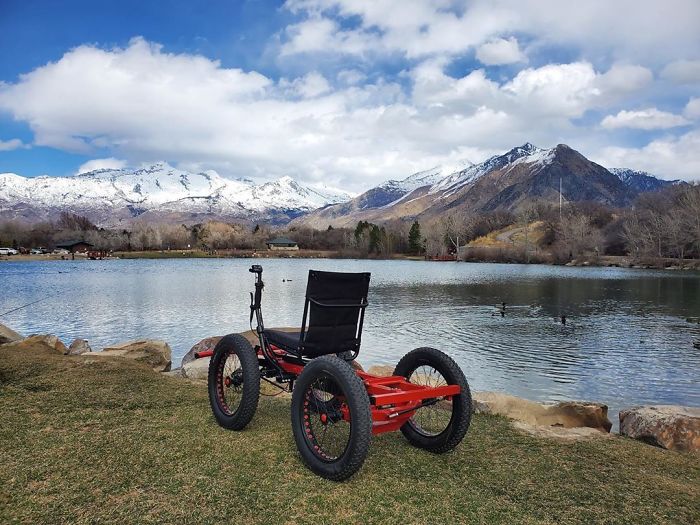 It’s actually pretty cool. They’ve managed to keep the costs fairly average for something this size and quality.

It has a range of 10-20 miles with one battery, and 25-35 miles with two batteries (depending on terrain, the weight of the rider, and weight of the cargo) and can go up to speeds of 12mph.

You can customize your “Not A Wheelchair” on their website, which is accepting pre-orders currently. 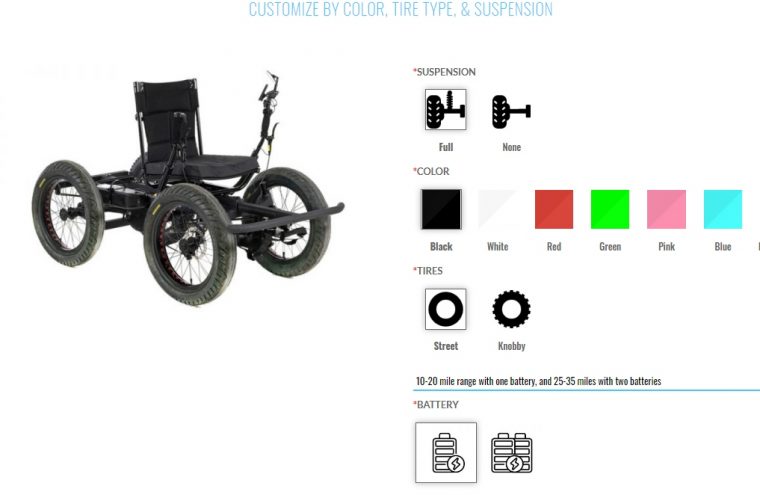 Normally, products like this either cost over 10k, or they are bulky and slow. This design allows for both of those issues to be solved, with ease.

It makes going over most terrain a breeze. 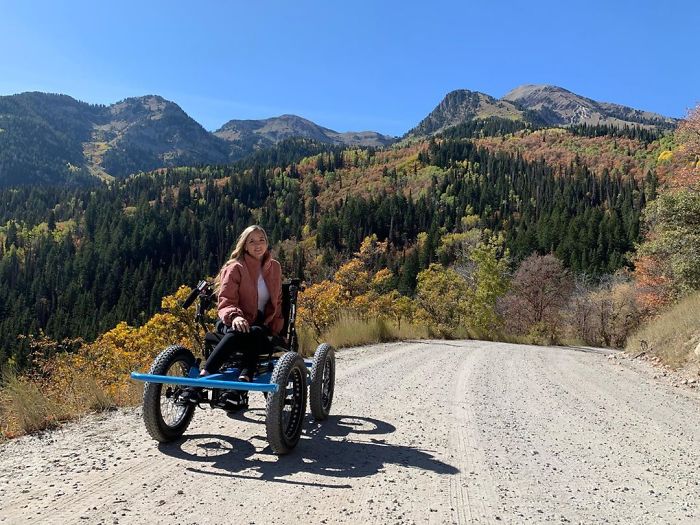 Imagine being able to go where you thought you never could. It must be quite the game-changer for some people’s lives.

With over 2.6 million people in the United States using wheelchairs, there might be a real demand for products like this. We can only hope to see more!