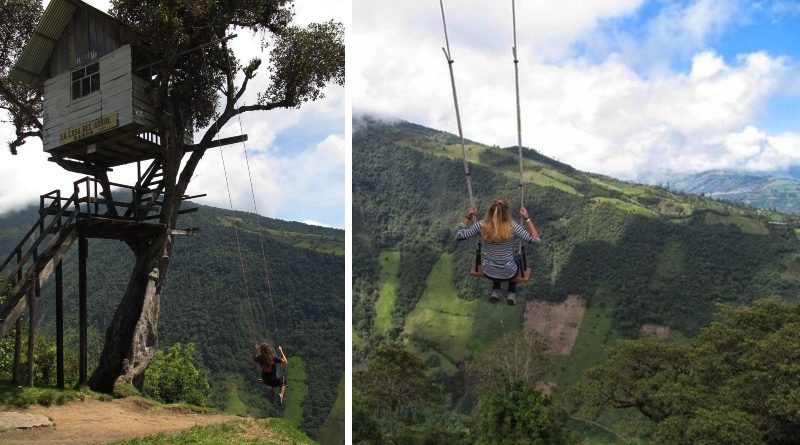 If you are one for adventure, and seeing sights not many have seen before, this swing at the end of the world might be perfect for you.

Remember when you were a kid, the joys of swinging on the swing set were some of the happiest moments you had. Soaring higher, feeling a little freer with each climbing swing…it was as close as we got to flying without wings.

As an adult, there is one swing that might just take you back to those imaginative moments of childhood.

Located in the depths of the forests of Ecuador, is a seismic observation point that overlooks the nearby active volcano, Mt. Tungurahua. Now, the lookout point itself is an amazing spectacle to see, as it is perched atop a tree, but the real gem is the swing.

La Casa Del Arbol (The Treehouse) in Baños, Ecuador is home to what is commonly referred to as The Swing at the End of the World.”

The swing’s unique location 2,600 meters above sea level offers visitors a beautiful and terrifying view of the Tungurahua Volcano. With only a lonely seat belt to hold you in, the swing arcs riders out into the air over the canyon. Although it might look like it hangs over a cliff, the swing actually just hangs over a steep slope.

Either way, falling would probably mean death, but that doesn’t stop adventurous swingers from giving the swing at the end of the world a go. And it’s probably worth it, because the rush of adrenaline, the feeling of freedom, and the amazing surrounding views must be one-of-a-kind.

Though the swing used to be completely unmonitored, today there are guides to help you buckle in and push you as you swing—and take your photo, of course.

Besides the death-defying swing (we say this because of the bar holding it up, which looks a bit thin from here), La Casa Del Arbol is a great place to hike and enjoy the views even if you don’t feel like chancing the famous swing.

The bar does look a bit thin, but I guess that’s part of the adventure. 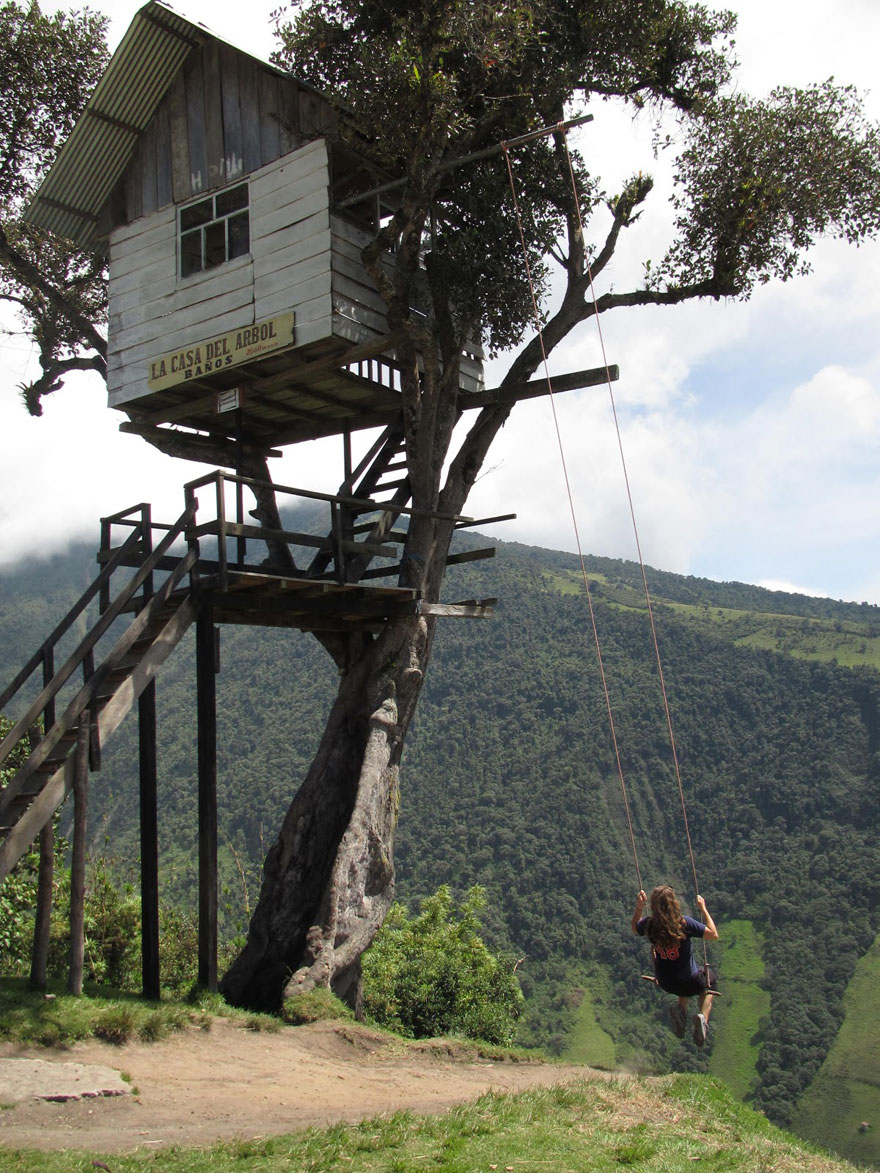 At least you can get some amazing shots of yourself looking like a professional stuntperson. 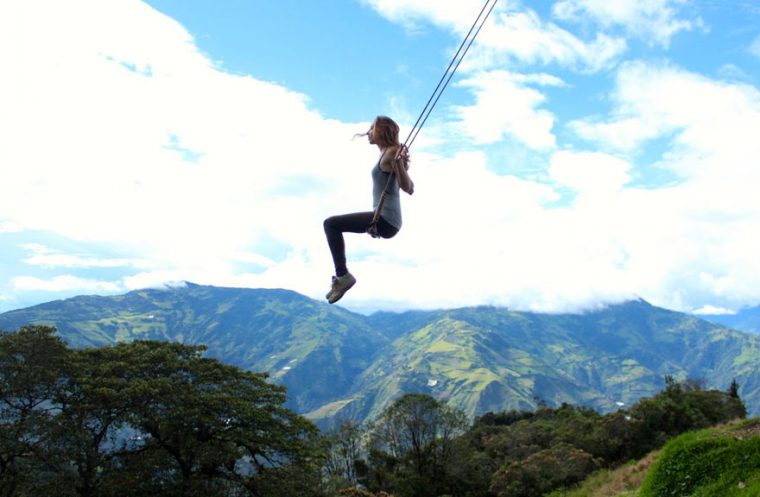 And depending on the angle, it can look like you’re swinging in the clouds. 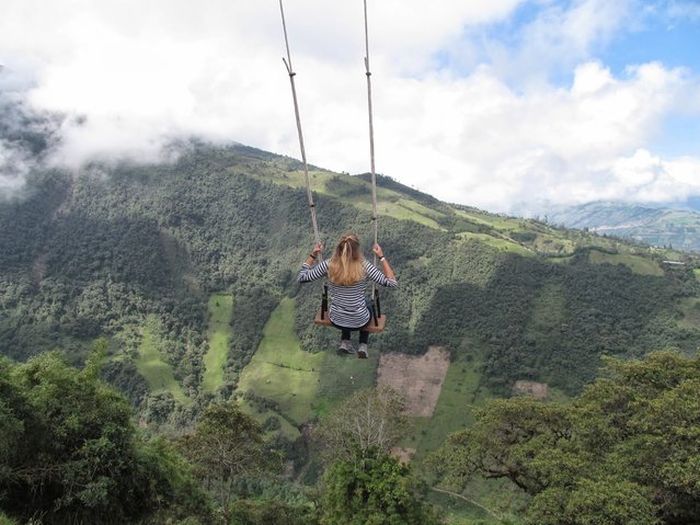 You have to admit…the view is a once in a lifetime sort of thing. 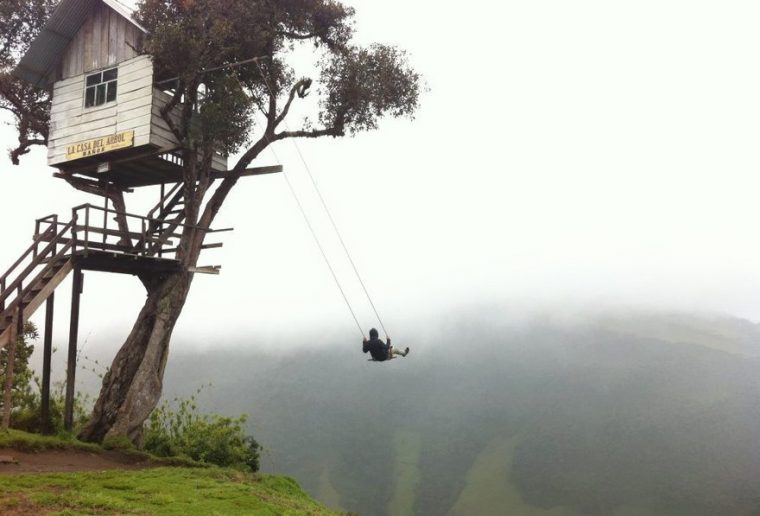 Would you be brave enough to try this swing out? 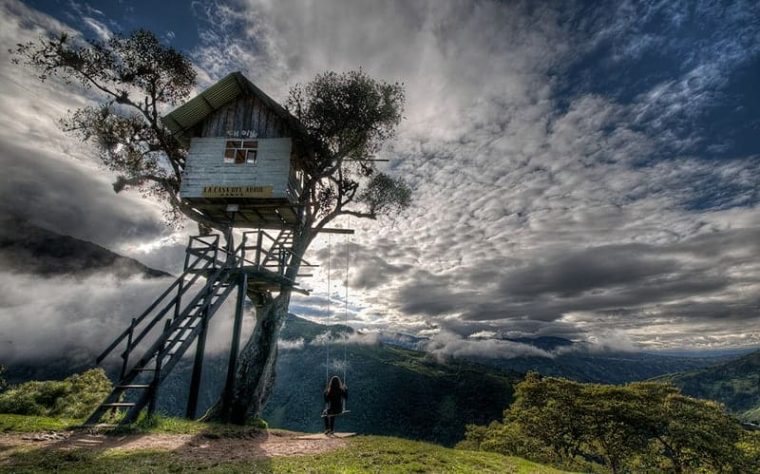 Remember, the world might feel small right now, but it’s actually so much more vast than we ever imagined. Explore, take adventures, learn about new places, and expand your horizons.