This species of glass frog was recently discovered in the past few years, and it strikes an uncanny resemblance to Kermit.

The new species, Diane’s Bare-hearted Glassfrog (Hyalinobatrachium dianae), is gaining reputation for its bulging white eyes, which look just like those of the famous Muppet, Kermit The Frog.

At only an inch long, these little guys are, well, quite little. They join Costa Rica’s 13 other glass frogs, named for their translucent bodies through which you can view their organs. (Not all glass frogs, however, sport such translucent undersides.) Despite its bright-green skin and bulging white eyes, H. dianae had evaded biologists until a few specimens were collected by scientists with the Costa Rican Amphibian Research Center. 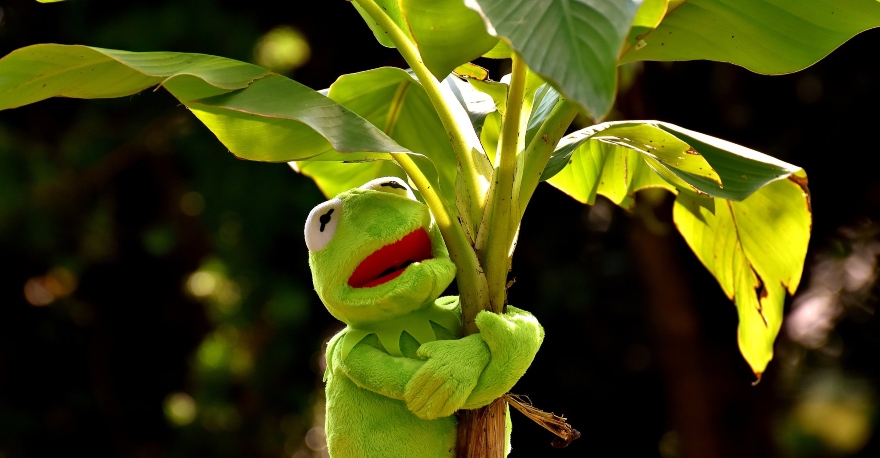 The glass frog’s name originates from its translucent, organ-revealing bellies—though the lack of pigmentation is still a mystery to scientists. Their green coloration, on the other hand, helps the nocturnal frogs stay camouflaged on the undersides of leaves during the day.

This cute see-through species of frog is rare and only found in parts of Central and South America. The H. Dianae glass frog is one of the most translucent of all; in fact you can actually see the frog’s organs through their underbelly. It’s not the translucent quality that resembles real-life Kermit The Frog, but instead those adorable big, bright black and white eyes. 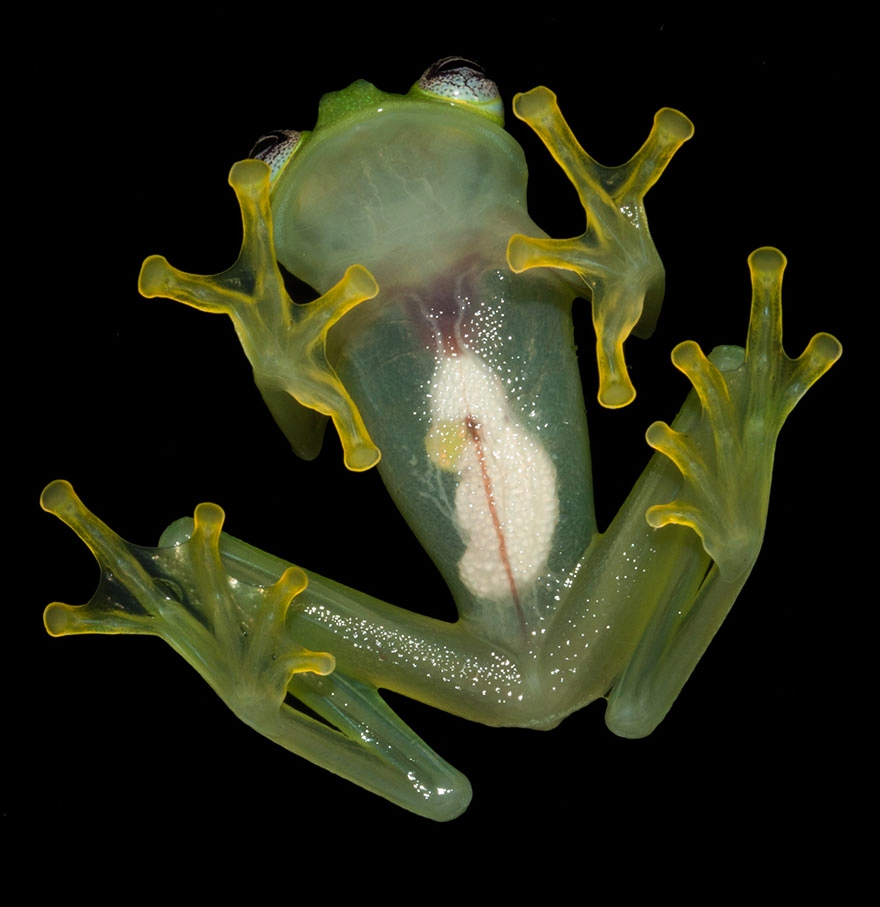 The new frog may look like Kermit, but it’s not quite as cuddly: Male glass frogs are very territorial, and will grapple fiercely with other males who trespass on their territory.

One of the characteristics that sets the new species apart from other glass frogs is the advertisement call males use to attract females. The researchers recorded this frog call in the field and found that it consists of “a single tonal long metallic whistle-like note,” according to a description of the new species published earlier this year in the journal Zootaxa.

Study leader Brian Kubicki told CBS News that this frog “sounds more like an insect than most other frogs,” which might be why it went unnoticed for so long. 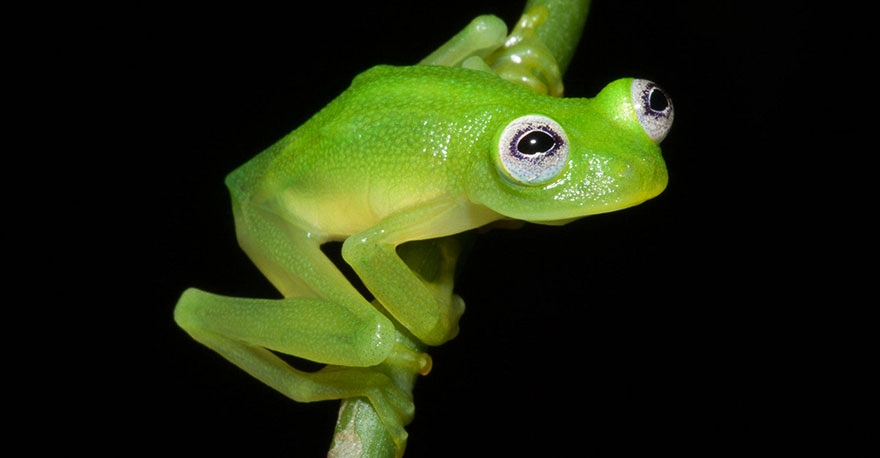 Brian Kubicki, Stanley Salazar and Robert Puschendorf discovered the frog living between 400m and 800m up in the mountains. Kubicki, the senior scientists, named it after his mother, Janet Diane Kubicki.