Imagine you’re at the beach enjoying the waves washing over your feet and the sun warming your skin. That’s when you notice a tall, black-robed figure with a scythe out of the corner of your eye. You take a better look and that’s when you realize it’s the Grim Reaper!

Florida lawyer Daniel Uhlfelder plans to travel around his state beaches from May 1 to warn people about the dangers of not social distancing—all dressed up as the Grim Reaper. Uhlfelder was quite obviously inspired to do this by New Zealand’s public service campaign where a person dresses up as the infamous Swim Reaper to promote water safety and tries to prevent deaths from drowning.

While Uhlfelder’s main message is to make sure that Floridians know how important it is to stay at home to prevent the spread of the coronavirus, he also plans to use his Reaper get-up to raise money for Democrats running for federal office. 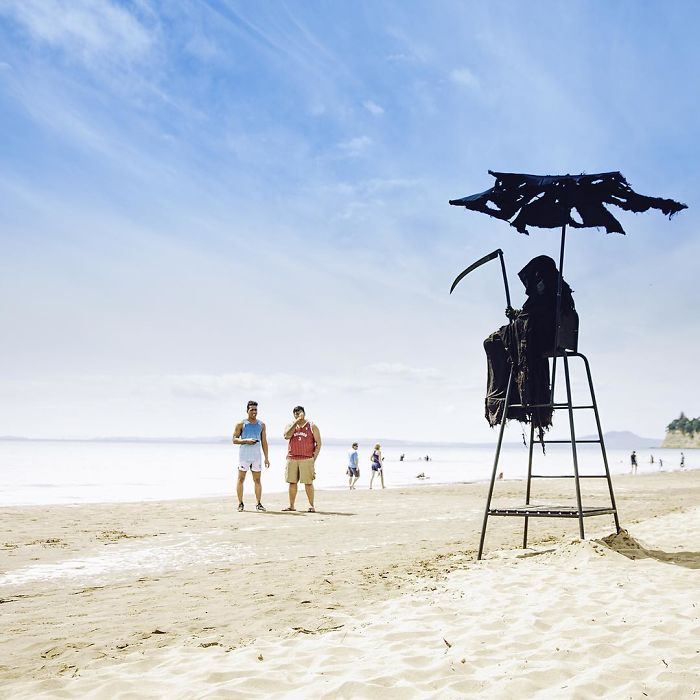 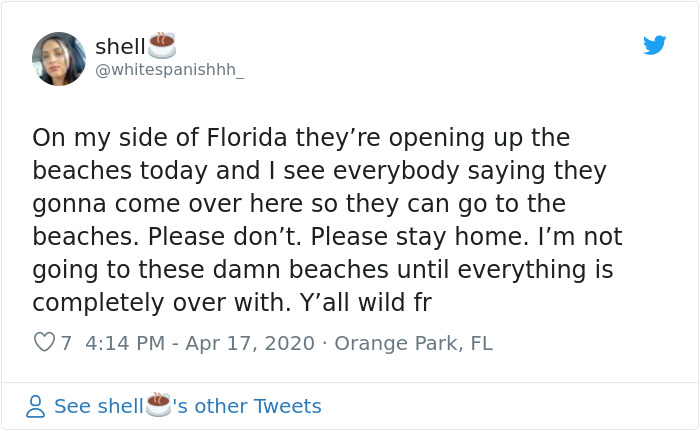 And some businesses are trying to find the positive to such a silly idea. 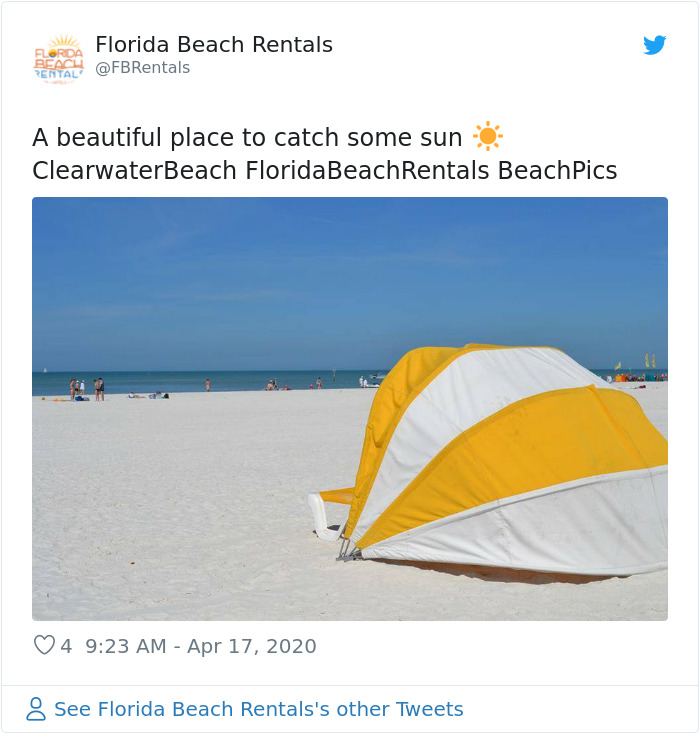 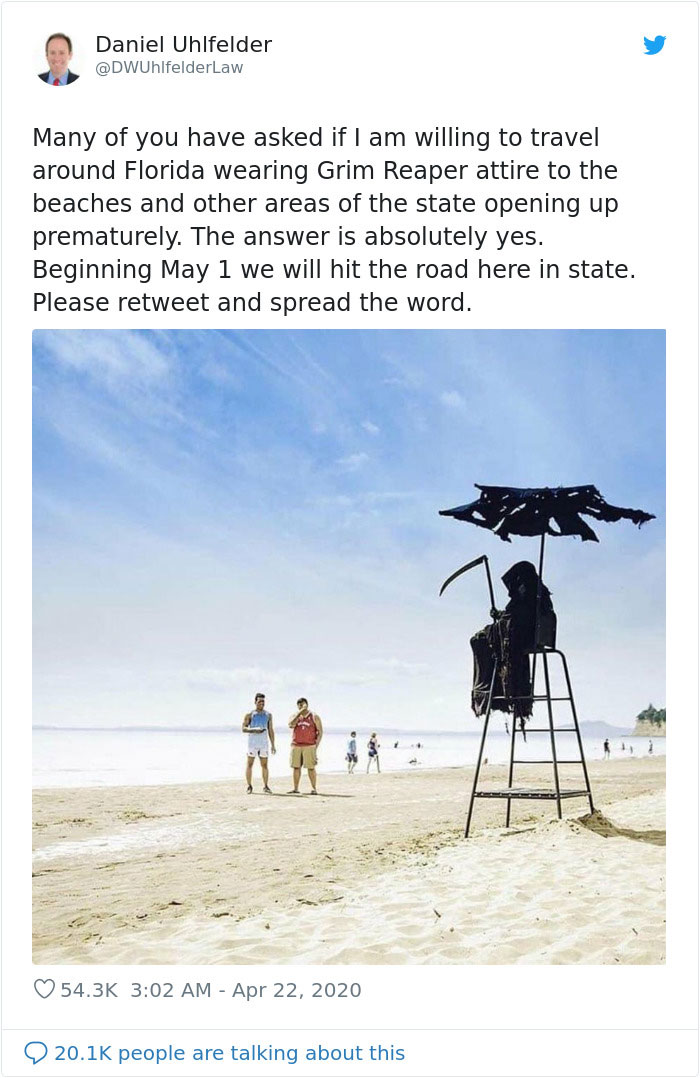 According to Uhlfelder, he already ordered the Grim Reaper clothing.

Florida has more than 27.8k people infected with the coronavirus. More than 4.2k people are in hospital due to the disease while the virus has claimed the lives of more than 860 people. According to Florida Governor Ron DeSantis, the state had “flattened the curve” and he claimed that they avoided what happened in New York City and Italy.

Meanwhile, the Swim Reaper who Uhlfelder was almost certainly inspired by has had huge positive effects in New Zealand. The confrontational Swim Reaper campaign that was launched in December 2016 used dark humor to make young males aware of the danger they’re in.

Kiwi men from 15 to 34 years old used to make up a third of all preventable drownings; now the numbers are lower, closer to a quarter.

The Swim Reaper has more than 443k followers on Instagram and warns people about things like riptides, how dangerous swimming near rocks really is, and how you should never, ever swim when intoxicated. 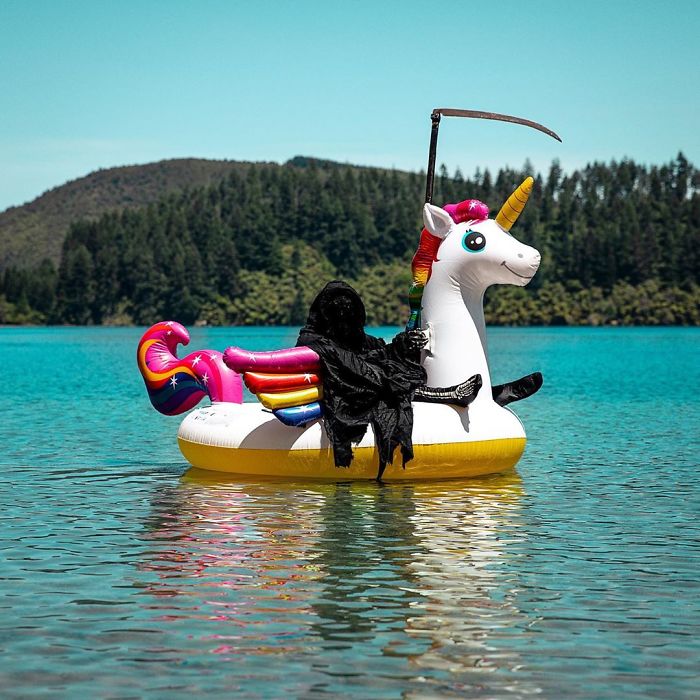 It certainly gives you something to think about. 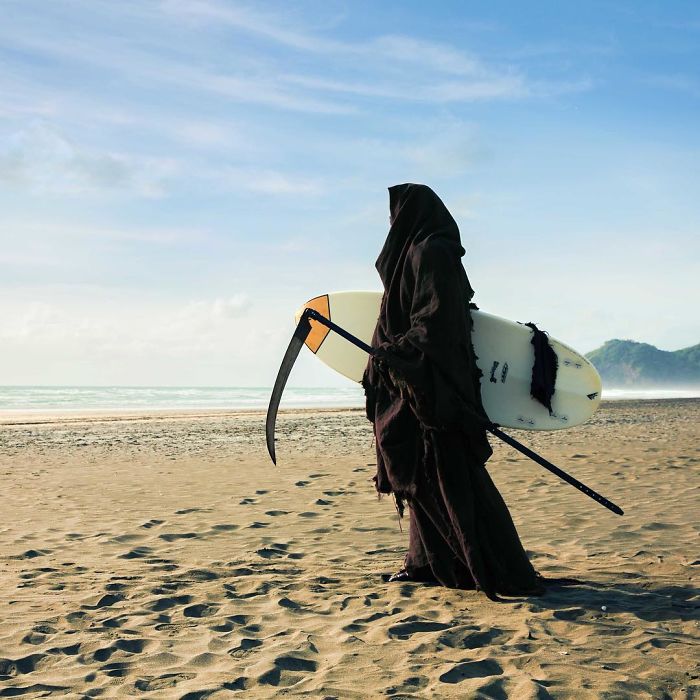 Whether you are in favour of beaches reopening, or not, the Grim Reaper on Florida beaches might make some reconsider going for a swim.