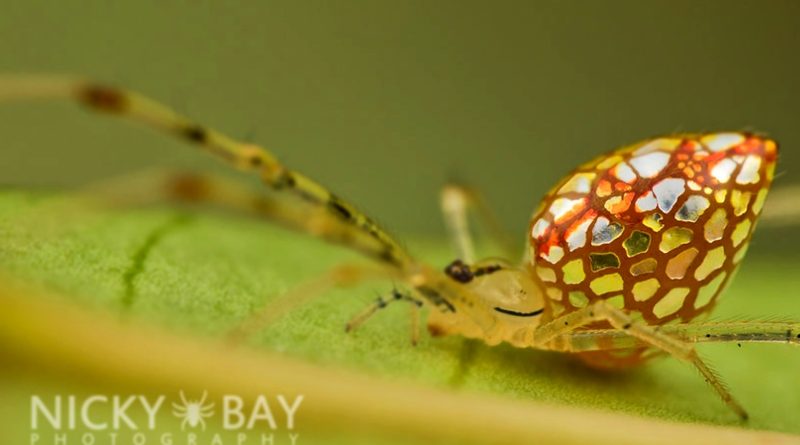 Mother Nature sometimes surprises us with her artful masterpieces, as is the case with these jewel mirrored spiders.

This isn’t a stained-glass sculpture or piece of delicate jewelry – it’s a real live spider. These spiders, called mirror or sequined spiders, are all members of several different species of the thwaitesia genus (Thwaitesia argentiopunctata), which features spiders with reflective silvery patches on their abdomen.

The scales look like solid pieces of mirror glued to the spider’s back, but they can actually change size depending on how threatened the spider feels. The reflective scales are composed of reflective guanine, which these and other spiders use to give themselves color.

Biologist and author of the Find-a-Spider Guide for the Spiders of Southern Queensland Ron Atkinson explained to Science Friday that these unique “mirror” cells are located right under their transparent skin on the spider’s abdomen. The purpose of the guanine spots is possibly to resemble water droplets that persist in the green vegetation of their native habitats.

Not much information is available about these wonderful spiders. In fact, we don’t know how harmful they are (if at all), nor do we know if they make webs, tunnel, or hunt.

The dazzling specimens in these photos were photographed primarily in Australia and Singapore.

One photographer, Nicky Bay, developed quite a fascination with the wonderful creatures, and took lots of photographs of them for their website.

“For several years, I have been observing the odd behavior of the Mirror Spider (Thwaitesia sp.) where the ‘silver-plates’ on the abdomen seem to shrink when the spider is agitated (or perhaps threatened), revealing the actual abdomen. At rest, the silver plates expand and the spaces between the plates close up to become an almost uniform reflective surface.” 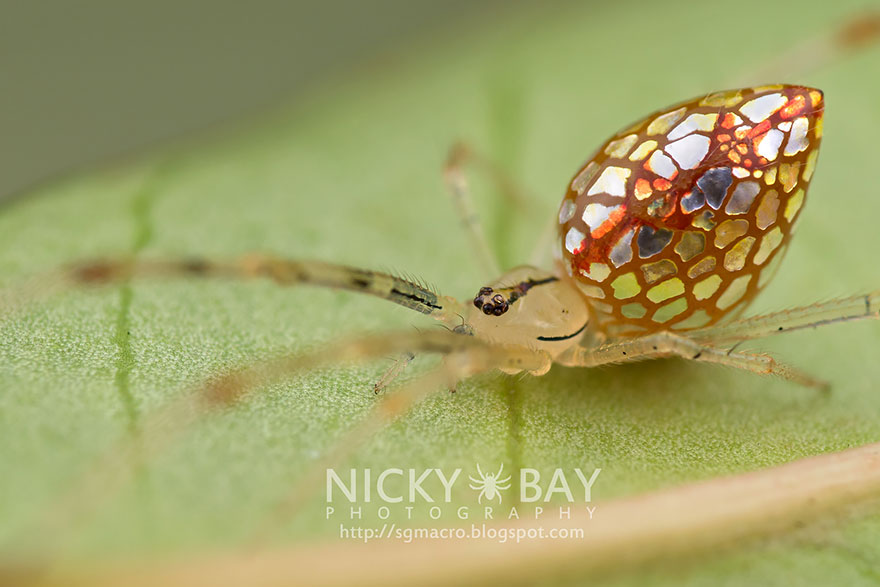 No, these aren’t pieces of jewellery, they’re real spiders! 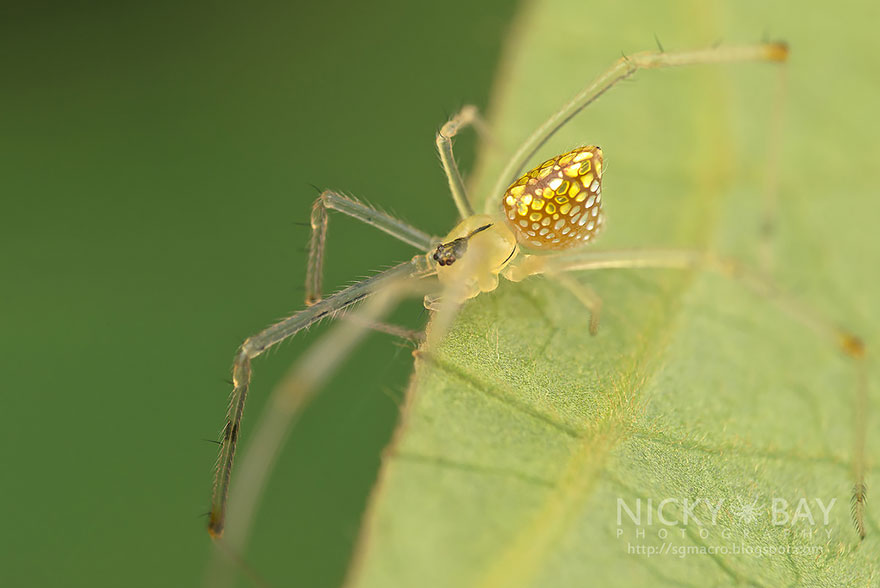 The beautiful silver plates have a few useful purposes, and can help camouflage them from predators. 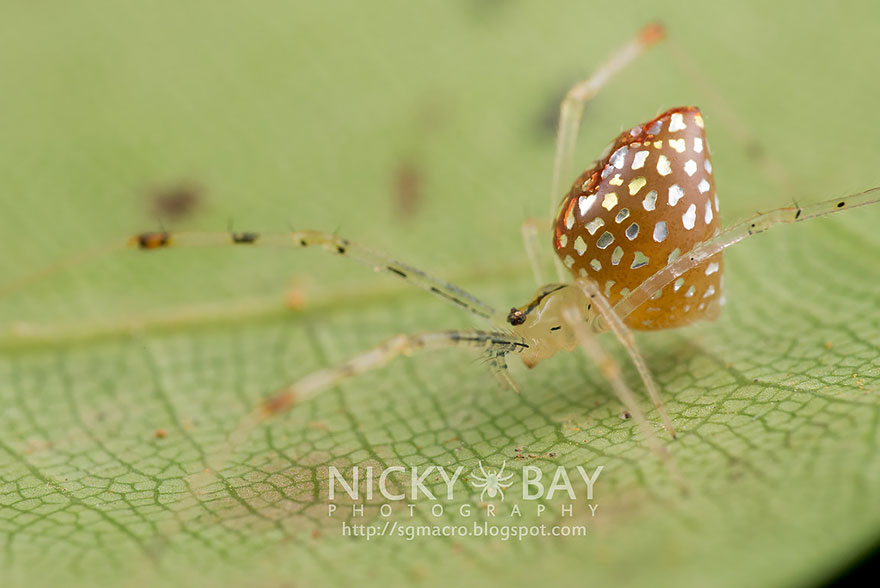 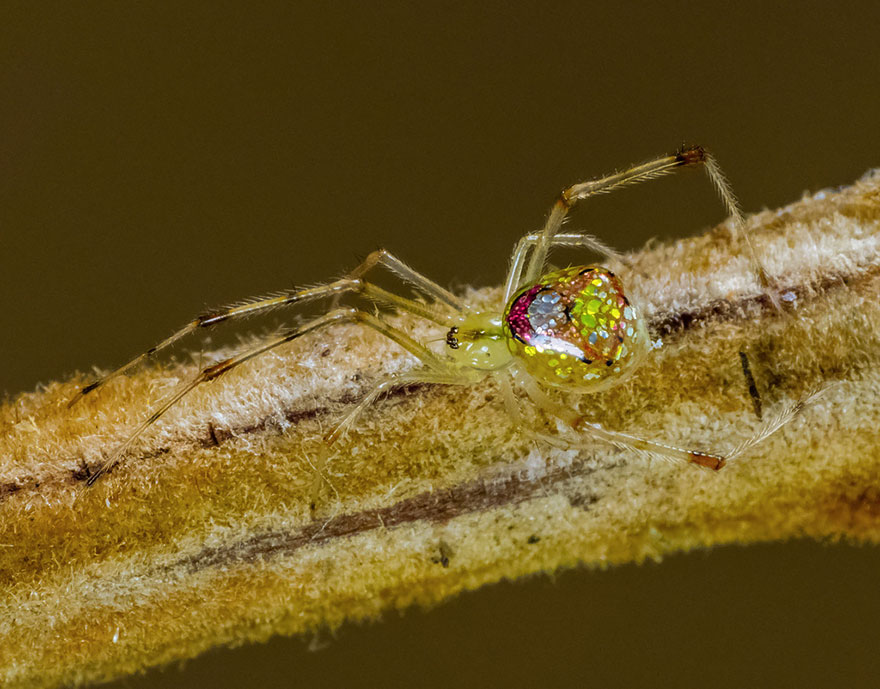 Whether you like spiders or not, you have to admit that these specimens are truly magnificent to see.