This year marks the 30th anniversary of the Hubble Space Telescope, which has brought us three decades of capturing some of the most stunning sights in space.

To celebrate this important anniversary, NASA is giving star gazers across the world the opportunity to find out what the telescope saw on their own birthday.

The Hubble was the first major optical telescope to be placed in space and has been showing us incredible photos of the universe 24 hours a day, seven days a week since April 1990. It has made more than 1.4 million observations of various stars, planets and galaxies littering our Universe.

As part of the celebrations, NASA launched a place for you to see a picture of the cosmos on your birthday. All you have to do is select your birthday month and day and the generator will reveal a photo from its collection.

Every hour, seven days a week, 365 days a year, Hubble is busy doing something. Which means the telescope’s back catalogue would have something cool for every day of the year.

For Hubble’s 30th anniversary, NASA has created a fun feature. On the space telescope’s website, there’s now a function that allows you to type in the day and month of your birth, and see what Hubble captured on one of your past birthdays. 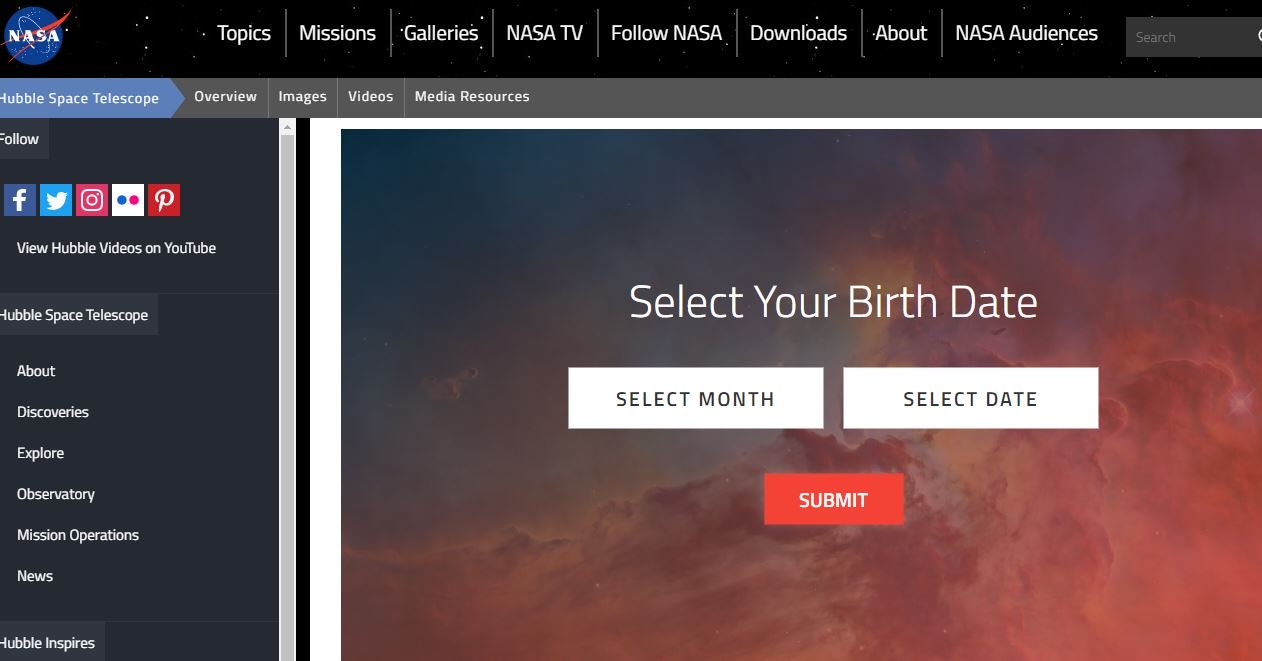 Ready to find out what extraordinary things were going on in the universe while you were cutting your cake?

Thanks to the ‘more info’ feature, this tool can also teach you a little something about the vast Universe our planet floats around in, and about the many celestial objects scattered throughout.

Here, we chose a random date, March 19th. We see Galaxy M83 was captured on that day in 2009. The galaxy, also known as the Southern Pinwheel, lies 15 million light-years away in the constellation Hydra. The vibrant magentas and blues reveal the galaxy is ablaze with star formation. The newest generations of stars are forming largely in clusters on the edges of the dark spiral dust lanes. These brilliant young stellar groupings, only a few million years old, produce huge amounts of ultraviolet light that is absorbed by surrounding diffuse gas clouds, causing them to glow in pinkish hydrogen light. 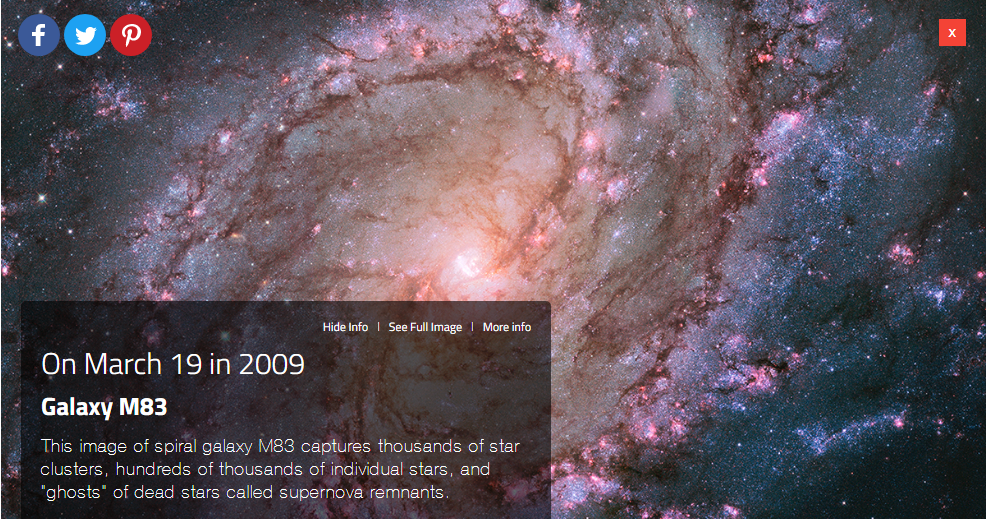