A double rainbow over a pod of swimming orcas in Puget Sound near Seattle, Washington, brings a stunning and peaceful sight.

In recent times, we have seen interesting animal stories from all over the world. It seems nature is regaining a foothold that was once lost.

There have been entire cities that are now silent, swans in Venice canals, dolphins in Italian ports, wild goats perusing Welsh seaside towns, and more.

One of the more breathtaking and heartwarming scenes we’ve come across is a video of a pod of orca whales swimming under a double rainbow. 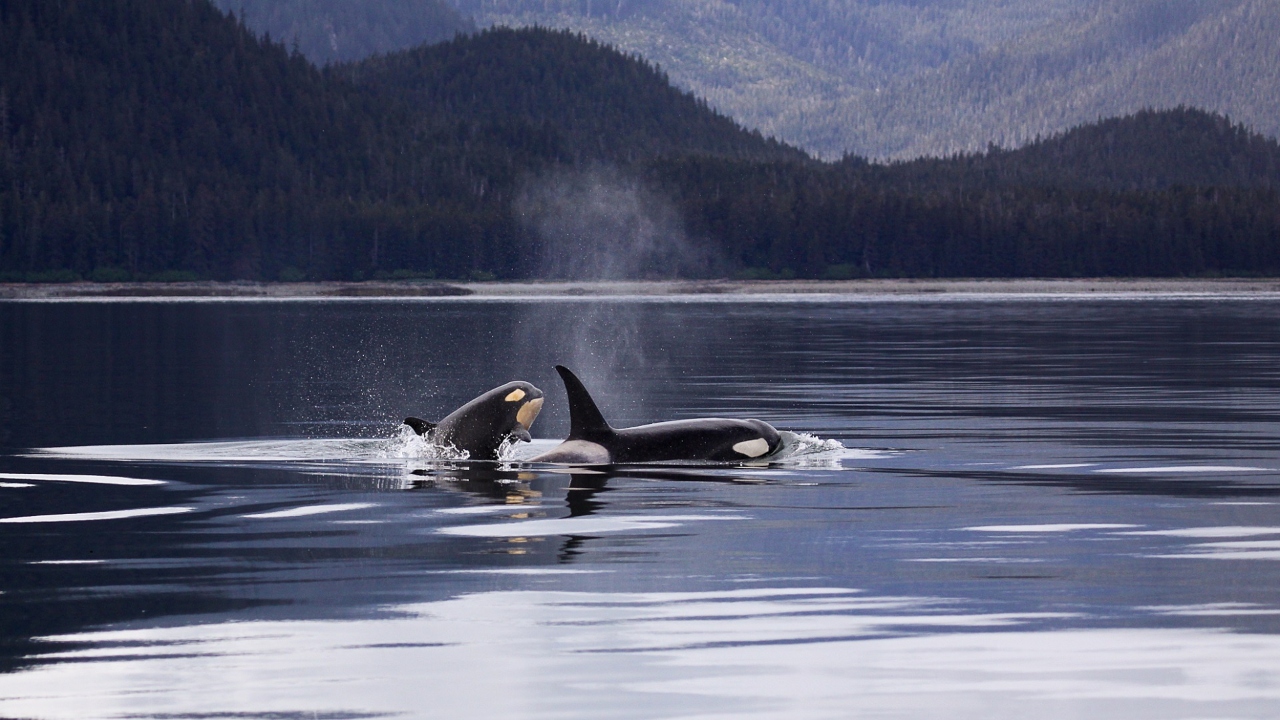 Also known as killer whales, orcas are playful, intelligent and social animals. They make unique calls to communicate with each other and use echolocation to find food.

The Puget Sound area of Seattle, Washington is home to a few species of whales, including humpback and orcas. An entire delicate ecosystem exists out in the waters, and below the murky depths, you’ll find creatures large and small battling to survive, with the largest being the region’s whales and dolphins.

Orcas can be spotted just about year round, but are most common in the spring and summer. And they are pretty thrilling to see with their distinct black and white markings. More than any other whales, orcas have become a symbol of the Puget Sound and Western Washington in general.

Roaming up and down the coast between Alaska and California, mammal-eating orcas travel together in small pods. The group is usually made up of one to seven whales, such as a mother and her direct offspring. When watching for these magnificent mammals, scan the horizon for black dorsal fins slicing through the water, a telltale sign of an approaching whale. 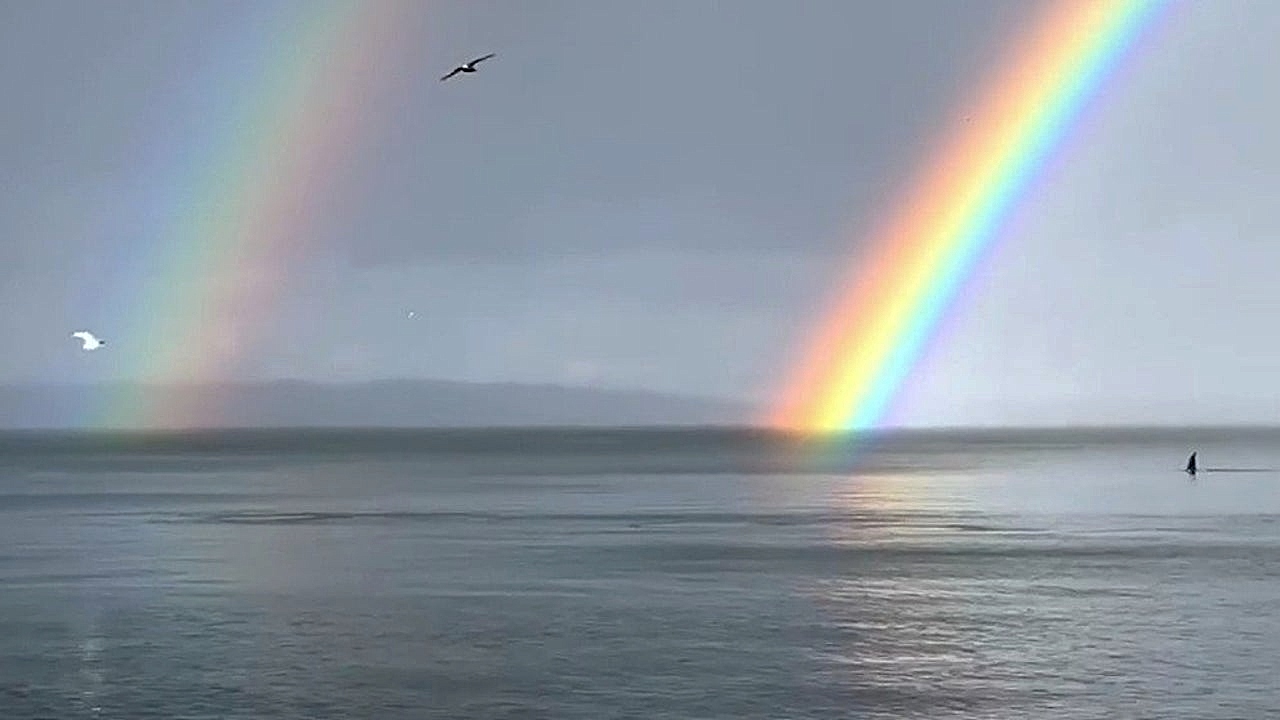 Darrion Sloan captured the footage below and we can’t get enough of it.

Graceful birds fly to and fro between the illumation of the double rainbow, as an orca whale shoots mist into the sky. It is truly a breathtaking sight to behold.

The absolute best way to see which whales are nearby is to follow the Orca Network across their social media platforms and their website. On its Facebook page, Twitter feed, and whale sighting page, you’ll be able to see the latest whale activity in the region.