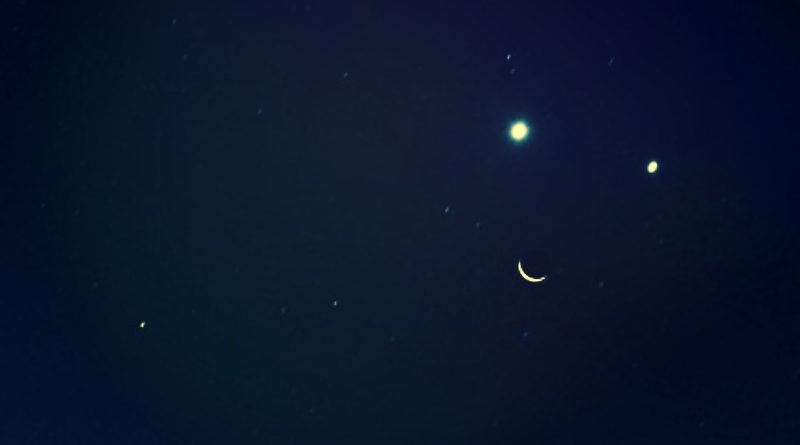 In just a few weeks, we will see a fairly rare celestial occurrence that will turn the moon into a smiling face.

If there’s one thing we could all use a little more of, it’s some smiles and positivity. Looks like we’re about to get one of the biggest smiles we could possibly ask for- the moon, Venus, and Jupiter are going to make it happen.

This rare celestial phenomenon has actually occurred a number of times in recent history, but the rareness in this phenomenon shows up with how difficult it can be to spot.

The event is called an occultation, and happens when a crescent Moon is positioned directly between Venus and the Earth, according to ABS-CBN News. Because of the positioning required, only certain folks will see a smiley face, while others will see the same thing, but upside down.

This interesting cosmic event occurred in the skies over Asia in 2008, which was visible from Australia and again in North America in 2012. Adding to the complexity of sightings, these events are visible only in the evening sky for a short period after sunset.

This amazing event was visible from all parts of the world. In fact, it was even visible in cities that are plagued by light pollution, like New York City and Hong Kong (so hopefully, you didn’t miss it). But even if you did, here is a  handy picture to give you an idea of what it looked like. 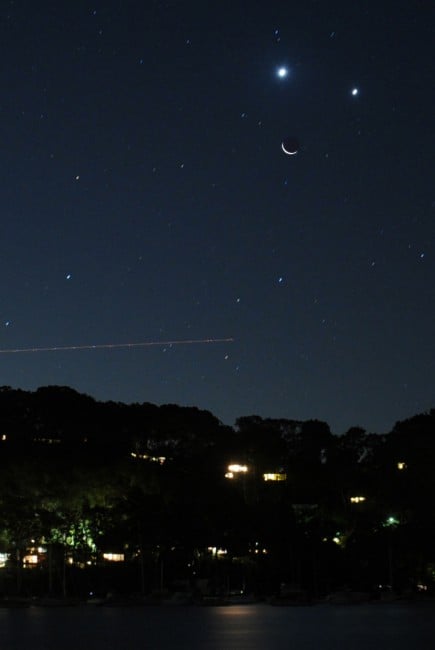 Looking at this image, it is extremely easy to see a smiley face. This is known as “pareidolia.” In essence, “pareidolia” occurs when one sees meaningful images in random data. It is a rather common phenomenon, especially in relation to astronomy.

Venus, Jupiter, and the moon are the 3 brightest celestial objects in our skies, and they are going to give us a very special show soon. The next smiley face moon conjunction is set to occur over North America, May 16, 2020.