We’ve never seen anything like this before, and the photographs captured tell a story that will live through generations.

The world has turned upside down in a very short period of time. The things we casually used to do without much concern are now check-listed, double-checked, and confirmed for necessity.

Several places around the world are in lockdown. Belgium became the latest EU country to introduce a lockdown on Wednesday, joining France, Italy and Spain. Belgium’s nationwide self-isolation policy is to run until April 5, longer than the 15-day lockdown currently imposed in France and Spain.

The Republic of Ireland is expected to introduce emergency legislation on Thursday to allow for a state of emergency and lockdowns.

Elsewhere in the world, Bolivia and Jordan declared a lockdown starting on Sunday, while Tunisia is about to follow the same path. Colombia will announce it on Tuesday. In the United States, only two states have jumped on such measures: California and New York.

Before these important life-saving measures were put into place, we had a different view of the world.

We would watch Mad Men and imagine life on the hustling, bustling streets of Manhattan. We would envision romantic holidays spent traveling to iconic destinations such as Venice or Pisa. We spent time with these images in our head because they are what we know.

Thanks to the wonderful world of technology, we can see places around the world without having to leave our homes.

Skyline Webcams and Webcamtaxi show us live streaming views of quintessential locations around the world. And, what we’ve noticed lately, is a trend of silence and solitude.

Let’s start with Venice, a place that has been in the news a lot lately due to their clear running canals and appearance of swans.

Venice, Italy, is one of the top tourist destinations in the world, seeing between 26 million and 30 million visitors per year. As you can see below, with the current situation, Venice now has a chance to breathe. 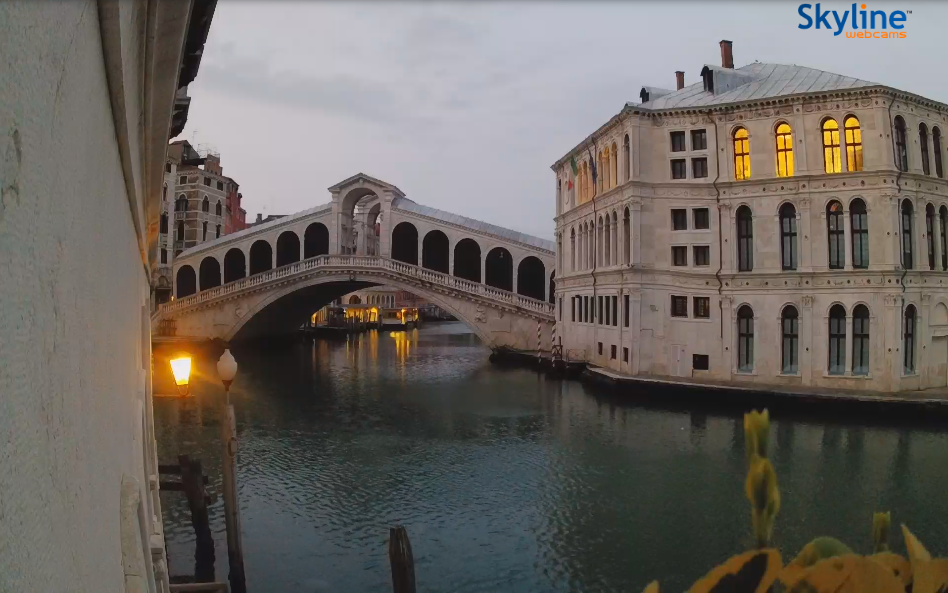 The Piazza San Marco in Venice is the public square where everyone usually gathers. 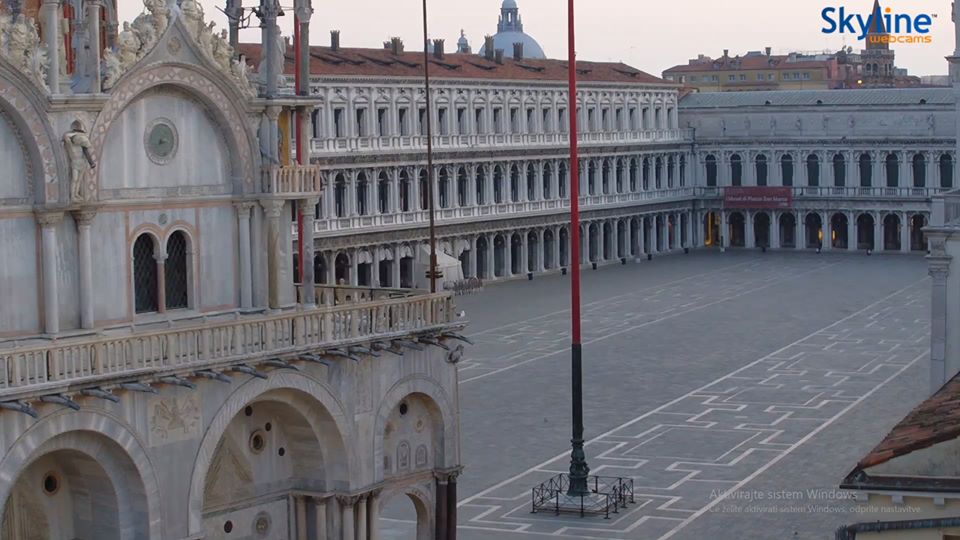 St. Peter’s Square in Vatican City is so empty, even the birds are nowhere to be found. 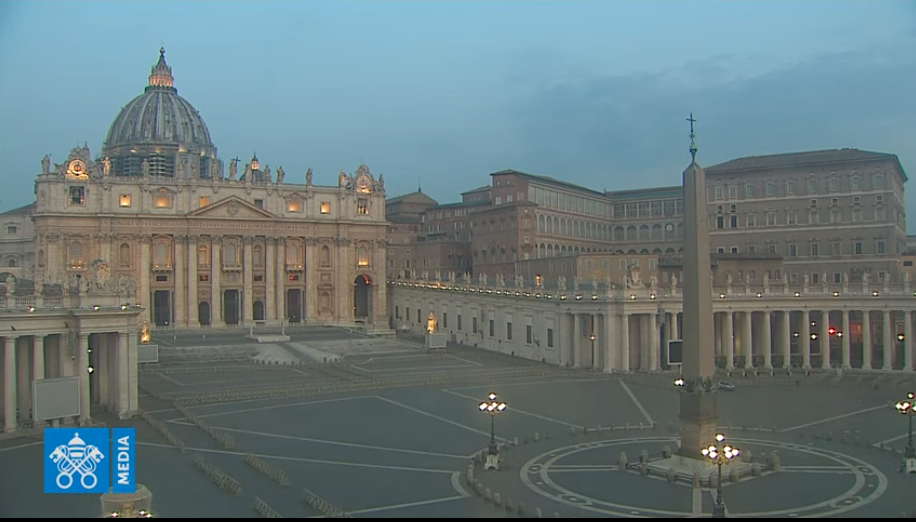 In America, Hollywood is even using this time to rehearse its lines indoors.

We have all heard of the well-known Hollywood Walk of Fame, where the golden stars line the way. It’s one of the most famous attractions in California. On any given day, or night, you will typically find hundreds of people lining the sidewalk. But not tonight. 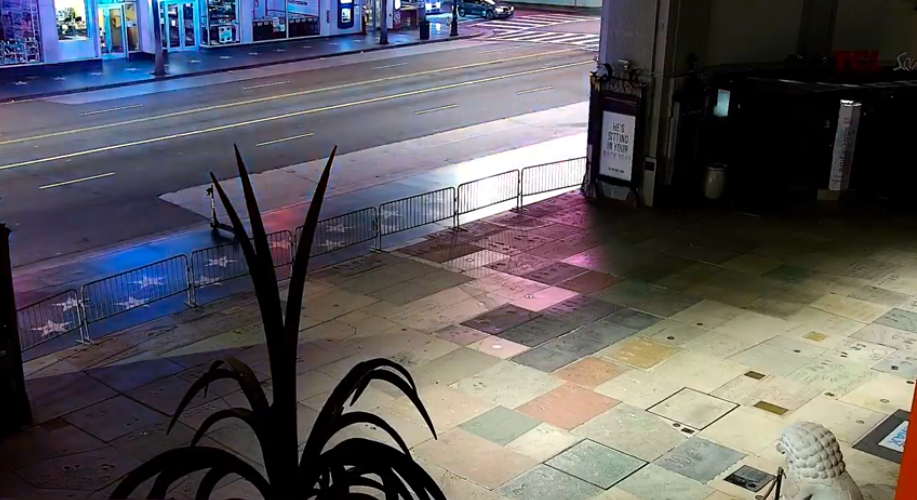 The strangest scene we’ve stumbled upon has sent chills down our spine. Times Square.

New York City has a population of approximately 8.7 million and comprises 5 boroughs sitting where the Hudson River meets the Atlantic Ocean. At its core is Manhattan, a densely populated borough that’s among the world’s major commercial, financial and cultural centers. Its iconic sites include skyscrapers such as the Empire State Building and sprawling Central Park. Broadway theater is staged in neon-lit Times Square.

Here, we see the current situation at one of the world’s most famous sites. 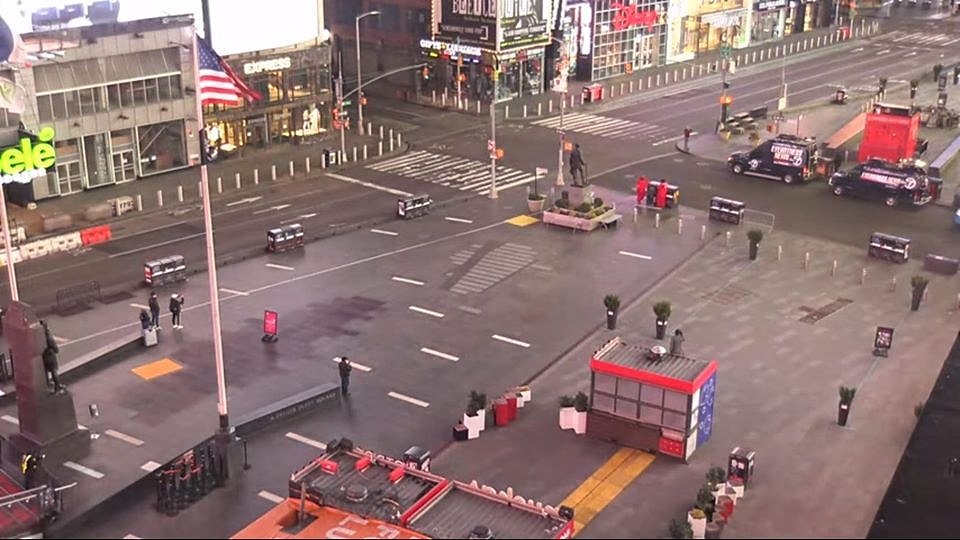 42nd Street in New York City is the epicenter for all things New York. Today, we see how seriously this virus has impacted the citizens of the Manhattan/NYC area. No buses, no taxis, no pedestrians. The sight is eerie to see when I can’t recall it ever happening before. 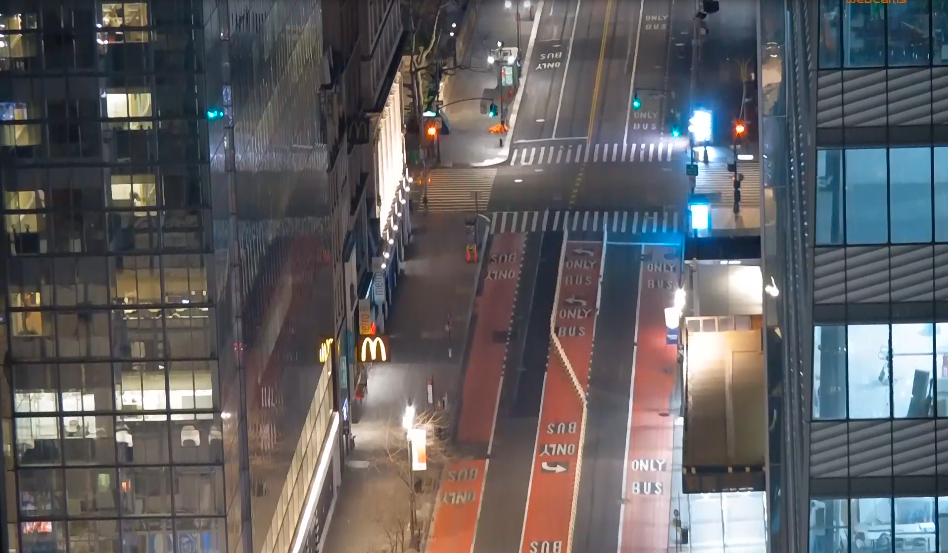 Las Vegas Boulevard is typically thought of as crowded, with cars racing past neon-lit casinos and wold class hotels.

This evening, at a time when Las Vegas is usually booming, we see one lone vehicle driving down the famous boulevard. 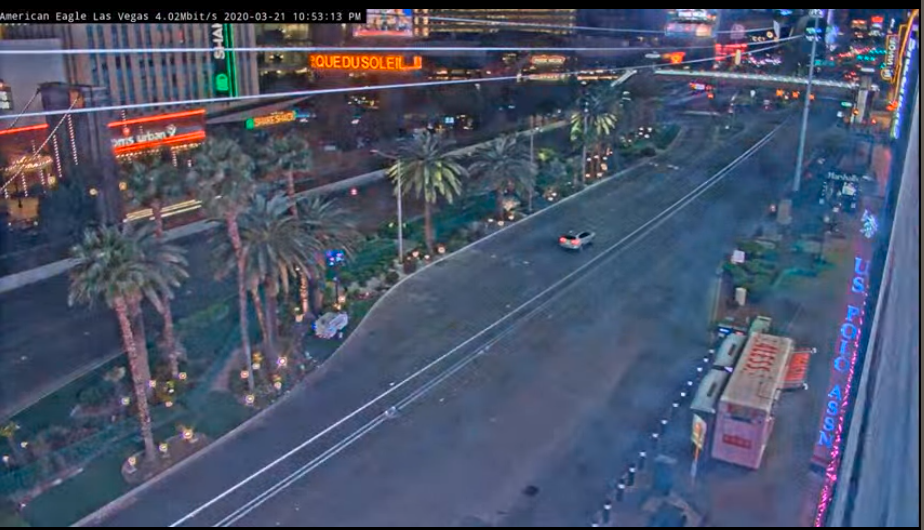 Finally, we take a look at Puerta del Sol in Madrid.

The main square, in the heart of Madrid, is as serene as a painting. 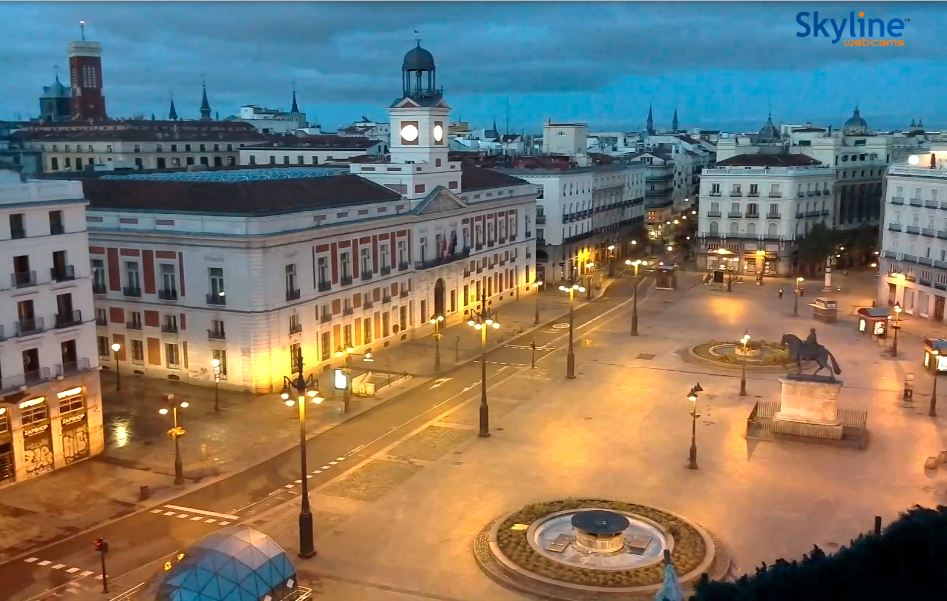 Remember, during this time, the best thing you can do for yourself, and for those in your community and the rest of the world, is to stay home. Stay safe, stay distanced, stay kind.

If you’d like to take a tour of some of the world’s most famous sites and landmarks, like Pisa or Amsterdam, check out SkylineWebcams and Webcamtaxi for the best options available.