Sometimes there are natural events that seem like they belong in a science fiction movie. This is one of those events.

While most people have heard of, and are amazed by the Northern Lights, it turns out there may be an even more fascinating and otherworldly celestial event that takes place.

In northern Ontario, residents are used to viewing the Northern Lights, but tech YouTuber Timothy Joseph Elzinga was in for a big surprise when he gazed out his window. Awoken by his 2-year-old son at 1:30 am, Elzinga was about to settle back into bed when he noticed a strange sight—moving, shimmering lights that appeared to be beaming straight up from the ground.

Timothy quickly picked up his camera and shot some amazing photos of what he later realized is a phenomenon, called “light pillars.”

“I thought it was The Northern Lights because we live in Canada,” Elzinga said. “It was a super clear night, you could see everything. These lights were [shooting] into the sky, blasting hundreds of feet in the air, and they were shimmering and moving.”

A light pillar is an atmospheric optical phenomenon in which a vertical beam of light appears to extend above and/or below a light source. The effect is created by the reflection of light from tiny ice crystals that are suspended in the atmosphere or that comprise high-altitude clouds.

With temperatures dropping to 0 degrees Fahrenheit (about -18 degrees Celsius), dense clusters of ice crystals formed, creating the perfect vessels to reflect light. What Elzinga saw wasn’t really a column of light. These light pillars were merely an optical illusion as the homes, businesses, street lights, and traffic lights caused a collective reflection off the ice crystals.

“It looked like someone from Star Trek was trying to beam people up,” Elzinga tells CBC. “It was very bright in person, like nothing I’ve ever seen. It almost seemed supernatural.” 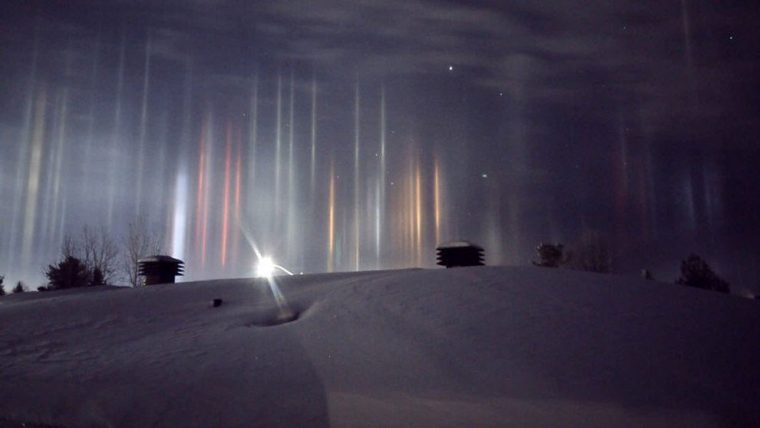 You can watch the video below of how he captures the light pillars and see for yourself how incredible this looks in first person:

We found some more instances of this fascinating and spectacular sight and wanted to share them with you so you can enjoy their beauty as well. 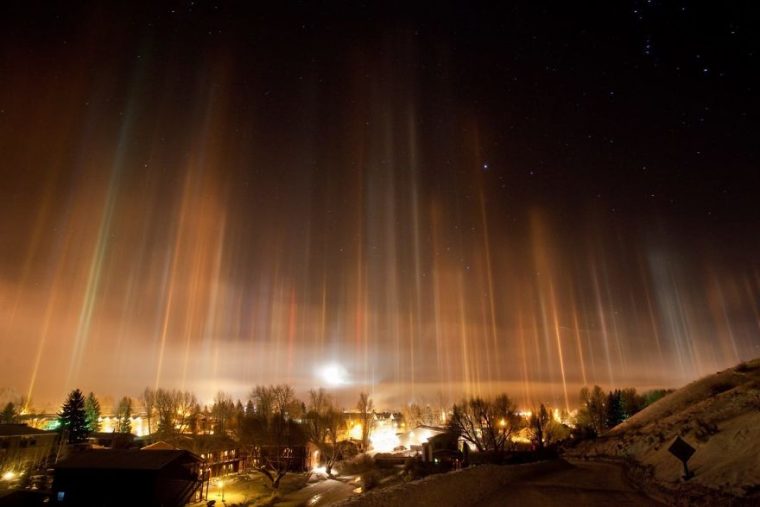 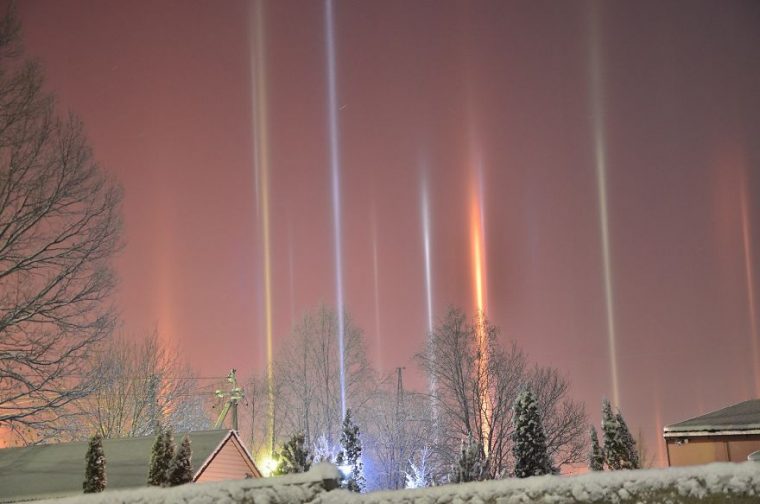 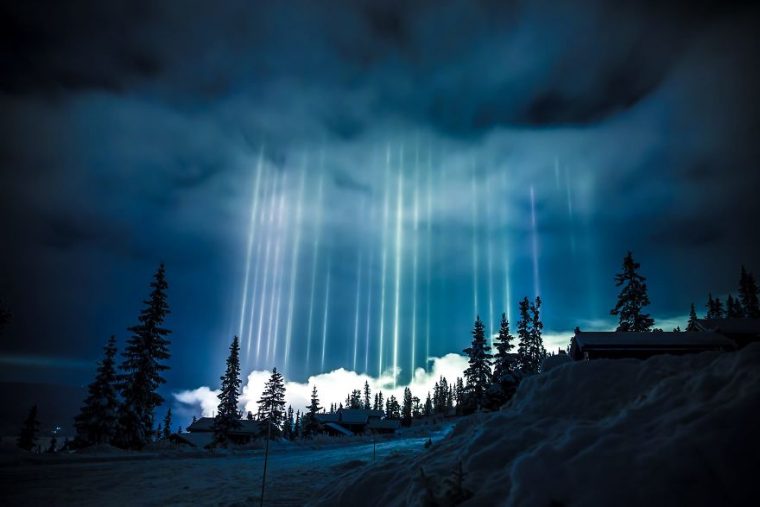 Have you ever seen light pillars before? Were you lucky enough to capture them on camera? Let us know in the comments and we may feature your photos in our next article!