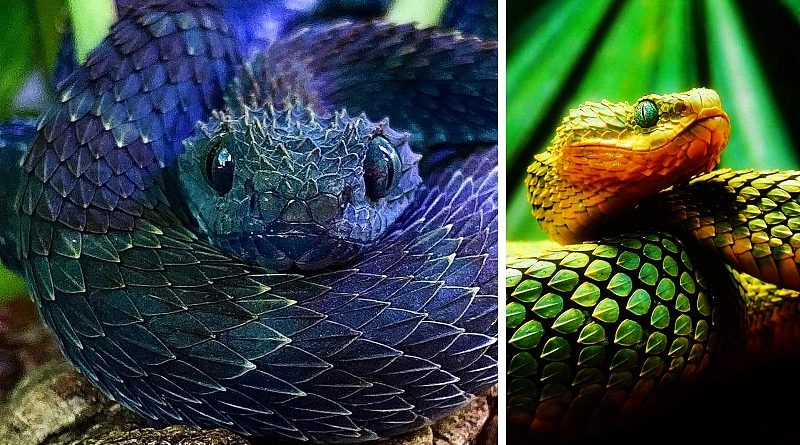 Do you regularly avoid humans and spend most of your time relaxing until it’s time to eat? You may be a bush viper.

When I first came across the Spiny Bush Viper, I was almost positive that it wasn’t a real creature. It has scales, or spines, that resemble pretty much every single fictitious dragon I have ever seen or imagined.

To my surprised pleasure, these snakes are in fact the real deal.

Their scientific name is Atheris, and they are a genus of venomous vipers known as bush vipers. They are found only in tropical sub-saharan Africa. These snakes live in Congo, Uganda and Kenya, but are rarely seen in the wild because they inhabit regions that are distant from the human settlements. For the same reason, exact number of remaining spiny bush vipers in the wild is unknown.

Growing in lengths of up to approximately 23-29 inches, they might not be the largest snake in the world, but they don’t need to be big to do some damage.

Bush Vipers are ambush predators who live in trees and spend most of their time in the highest branches in order to find unsuspecting prey. And they’re nocturnal, so they know when to find the easiest meal.

It’s a good thing they tend to avoid humans, and that humans don’t typically enter their natural habitat. Why, you ask? Well, these snakes are highly venomous and because of their rarity, it has been impossible to find or create an antivenom.

Usually, a bush viper snake can be found in a variety of colors that have a similarity with the outdoors, such as green, olive green, bluish colors or some type of brownish colour, but there are some strikingly unique variations which have been spotted and captured on film.

Below are some of the most beautiful Bush Viper Snakes in the world. 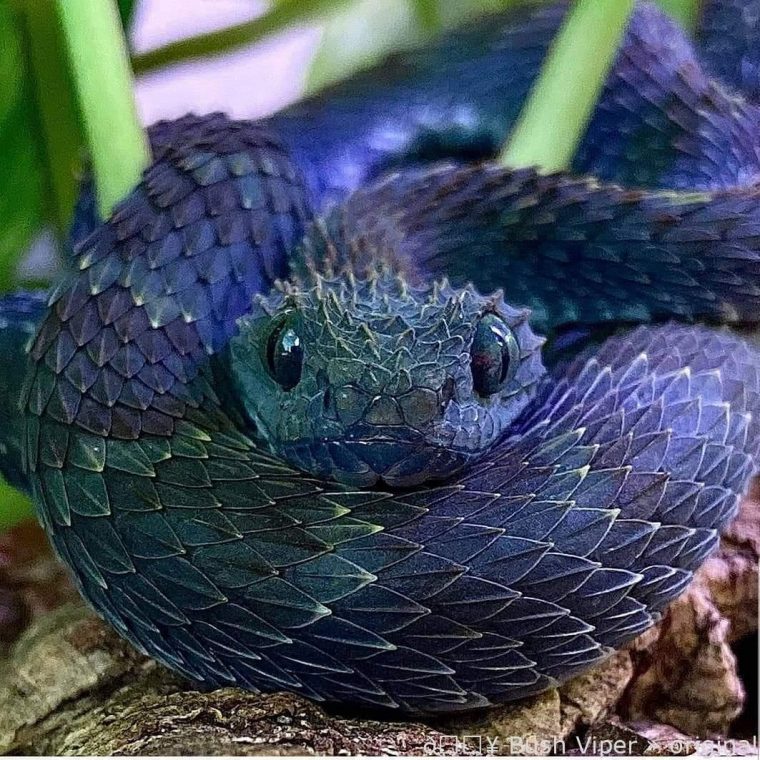 Look at those scales! They are beyond perfection and it is stunningly beautiful. 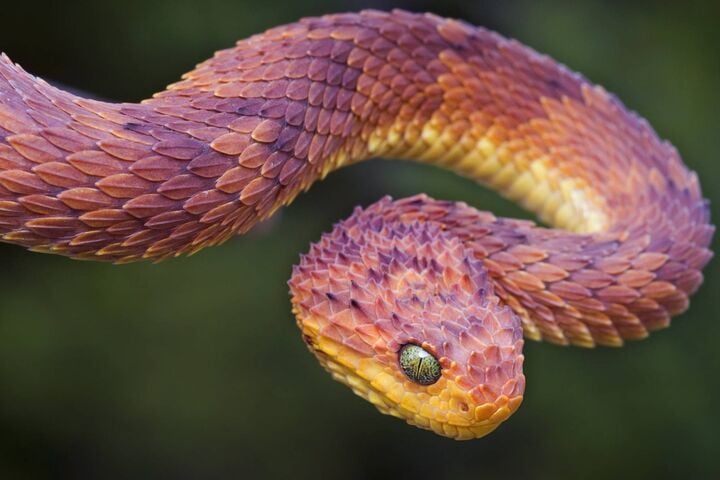 This snake usually appears in shades of green, brown, red, and blue with variations of all hues being seen in some species. 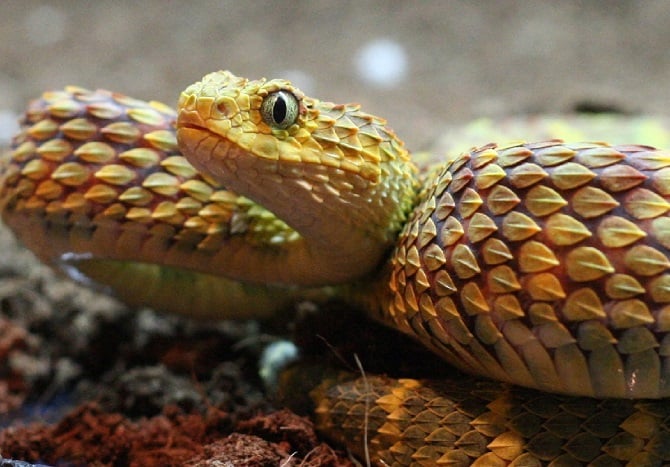 Just looking at these creatures makes me instantly think of dragons, don’t you agree? 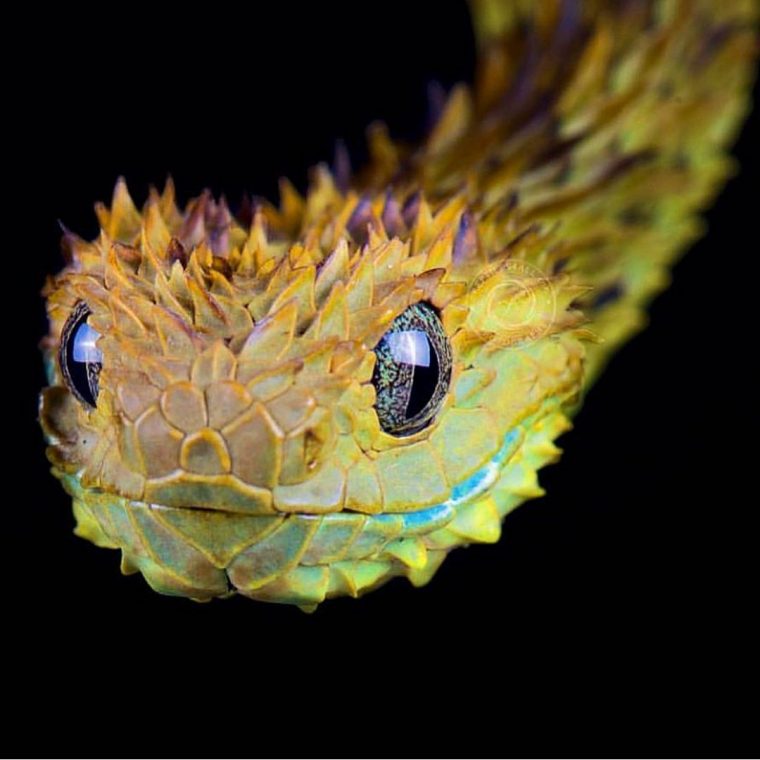 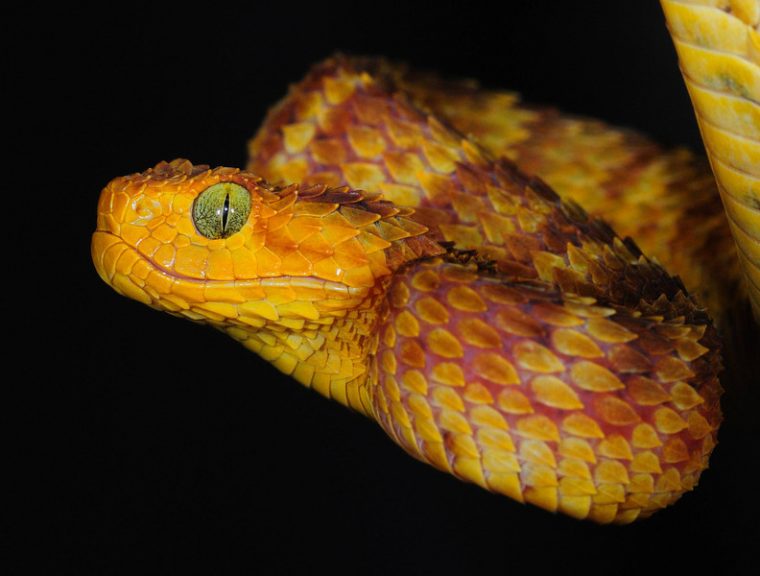 They truly are amazing snakes, and even if you don’t like snakes, you have to admit that these are beautiful and magical beings. Let’s hope they stay away from humans for another few centuries.