This beautiful puma was once confined to a zoo, but has been rescued by a loving soul and is now one super spoiled kitty.

Messi is a 90 pound cougar who lives with Maria and Aleksandr Dmitriev in a one-bedroom apartment in the Russian city of Penza. 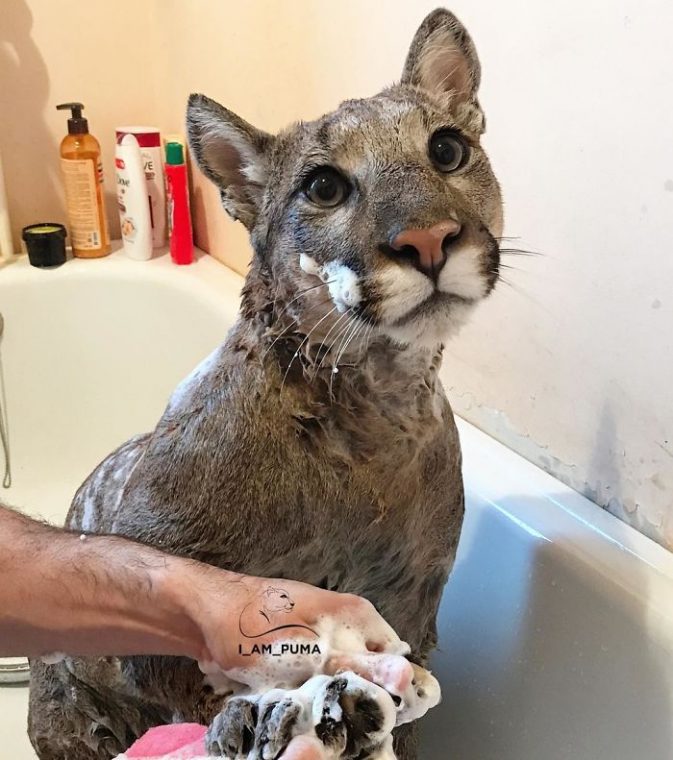 When he was a sickly eight-month old cub, Messi caught the loving eyes of Maria and Aleks at Saransk Zoo in Penza.

He was battling health problems that he’d sustained since being bought by the zoo five months earlier. Messi was one of three cubs born together in captivity. 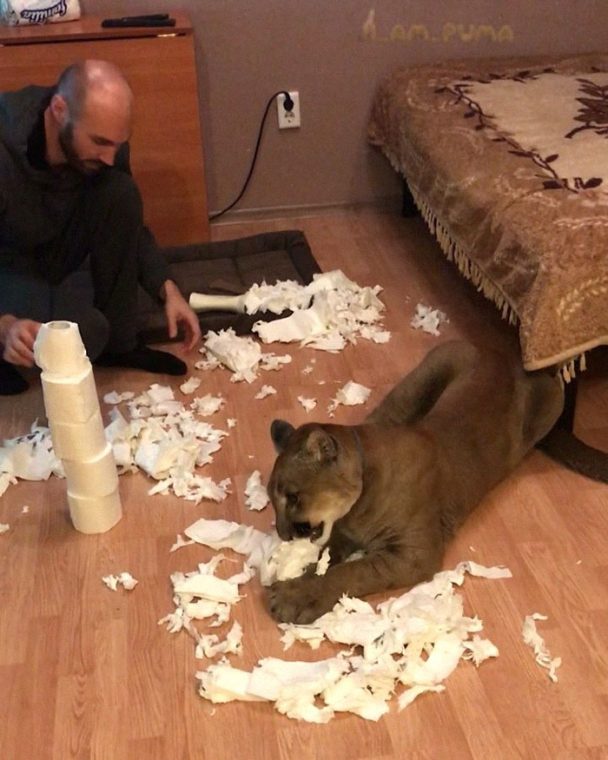 Concerned for the animal’s wellbeing, the couple timidly approached the zoo manager and asked if they could purchase the animal. To their utmost surprise, the zoo said yes. “He always thought about having a lynx—never a puma,” Mariya said of her husband’s love for big cats. “It’s hard to explain but we believe that having this puma is part of our destiny.”

Messi was smaller than a normal puma due to his early health problems and needed a lot of medical attention and care. The Dmitrievs took their parenthood seriously and brought the little one home for rehabilitation. 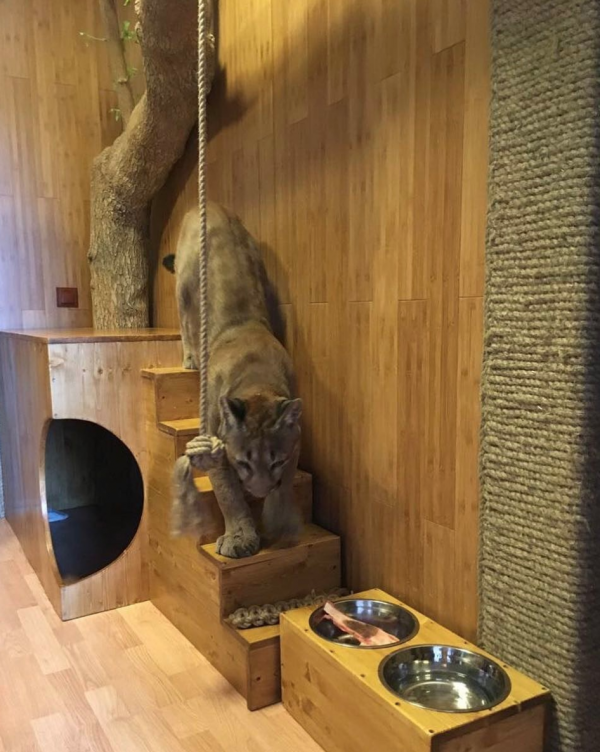 Mariya and Aleksandr have poured love and diligence into the well-being of their new heavyweight housemate, however, and have all but nursed the cub back to health. Still, owing to his history of poor health in captivity, he is still only two-thirds of the size of a puma in the wild. 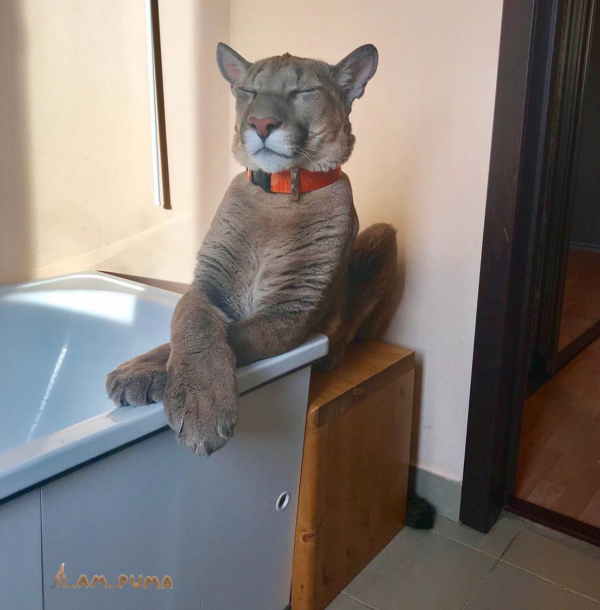 Some people have urged the couple to send the puma to a wildlife sanctuary. But Aleksandr and Mariya state that Messi couldn’t survive in the wild. It should also be noted that the couple don’t, in fact, encourage anyone to domesticate pumas and other big cats: Messi is an exception because he is exceptionally gentle, calm, and sickly.

The unusual family maintain a popular Instagram account where they document the extraordinary daily life of growing puma Messi in his humble Russian home. “He is just an ordinary cat,” Aleksandr remarked. “He has all the habits of a cat.” 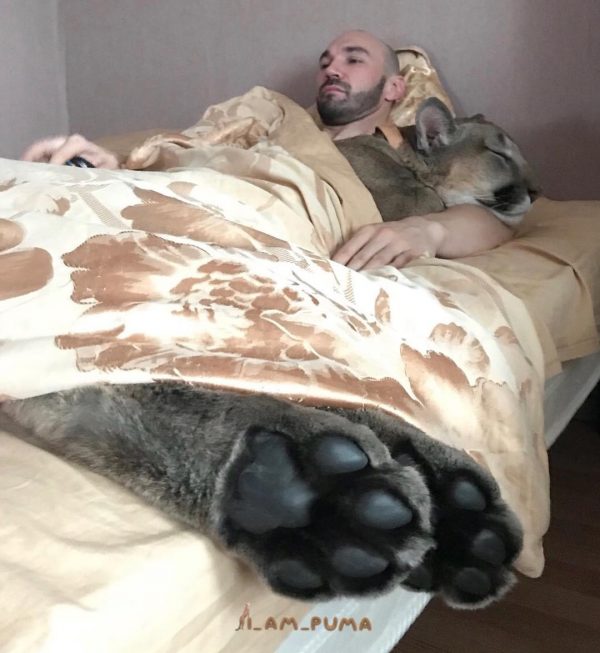 “He does not realize that he is a star and, thank God, as stars usually have demands… He lives here without any special treatment. He eats what we eat, he sleeps where we sleep.”

We love you, Messi.