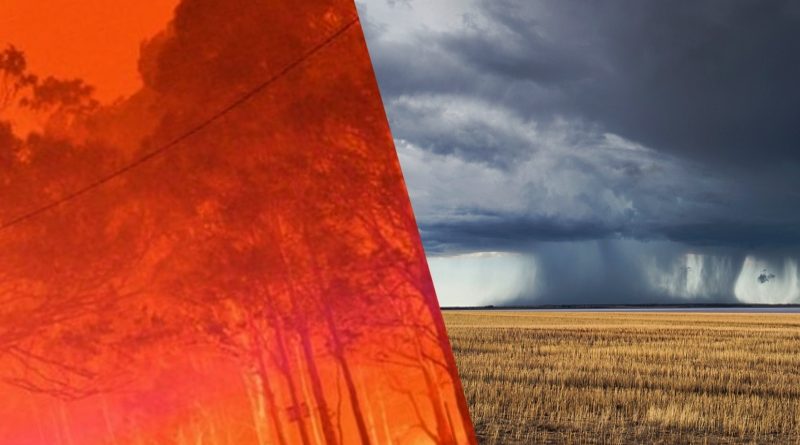 We have been praying, holding hands, and sending donations in hopes of seeing some relief from the terrible Australian bushfires.

It looks like the gods have heard our cries for help.

As LadBible reports, “After weeks of not seeing a drop, parts of Australia have been drenched with rain after a massive storm rolled through. Firefighters and drought affected farmers have been praying for this moment ever since the forecast was made and the heavens have certainly opened up.

According to Sky News, a month’s worth of rain fell over Melbourne over a few hours and the storm is now heading up through New South Wales.”

With an expectancy of 30 to 80mm of rain between now and Sunday, some worries vanished while others are just beginning to surface.

People in Victoria reported hailstones as big as quarters along with rain so heavy that it caused mild flooding in some areas.

It was a welcome change for those in Melbourne, as the rain washed away a lot of the hazardous smoke haze that had been hanging around the city for several days. More than 70mms was dropped over St Albans, in Melbourne’s west, in just an hour. 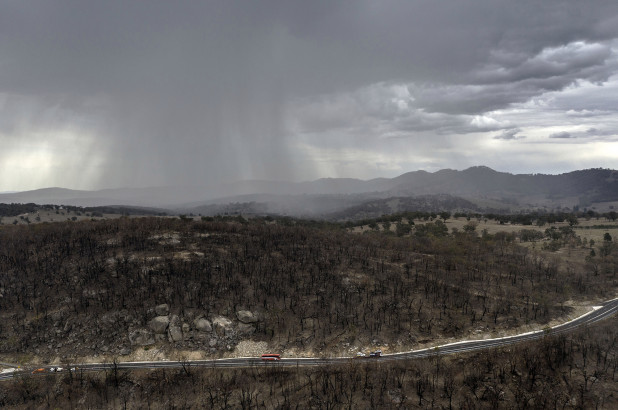 And yes, this might seem like a well-deserved rest for firefighters who have worked overtime the past few months, however, the concern for wind speeds and water pollution still looms overhead.

There have been wind gusts up to 133km, which have destroyed homes and will pose safety concerns.

With more rain to come, it does not necessarily mean the end of Australia’s bushfire season. The thunderstorms may cause a string of events to continue.

There are some fears that the massive deluge, particularly, in bushfire affected areas, will do more harm than good.

While they have helped put out blazes across New South Wales, concerns are rising that the water will wash away all the topsoil and ash into our water systems.

“Thunderstorms, a bit of a two-edged sword. While they can bring some much useful rain, it can also come down in pretty fast, high quantities,” Bureau of Meteorology senior meteorologist Kevin Parkyn said.

While the rain might inconvenience some people, it’s massively welcome for others.

The hit & miss nature of #thunderstorms means it’s difficult to forecast exactly where the heaviest rain will be—some parts of #bushfire & #drought affected eastern Australia could see 50–100 mm over the next few days; while others may see very little https://t.co/T7MYuIdxkO pic.twitter.com/zgmiBmqcIG