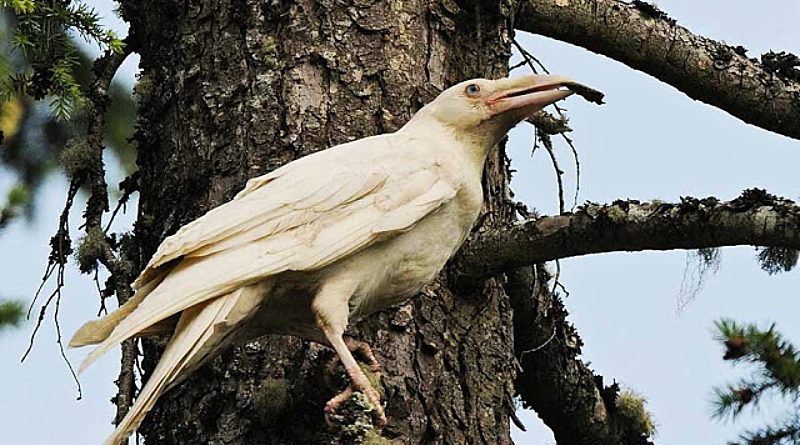 Spirit Ravens, or White Ravens are powerful symbolic messengers, and their beauty can be found in this very special place.

It has been called the Spirit raven capital of the world, and for very good reason.

Qualicum Beach, a beach and town on Vancouver Island British Columbia, has been home to rare white ravens for the past few years. This year, at least one new white raven has hatched, prompting birders to flock to the seaside paradise.

When most of us think of a raven, black immediately comes to mind. White ravens are the result of the mating of two common ravens with the same genetic defect. The same pair could produce many generations of white ravens, since common black ravens are monogamous and long-lived.

One of the largest corvids, the raven is known for their jet black appearance, their unusual caw, and their high intelligence. The birds also have a long lifespan and can live up to 21 years in the wild. They mate for life and are found throughout the Northern Hemisphere.

As a subject of myths and legends, ravens are often depicted as extremely clever and resourceful animals. One legend talks of how ravens were once white and helped humans (and the earth) get fire before they were turned black by the flames. 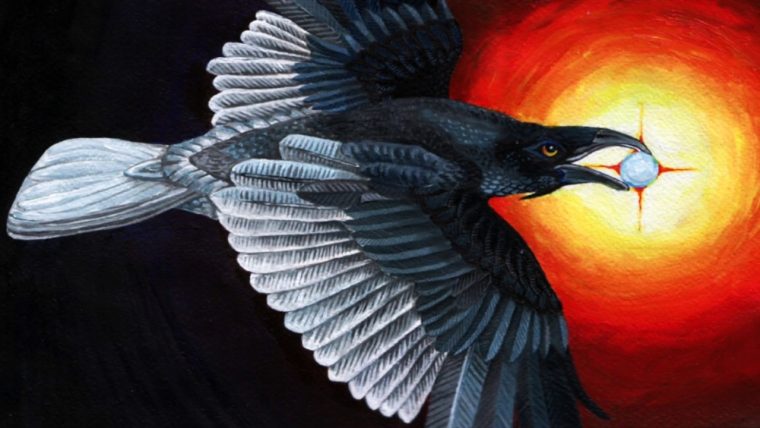 Mike Yip, a 66-year-old retired school teacher, heard reports of a sighting in the area, and went in pursuit with his Nikon D300 camera in hopes of spotting one of these majestic birds.

White Ravens have been reported for well over ten years in the area. 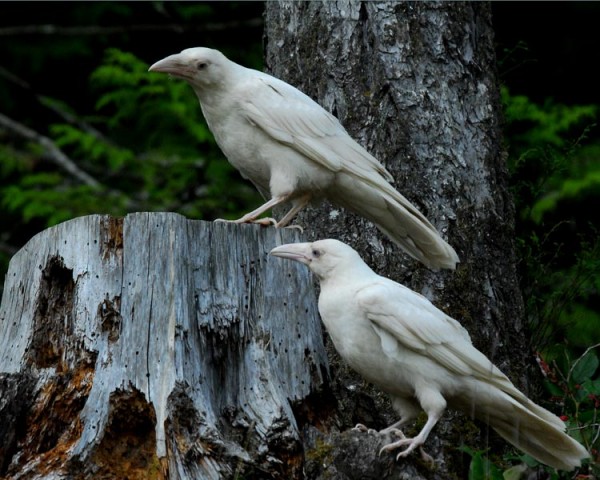 Yip first became aware of white ravens in the early 2000’s when a golfer told him about seeing them at a course near Qualicum Beach.

It was back in 2004 when he started sharing his photos on his website and with local newspapers. “As a result I soon established the reputation of the local ‘birdman’ and people started contacting me about strange bird sightings,” Yip told Reshareworthy. 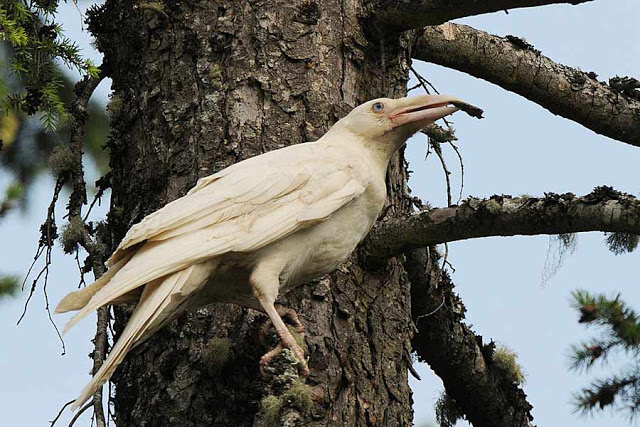 The White Raven is held in high regard by many native cultures and has special spiritual significance. Several native legends credit the White Raven for bringing light to the world by freeing the sun, moon, and stars which were locked away by an evil being. 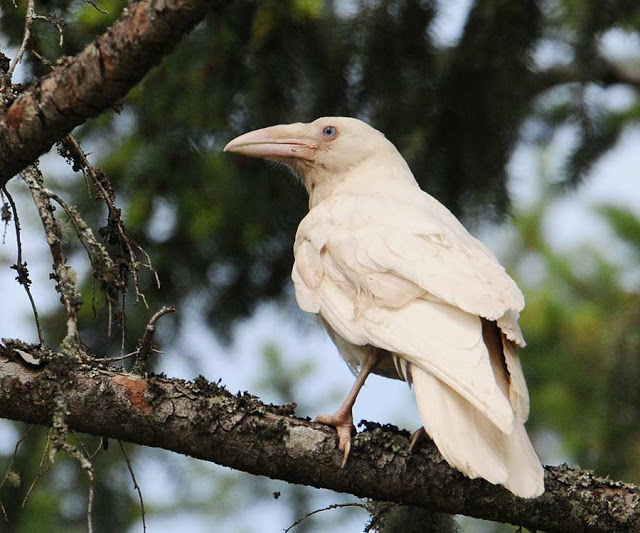 In the course of its heroic deed White Raven was turned to black. The occasional sighting of a White Raven now is meant to remind people of how the world was saved for all mankind and animals of creation. 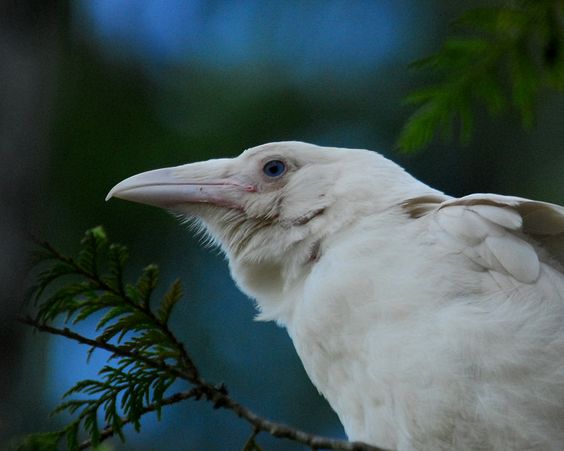