Science is a wonderful thing, especially when it is combined with something as magical as these crescent moon shadows.

Most eyes in Singapore on Boxing Day were trained on the Sun as a rare eclipse happened, but a few onlookers posted pictures of many strange crescent-shaped light patterns they noticed on the ground.

These shadowy patterns dotted pavements and walkways on Thursday afternoon (Dec 26) during the annular solar eclipse and coincided with the height of the astronomical event when the Moon covered the centre of the Sun to create a “ring of fire” effect at around 1.30pm.

The eclipse, which happened for the first time in two decades, lasted from 11.30am to 3.20pm.

While plenty of people in the beautiful country of Singapore had their eyes aimed skyward, others observed some other peculiar sights as the Dec. 26 solar eclipse event was unfolding.

One phenomenon seen by many was the formation of these crescent shaped shadows.

The repetitive banana-shaped light patterns cast on surfaces, such as floors and walls, are actually multiple images of the partly-eclipsed crescent of the sun.

This phenomenon is seen when light from the sun passes through the tiny gaps between the leaves of the trees.

The effect is the same as light passing through pinhole cameras — except in this case, the pinhole is not necessarily very small.

Usually, as the sun is round, the light on the ground is just a dot of round light.

People usually don’t think twice about the shape of the light shone on the ground or walls, and do not think of it as a projection of the image of the sun.

Here is what a solar eclipse image looks like versus a normal sun image on the same surface: 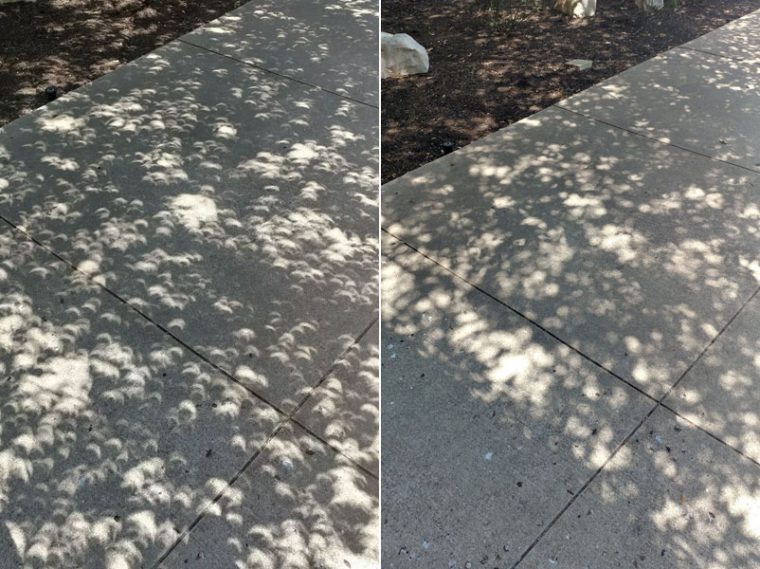 To reiterate: This phenomenon is captured as light from the sun passes through tiny openings, such as the gaps in between leaves on trees.

These gaps allow light rays from different parts of the partially obscured sun to create an enlarged image of the sun on the ground.

In fact, the same phenomenon occurs all the time, but the images created are circular, showing the entire solar disk.

Here are some more images of crescent shadows: 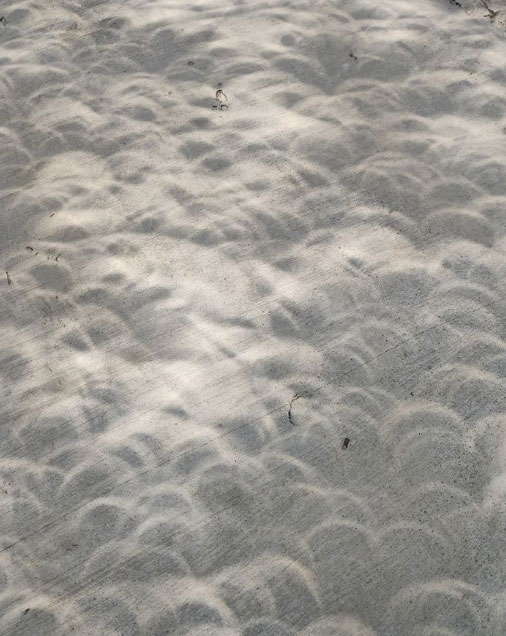 The look like clouds forming in an overcast sky. Nature is truly beautiful. 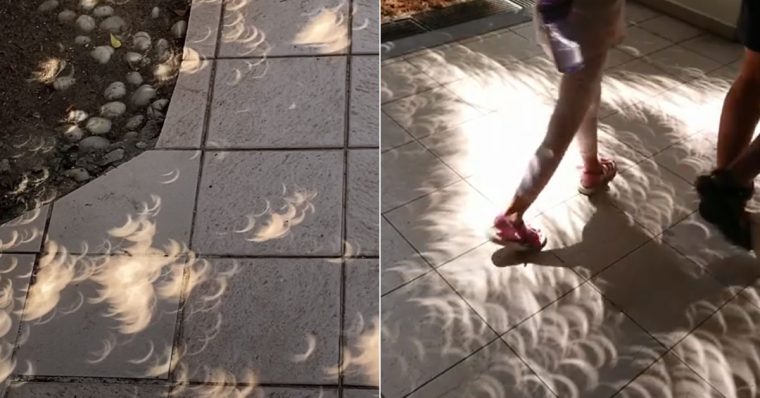 Aren’t these shadows unique and amazing? I would love to see something like this one day. Have you ever seen crescent moon shaped shadows from a solar eclipse?