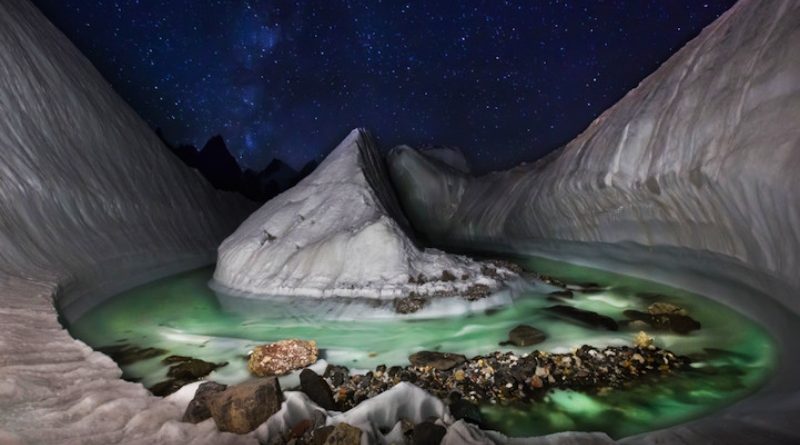 One photographer captured an incredible scene that most people would never have laid eyes on in their lifetime.

The Himalayas are some of the most treacherous mountains on earth. Because of this, we haven’t exactly seen all that there is to see in that region. It has only been recently, within the past few years, that drones have been flying over the Himalayan mountains to research glaciers, and in that short time we have learned a lot about the environment.

Many researchers believe that drones could significantly transform our understanding of glacier dynamics and glacier melt. They can collect data on large geographical areas faster than ground-based field studies and have higher spatial resolution than satellite imagery.

And they are especially suited to tracking and mapping natural hazards and risks, such as glacial lake outburst floods and landslides, due to the ease with which they can reach and monitor far-flung places in dangerous terrain.

And, as one photographer discovered, they are perfect for finding hidden treasure in photo form.

Polish photographer David Kaszlikowski captured a mesmerizing scene atop a glacier near the K2 mountain, one that he wouldn’t have ever discovered otherwise. The quest to find a unique Himalayan locale started while he was shooting the upcoming documentary called K2 Touching the Sky. Kaszlikowski wanted a personal project to work on during his downtime, and so he sent his DJI Phantom drone to check out the scenery surrounding the world’s second-highest peak (8,611 meters high). (The first being Mount Everest at 8,848 meters high) 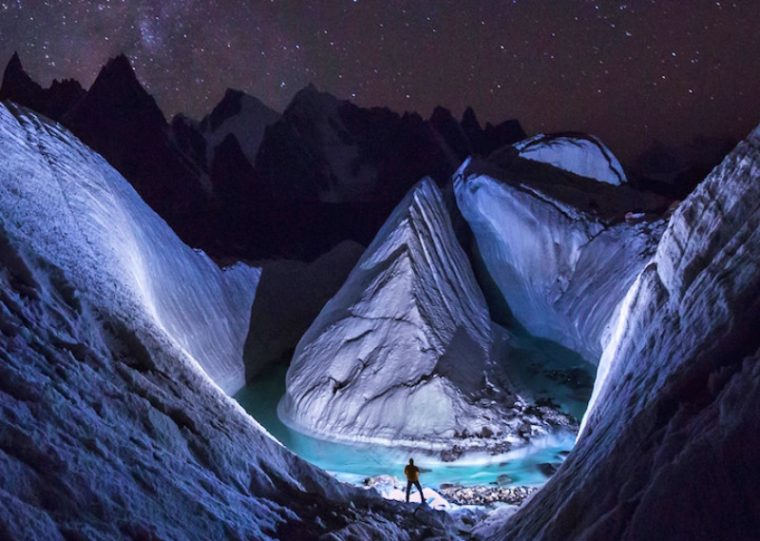 The device found a secluded spot near Concordia, which is the area below K2 where the Baltoro and Godwin-Austen glaciers converge. Kaszlikowski noticed that there was a section of glacier surrounded by a 65-foot-wide pool of water.

He explains the area had a special feeling to it, even though the reason behind the importance of the photo evokes a sadness we all can understand due to climate change.

“The place was special, making a very clean graphic frame,” he told Wired. “It was disappearing, melting, changing its form every day. It was quite obvious nobody will photograph it again like me; nobody will see it the same way the next season.” 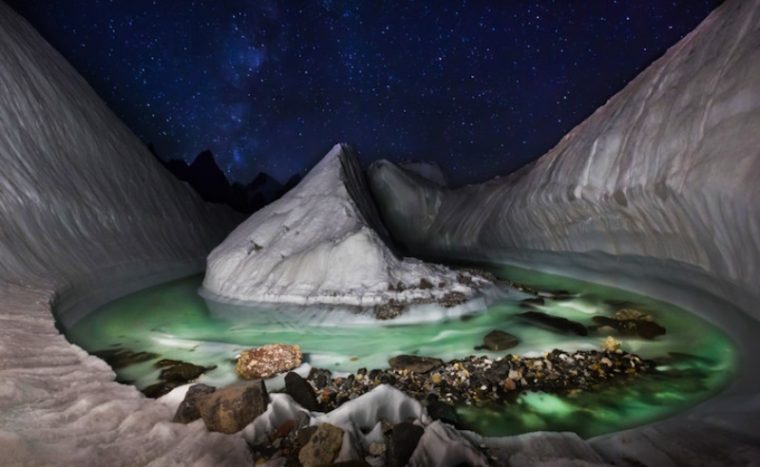 To capture the awe-inspiring sight, Kaszlikowski and a guide hiked to the spot at night, where he used a 30-second exposure shot with a Canon 5D Mark III. While the shutter was open, he illuminated the environment with an LED. The result is a surreal, eerily-glowing form that looks as though it’s from another planet.

Most people, Kaszlikowski included, would have missed this special location without the aide of a drone. It’s shown us some of the most miraculous imagery, and we are certainly thankful for that.