Did you know that there are ancient trees on our planet that are thousands and thousands of years old?

Be honest. When was the last time you had a good look at the trees in your garden, or around your neighborhood? The ones on your way to school or work, or along your daily walking route. Have you ever had time to admire the trees that you generally see on your way? For many of us, the answer is ‘no.’

Most of us are very busy with our daily schedules. We don’t have time to pay attention to what we consider to be trivial things. When we travel, most of us are on our phones. We receive business calls, urgent notifications, constant check-ups on Facebook, a casual scroll through Instagram and many people don’t even see the face of the person seated right next to them on a bus. So, naturally they don’t see the trees or flowers.

The saying “stop and smell the roses” applies to many avenues, and can be used to appreciate anything in nature. Like massive ancient trees, for example.

Beth Moon is a photographer based in San Francisco. She has been searching for the world’s oldest trees for almost two decades. For 14 years, she has traveled all around the world to capture the most magnificent trees that grow in remote locations and appear as if they might be as old as the earth itself.

“Standing as the earth’s largest and oldest living monuments, I believe these symbolic trees will take on a greater significance, especially at a time when our focus is directed at finding better ways to live with the environment” writes Moon in her artist statement.

Sixty of Beth Moon’s duotone photos were published in a book titled “Ancient Trees: Portraits Of Time”. Here you can have a sneak preview of the book, full of strangest and most magnificent trees ever.

Avenue of the Baobabs

The dirt road linking Morondava and Belo Tsiribihina in Madagascar is framed by dozens of rare and ancient baobab trees creating a setting so beautiful and unique that it may become the country’s first official natural monument. 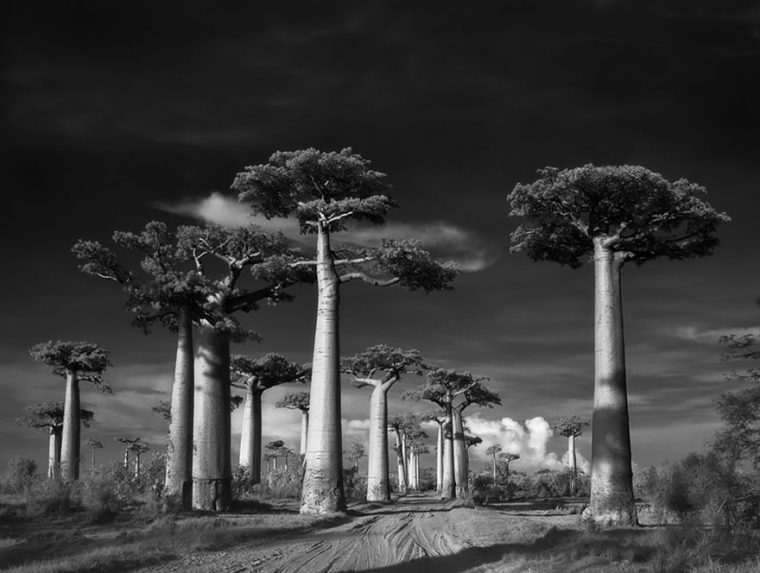 This massive tree near Lephalale, Limpopo, is one of South Africa’s five biggest baobab trees and is over 800 years old. 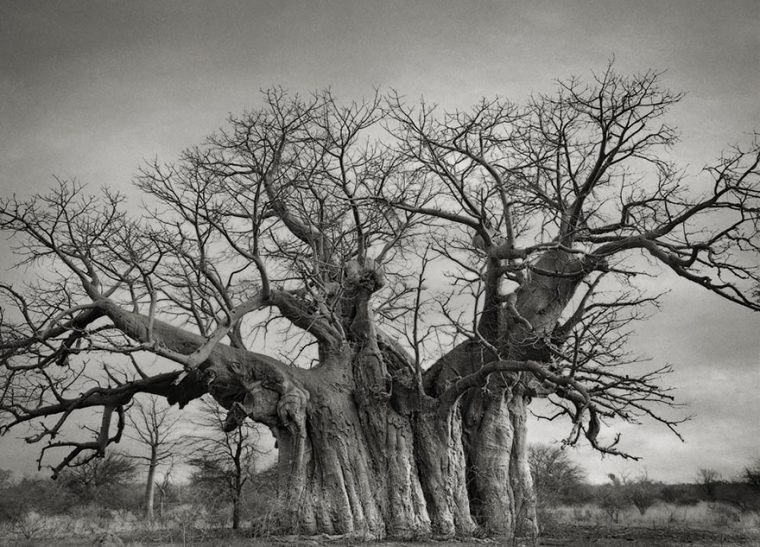 Ancient Yews growing along the tops of these cliffs in Ardingly, England, United Kingdom, have some remarkable exposed tree roots cascading over the rock formation. 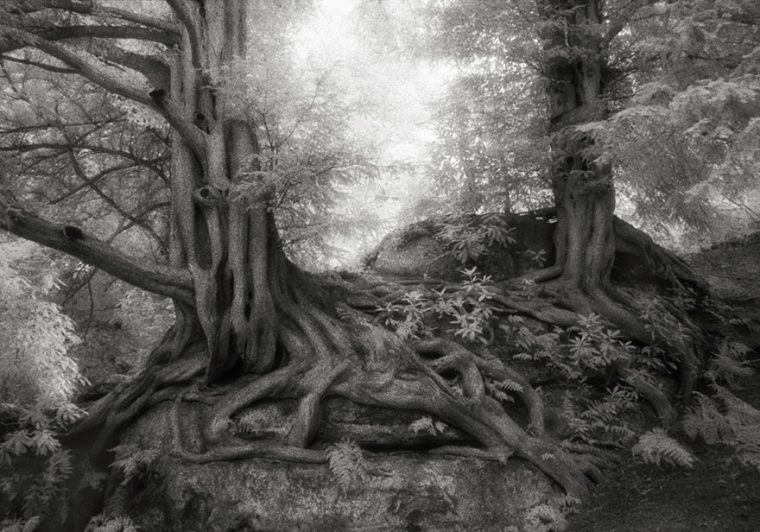 Heart of the Dragon

The Socotra dragon tree or dragon blood tree, is a dragon tree native to the Socotra archipelago, part of Yemen, located in the Arabian Sea. It is so called due to the red sap that the trees produce. 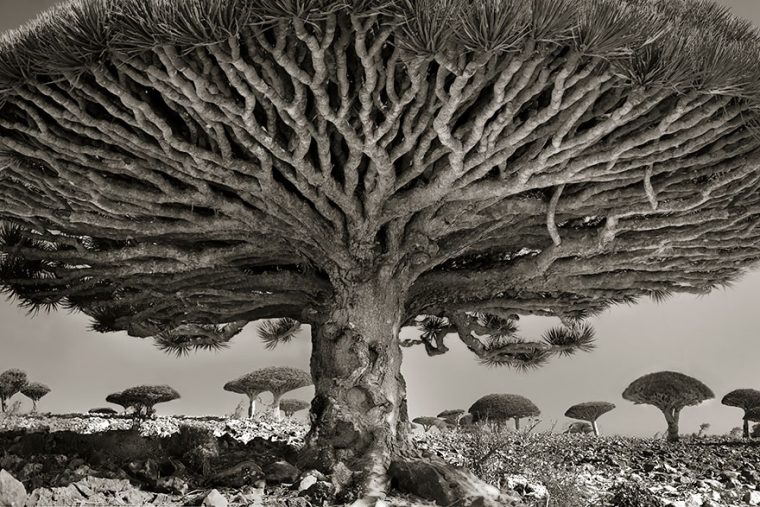 The tree is thought to be 1200 years old, and has the ability to store more than 31000 gallons of water. Toliara, Madagascar 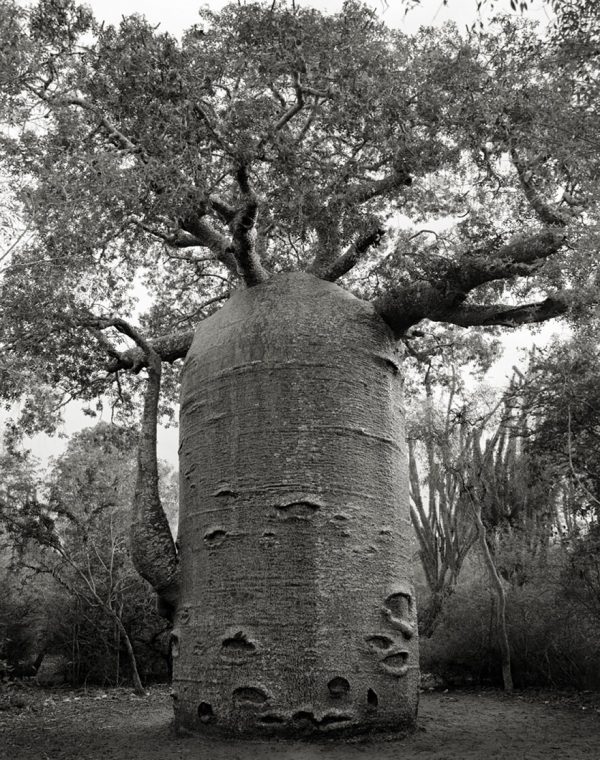 The temples of Angkor Wat in Cambodia represent one of man’s most astonishing and enduring architectural achievements. Today, the temples exist in a neglected, semi-ruined state. The religious monuments have been left as they were found, preserved as an example of what an untamed tropical forest will do to an architectural monument when human hands are withdrawn. 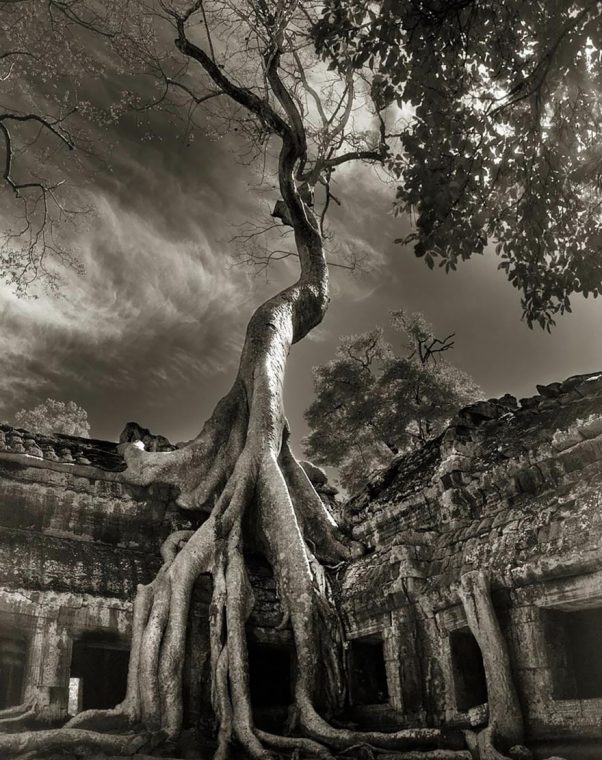 For those who are curious, the oldest stand alone tree that we know about is a species of Pinus Longaeva that is 5,062 years old, and the oldest clonal tree is Pando, which is estimated to be at least 80,000 years old.