The satanic leaf gecko (Uroplatus phantasticus), is a species of gecko indigenous to the island of Madagascar.

It is a mild-mannered reptile that, despite its name, prefers to take peaceful naps in the forests of Madagascar. It has evolved an extreme method of camouflage: becoming a dead leaf. 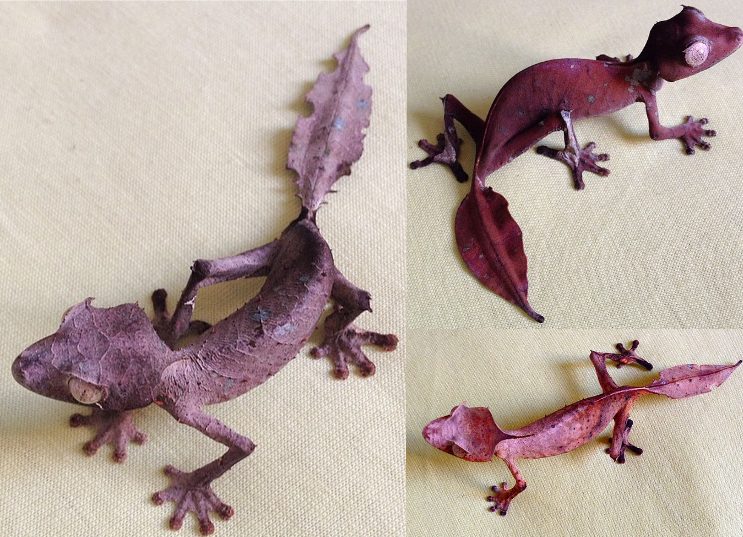 The satanic leaf-tailed gecko is one of 13 recognized species belonging to the gekkonid lizard genus Uroplatus, which were discovered on the island of Madagascar in the 17th century. The 13 species are broken into several groups based, in part, on the vegetation they mimic. U. phantasticus belongs in the group named U. ebenaui, which is comprised of three members, including U. malama and U. ebenaui: all three look like dead leaves.

All leaf-tailed geckos have long, flat bodies with triangular heads. The satanic leaf-tailed gecko is mottled brown, gray, tan, or orange in color, the same shade as the decaying leaves in its natural environment. The gecko’s body is curved like the edge of a leaf, and its skin is marked with lines that mimic a leaf’s veins.

But the most remarkable accessory in the leaf-tailed gecko’s disguise is undoubtedly its tail: The gecko has the longest and widest tail of all the U. ebenaui group. The lizard’s tail is not only shaped and colored like a leaf, but it also bears notches, frills, and imperfections to more closely resemble a dead leaf that has been gnawed on by insects.

Reinforcing this camouflage for the satanic leaf-tailed geckos is their behavior: They’ll spend the day hanging motionless off of branches or snuggling among dead leaves, often twisting their leafy tails around their bodies. 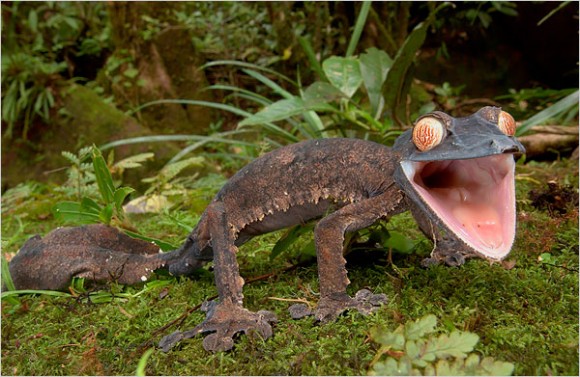 Other larger species in the satanic’s genus have still another strategy for sleeping safely during the day, flattening their bodies against tree trunks and limbs, making good use of those famously grippy feet (a magic power derived, by the way, from countless hair-like structures that allow some geckos to even stick to inverted glass panes, not that nature would ever ask them to). Fringes and flaps along the edges of their bodies help erase their outlines and shadows, dissolving the geckos into the bark. 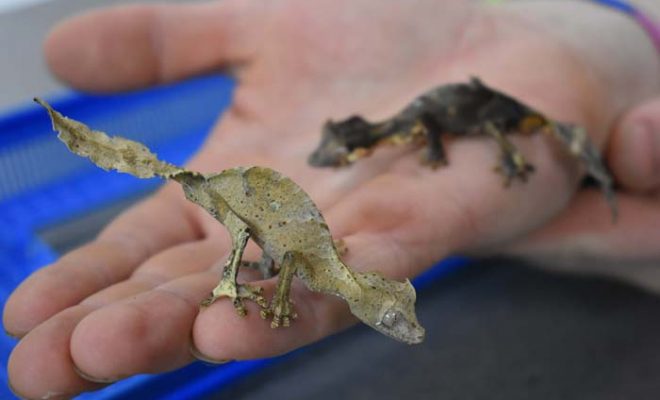 “Both strategies, to mimic dead leaves or tree bark, are obviously very successful to bluff diurnal predators that rely on their vision, especially birds,” said Graw. “A similar strategy has evolved in the Australian leaf-tailed geckos that resemble Uroplatus, although they are not closely related. However, it remains remarkable that these strategies have not evolved more often among geckos from other parts of the world.”