Are you ready for the sweetest video this year? We have it right here- an English Bulldog and a Florida manatee share the cutest moment ever.

Kayaking in Florida is a relaxing pastime. Some folks even share these adventures with their furry friends and family. One bulldog named Frapp was lucky enough to join his owner on one of these excursions, and met a friendly manatee along the way.

If you don’t know much about manatees, there is one thing you should know: they are incredibly gentle creatures.

Manatees are typically found in shallow coastal areas and rivers where they feed on sea grass, mangrove leaves, and algae. These herbivores munch on food for almost half the day, eating ten percent of their body weight in plant mass every day. With weights of up to 1,200 pounds, that is a lot of vegetation. 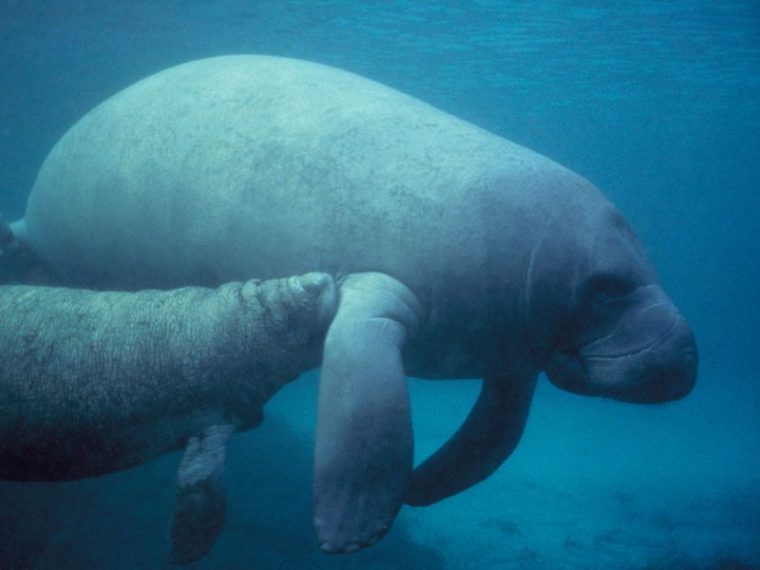 Manatees go to the surface of the water every three to five minutes to breathe although they can remain underwater longer, holding their breath for up to 20 minutes. When they do take a breath, 90 percent of the air in their lungs is replaced.

Also, they have rather small brains for their size. They may not be as clever as dolphins, but manatees can learn basic tasks, are extremely sensitive to touch and can differentiate colors.

Which might be why this particular manatee was so friendly with Frapp.

The English Bulldog, Frapp, wants to say ‘hello’ and express his excitement when he sees the sea cow. And it looks like the sea cow is pretty interested to exchange a greeting as well.

You can hear Frapp’s dad cautioning him to not get too excited, as he awaits his new friend surfacing. Eventually, the adorable duo end up bopping snoots, or ‘rubbing noses’, in a delightful interaction. Frapp’s dad laughs over how cute this whole thing is, and you probably will too.

Watch their adorable encounter below.

It should be noted that people enjoying water sports should take precautions around manatees as they are protected under federal law by the Endangered Species Act of 1973, which makes it illegal to harass, hunt, capture or kill any marine mammal.

The general rule around manatees is “look, but don’t touch.”