These happy newlyweds went for their honeymoon to the Caribbean, but soon their paradise vacation turned into a nightmare.

Clay and Acaimie Chastain from Indianapolis, US went to visit the Caribbean island of St. Kitts for their honeymoon. They made a hike to the dormant volcano Mount Liamuiga. 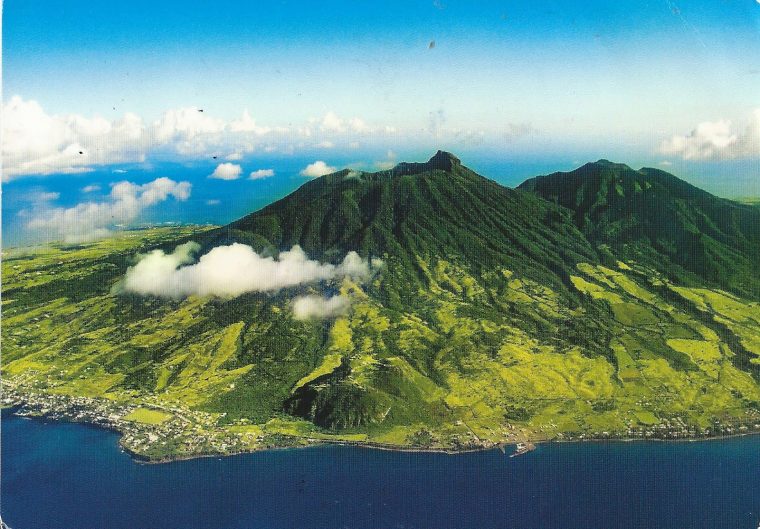 After a 3-hour long hike to the top of the mountain, without a guide, Clay wanted to climb down into the volcano for a better view of the scenery around, while Acaimie stayed back due a fear of heights.

“One second I’m climbing, the next second the world is spinning, and I can hear her calling down to me,” Clay told the Indianapolis Star, saying that his memories of the fall — which cracked his vertebrae and gave him a severe concussion — are a blur.

New bride Acaimie had no choice but to follow Clay into the volcano after he fell, and told the Indianapolis Star that she “was freaking out about what I was going to find at the bottom.”

Luckily, Clay was alive and able to rally the strength to climb out and walk back down the mountain with his wife’s help. 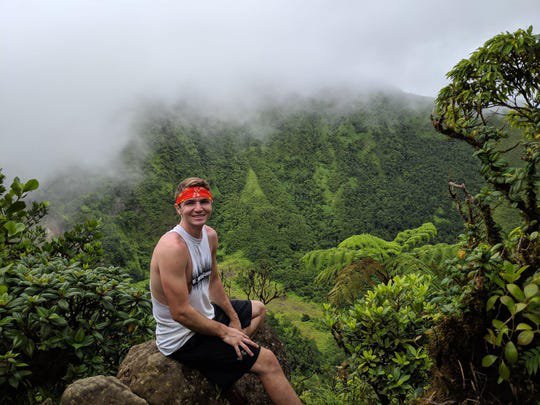 On finding him, she discovered that there is no cell service, nor any other hikers around. So it fell on her to get her husband out of there, back to the base of the mountain – another 3 hour long hike.

“I heard a really loud snap and then what sounded like a huge boulder rolling down the hill.”

Clay had enough strength left in him to climb out of the volcano and walk 2 miles back to the base, but he stumbled and even vomited on their way back, leaning completely on his wife for support. Acaimie, who is only 5 ft 2 inches tall, supported and carried her husband all the way back down. Half way down, once they were back in cell coverage, she called for help and the paramedics arrived at the base to take Clay. 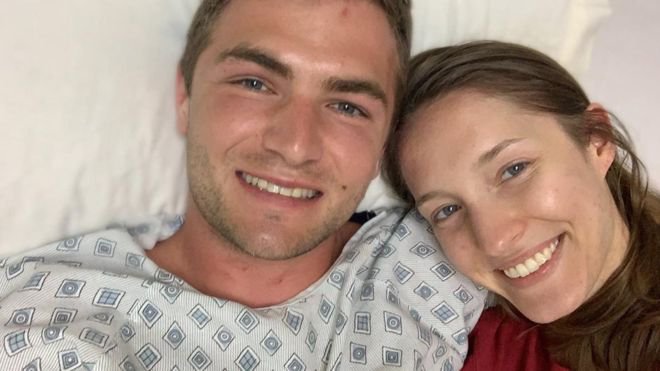 Clay was taken to a local hospital, but his injuries, including air entering his brain tissue, prevented him from being able to be flown back to the U.S. until now.

“It was a miracle that he was able to support himself for as long as he did with the injuries he had,” Acaimie said. Clay also fractured his skull and lost hearing in his right ear, according to the Indianapolis Star.

The couple managed to raise more than $30,000 (£24,000) in funds to help get Clay back the US. He is in now in Fort Lauderdale, Florida recovering from his injuries.

“Well everyone. I am so blessed and excited to announce that we have met and even exceeded our goal! I’ve truly been blown away by the amount of support that you all have shown both in your gifts and in your thoughts and prayers,” the campaign’s organizer said in an update Tuesday.