Armed with needles and a yarn of wool, teams of avid knitters danced Thursday to the deafening sounds of drums beating and guitars slashing at the first-ever Heavy Metal Knitting World Championship in eastern Finland.

With stage names such as Woolfumes, Bunny Bandit and 9″ Needles, the participants shared a simple goal: to showcase their knitting skills while dancing to heavy metal music in the most outlandish way possible.

“It’s ridiculous but it’s so much fun,” said Heather McLaren, an engineering PhD student who traveled from Scotland for a shot at the “world title.”

‘‘When I saw there was a combination of heavy metal and knitting, I thought ‘that’s my niche.'” 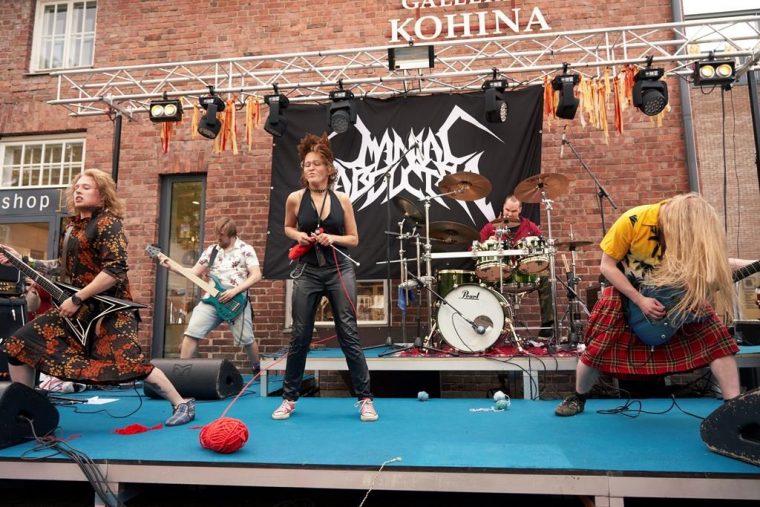 The competition took place in a packed square in the small town of Joensuu close to the Russian border. An eclectic group of around 200 people watched the performances, from families with young children and elderly to the less conspicuous heavy metal fans donning leather-jackets and swirling their long hair to the fast-paced rhythm of the music.

A niche musical genre in many countries, heavy metal is more mainstream in Finland, with several bands household names frequently played on the radio. Its popularity grew further in 2006 when the Finnish band Lordi won the Eurovision Song Contest dressed as monsters.

Today, Finland has the highest number of heavy metal bands per capita in the world with over 50 bands per 100,000 people. 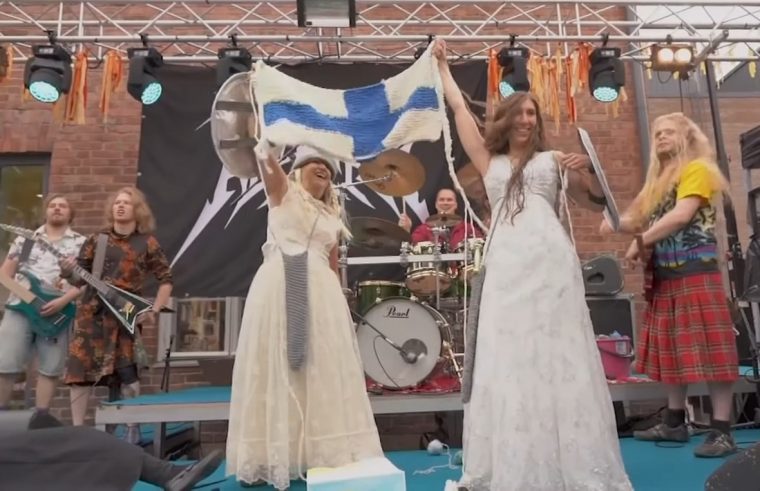 “In Finland it’s very dark in the wintertime, so maybe it’s in our roots. We’re a bit melancholic, like the rhythm,” said Mark Pyykkonen, one of three people judging the competition.

While combining heavy metal music with knitting might not seem an obvious match, the organizers say it’s similar to other unusual events in Finland, such as world championships in air guitar, swamp soccer, and wife carrying — Finnish ways of goofing around and making the most of the long summer nights in these northern latitudes.

“We have such dark and long winters,” said Mari Karjalainen, one of the founders of the event. “This really gives us lots of time to plan for our short summers and come up with silly ideas.”

Thursday’s competition saw participants from nine countries, including the United States, Japan, and Russia, put on inspired performances full of theatrics, passion and drama and the jury struggled to agree upon a winner.

Finally, it was a Japanese performance by the five-person Giga Body Metal team that clinched the title with a show featuring crazy sumo wrestlers and a man dressed in a traditional Japanese kimono. 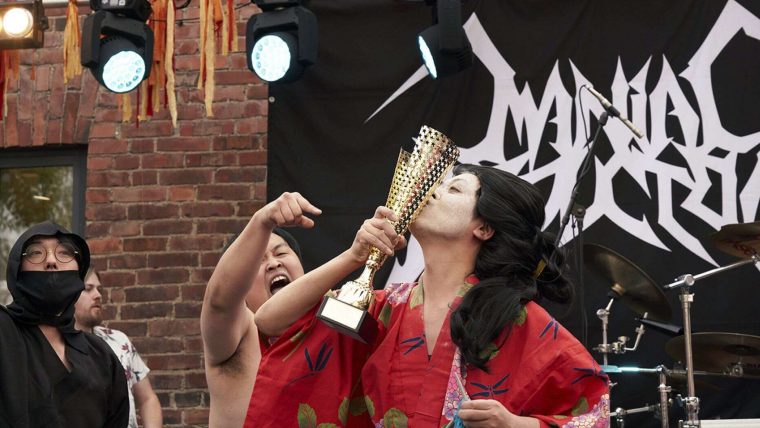 “It’s a great release,” said Elise Schut, a 35-year-old nurse from Michigan who performed with her 71-year-old mother and 64-year-old family friend, Beth Everson, who added that “knitting is such a meditative activity but now it’s energetic and heart pumping.”

After the success and fun of this first championship, the organizers announced they would repeat it next summer, adding Heavy Metal Knitting to the already long list of weird and yet hilarious Finland summer gatherings.