Rick Herrmann is a dad who lives in Lafayette, Oregon who recently treated a group of cows with a late evening saxophone performance. Playing the saxophone was a dream of Rick’s for a long time and he finally began to practice with the instrument seven months ago.

Rick says he decided one day there was no better time than the present to make his dream a reality. He went out and purchased a saxophone the same day. He says his talent is only fair after seven months of practice but took his wife up on the suggestion to give the cows a taste of his saxophone skills.

my parents are such goofs they drove out to the backroads so my dad could play the cows the songs he’s been learning on the saxophone pt.1 pic.twitter.com/IHzgxtvo0N

The scene that followed was truly magical. The cows absolutely loved the performance.

Rick says he has always had a soft spot in his heart for cows. He said he spent a lot of time on dairy farms in his youth and had an idea the cows would approach him when he began to play the instrument. 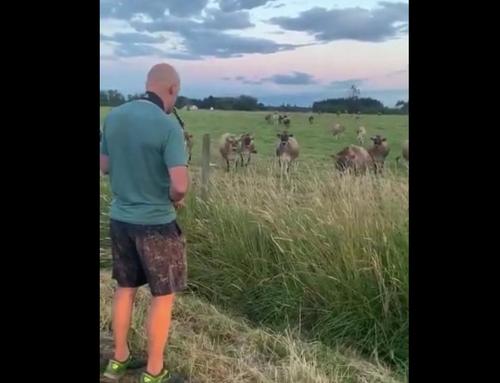 Rick started the performance with the Stevie Wonder hit “Isn’t She Lovely.” He then changed the tune to “Careless Whisper,” a hit made famous in the 80s by George Michael. Rick said it is common for beginning saxophone players to begin learning with the song “Careless Whisper.” He chose the song “Tequila” to complete the three-song set. A neighbor can be heard singing the background to the chorus if you listen closely to the video.

pt.2 listen for the neighbor at the end pic.twitter.com/qdMCnZRzqh

Rick’s daughter Erin shared her father’s performance with videos she uploaded to Twitter. It turned out the group of cows are not the only people that like Rick’s saxophone play. The videos of his performance went viral.

Rick said he only set out to put a smile on a few faces. He said it was humbling to see so many people enjoy the video of his performance in such a short period of time. 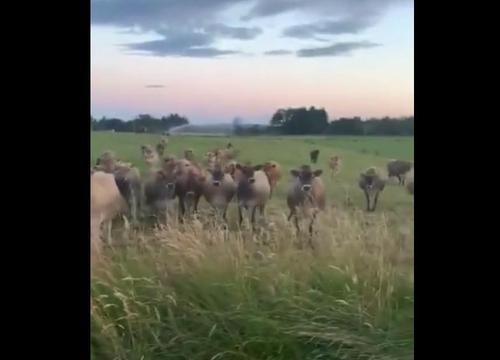 Rick says not every animal enjoys his saxophone play, however. He says when he practices around the house, his family dog is not shy about voicing his displeasure at the sound. He even chewed all of his owner’s reeds at one point, as stated on SmoothRadio.com

Well this story certainly touched our hearts, what did you think about it? Would you play music for a herd of cows?