This is not your common house mouse.

In the middle of the Sonoran Desert, this mother grasshopper mouse tends to her pups. While tiny and adorable, don’t be mistaken. This is not your common house mouse. From the day they are born, these mice are natural killers. Insects, lizards, scorpions, and even, other mice, are all on the menu. This mouse is distinguished from most other rodents in its reliance on a meat-based diet. It regularly takes on prey as large, or larger, than itself.

Making the grasshopper mouse even more of a stand out is its immunity to scorpion venom. Not only can it withstand the typically, deadly stings, its body has adapted to convert the toxins into a pain killer. Before it enjoys another fresh kill, the mouse proclaims its territory, by howling. The mouse throws its head back and lets out a high-pitched cry, into the night sky. Giving it the nickname of werewolf mouse.

But what a grasshopper mouse lacks in stature it makes up for in attitude. Although he may look cute, this toughened mouse is made to survive in one of the harshest settings on earth. 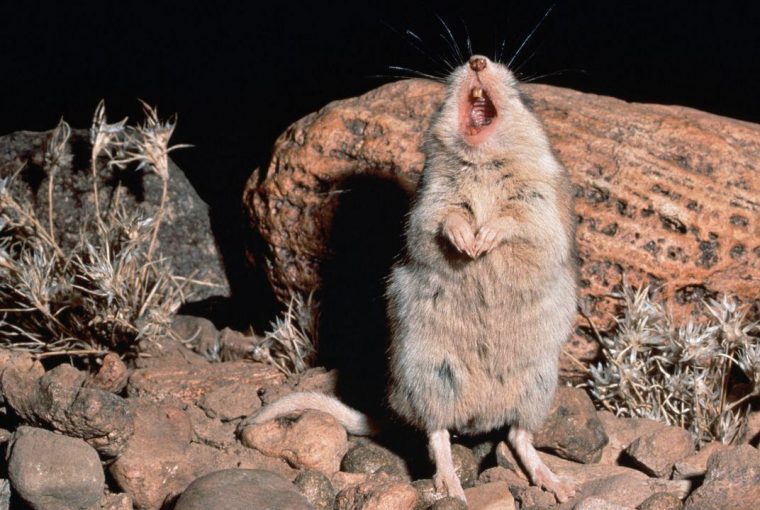 Displaying bravery against the odds, as night falls he emerges to track down and disarm deadly scorpions. As ancient adversaries, interactions between mice and scorpions have occurred over millions of years, giving the mouse an evolutionary advantage.

For the grasshopper mouse, poisonous scorpion venom is transformed to a soothing painkiller, according to The Guardian, allowing the little mouse to prey upon these most poisonous creatures. The grasshopper mouse has also been known to stalk and kill other kinds of rodents.

These mice have an unusual way of staking claim to their territory and to warn others of their presence – they stand on their hind legs, throw back their head and howl at the night’s sky like a miniature wolf. The mouse’s ‘howl’ is pitched between 9-14kHz and when played back at a slower speed it sounds like a wolf howling. 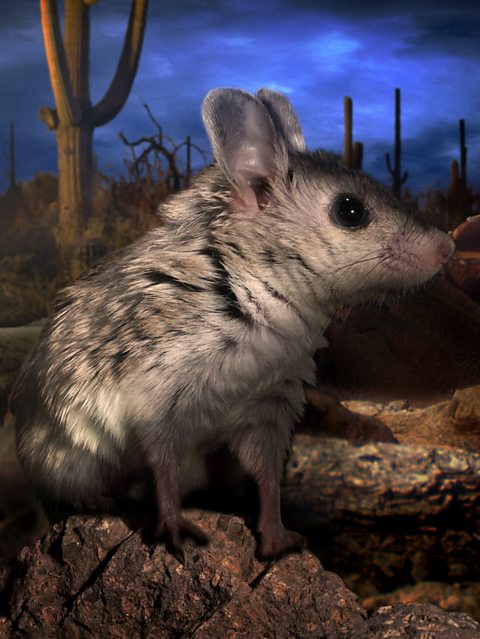 At night the grasshopper mouse is king but the rising sun brings new dangers. Lost and alone our young mouse must find a way to stay alive during the heat of the day and face the unfamiliar creatures that inhabit these baking sands. By day the Sonoran Desert is a world of relentless heat often reaching temperatures of 48°C. No place for a nocturnal mouse.

As for the high-pitched howling, it isn’t just for shock value; the howling is believed to be a way of scaring off predators as well as communicating with other members of this bizarre species.

It’s the kind of thing you just have to hear to believe.