There’s only 24 people living on the island currently, and it has electricity and WiFi, so your needs are met!

Most of us can only dream of quitting the day job and moving to a picturesque island. However, a region in Greece wants to make that fantasy a reality – and they’ll even pay you to do it.

Yes, the island of Antikythira is on the lookout for new residents and is do desperate to bump up the population that they’re willing to pay £450 per month as well as a plot of land to anyone who moves there.

The island itself is located between Crete and Kythira, is 45 minutes by plane from Athens, and is home to just 24 people – no wonder they’re looking to get the numbers up.

There is, of course, a catch – the monthly wage is supported and paid for by the local Greek Orthodox Church, who are only on the lookout for young families.

So bachelors and bachelorettes need not apply. 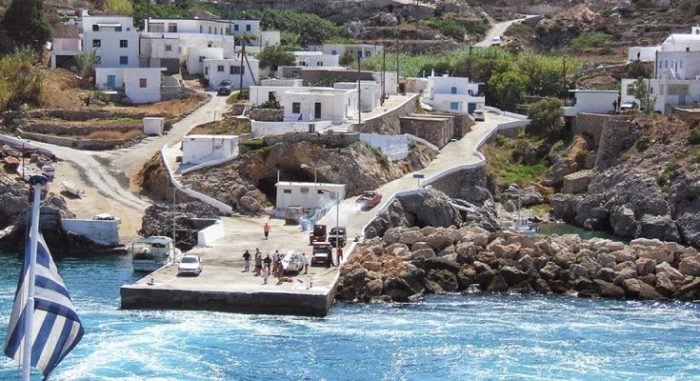 The reason being that they’re hoping to restore the island to its former glory, having previously homed around 300 people.

These figures have dropped over the years as the younger residents fled to find work on the mainland, resulting in an aging population.

By offering a monthly stipend, the Church are hoping it will attract enough people to keep Antikythera’s population going.

New residents will also receive a plot of land to use as they please, whether that be to build a new home or a business.

Mayor of the island Andreas Harhalakis told the Greek website Iefimerida: “We are looking for many families to ‘revive’ our island.”

If this sounds like a bit of you and the fam are up for it, you should probably know that the island is very remote, with no bank or ATM machine and just one shop (don’t worry, it does stock wine).

However, there is electricity and internet connection – phew – and there are plenty of jobs for fishermen, bakers and builders. And if you want your family or friends to visit, there is an Airbnb available to rent.

Not to mention, the island is filled with rustic architecture and surrounded by beautiful sandy beaches.

There are no empty promises here either, as already four families have been accepted onto the grant scheme.

Want in on a chance to live your best life on a stunning island and get paid while you’re at it? Then round up your loved ones and apply on the Antikythira website ASAP.