It’s also one of the few trees that ever got married.

Many years before the invention of Tinder, this over 500-year-old oak tree near Dodau, Schleswig-Holstein, Germany, became a successful matchmaker for humans.

If you haven’t felt the spark of love through online dating apps, it may be time for you to sew your seeds in better places – like under the loving limbs of this tree in Germany.

The Bridegroom’s Oak tree is fabled to have had a remarkable history of helping people find true love.

It all began with a strict father. In the early days of the reign of Kaiser Wilhelm II, the daughter of the Dodau forester fell in love with a chocolate manufacturer from Leipzig. Her father opposed the match (apparently he had no sweet tooth), forcing the young lovers to meet in secret.

They used a hole in a big oak tree close to the forester’s mansion as their amorous letter box. As more and more people told the story of the star-crossed lovers, more and more people began using the 600-year-old tree as a mailbox to deliver their own letters of love to their future soulmates.

The tree was given its own postal address in 1927, and it now receives roughly 1,000 letters per year. People visit the tree, read and take home letters that look interesting, and become pen pals, even get married. 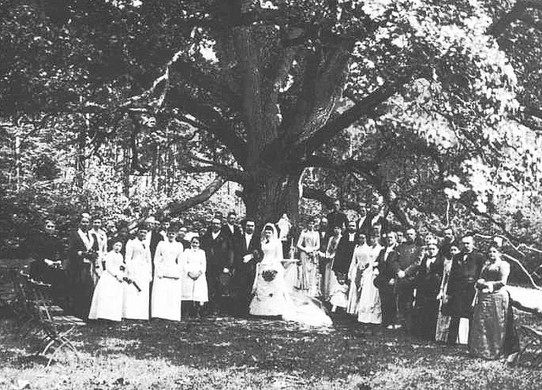 Karl-Heinz Martens has delivered letters to the tree as a mailman for 30 years, and he believes the ancient has a certain kind of “unparalleled” magic.

“I do believe there is something magical about the tree,” he says. “This aura, this tranquility that you have there, this serenity cannot be matched by the internet. I’m getting goosebumps just talking about it.”

The botanical matchmaking is a success story. According to local legend, more than 100 marriages are rooted in letters found in the Bridegroom’s Oak. Funnily enough, Karl Heinz Martens, the very postman who pushed letters down the tree’s hole for 20 years, owes his marital happiness to the oak. A few days after he appeared on a local television program about the tree, he received a personal letter from a young woman from Hamburg via the Bridegroom’s Oak. The two got together shortly after and are married to this day. 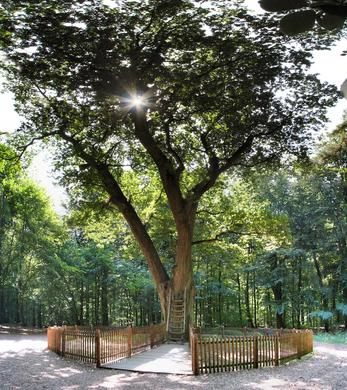 If you’re skeptical about the tree’s ability to call in ‘lady luck’, that’s fine – but you should also known that Martens is now happily married to a woman who sent him a letter through the tree after she saw him in an interview on TV.